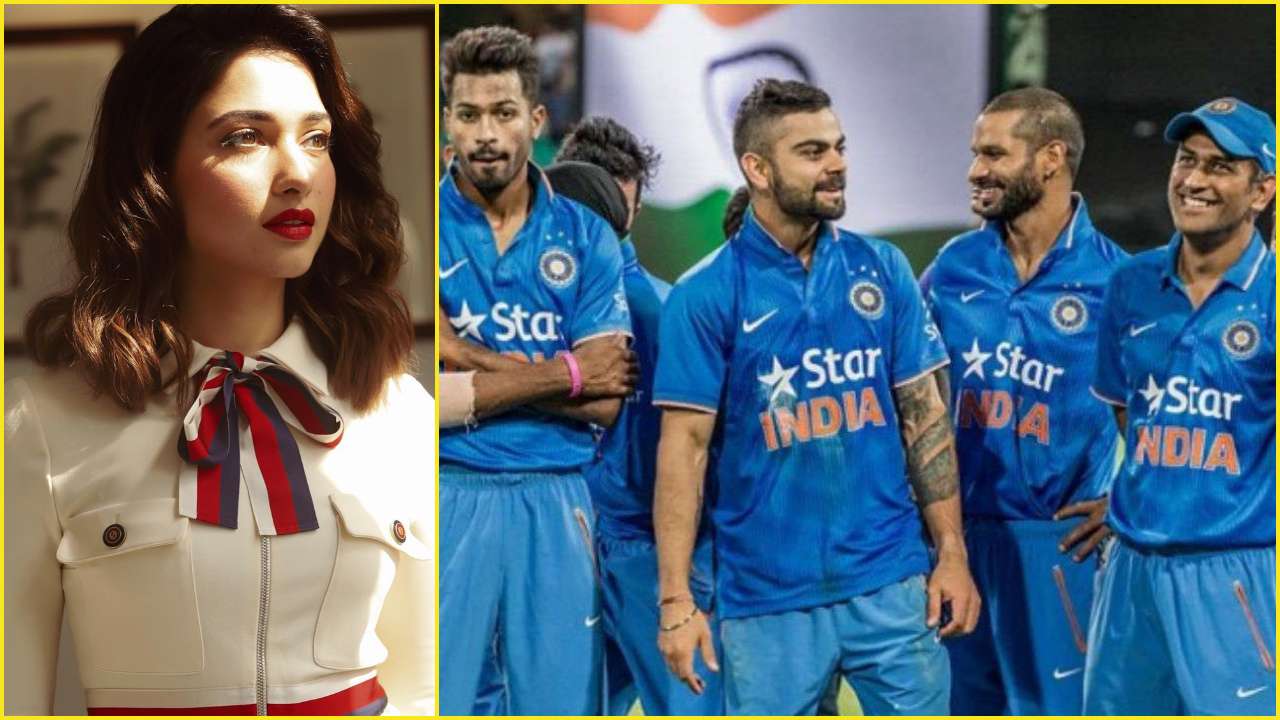 The Indian cricketers have a global fan base all across the world so it is quite national to see Bollywood actors having their favourites players in the national side.

Actress Tamannaah Bhatia announced her favourite cricketer in the Indian lineup. In the past, Priyanka Chopra had also revealed her love for the sport and her two favourite players in the national side as well.

Bollywood and cricket have a weird connection in India. Maybe it is down to them being the most-watched events in the country, but the link lives on.

Tamannaah, who is very much a popular name in the South Film industry, was recently in Abu Dhabi watch the T10 League match between Deccan Gladiators and Qalandars.

During the match, the actress was asked by the host about who her favourite cricketer is.

Without even thinking about the answer twice, Tamannaah replied with the former Team India skipper MS Dhoni's name without any hesitation in her mind.

“Well I mean I am from India, so, you know Dhoni is someone I’m a big fan of,” she said.

There were a lot of rumours which suggested that skipper Virat Kohli and Tamannaah were dating each other in the post but the actress debunked all those rumours earlier this year.