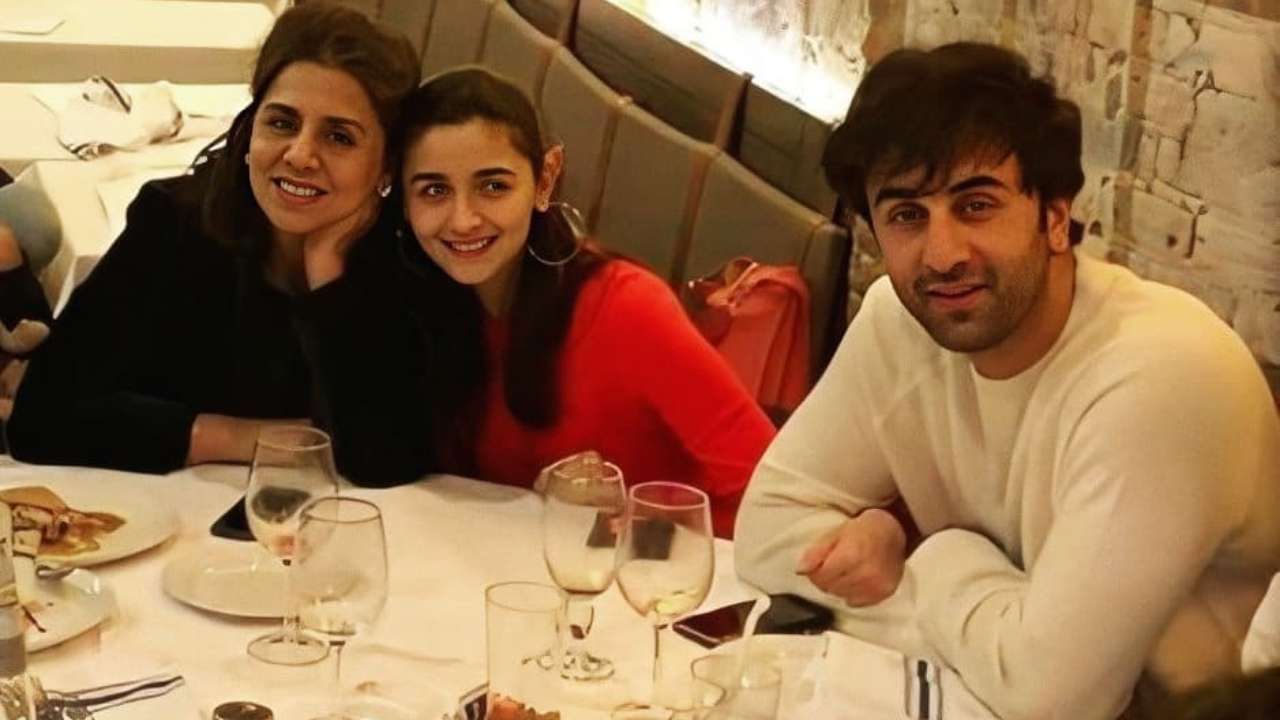 After completing the shoot for Sadak 2, Alia Bhatt headed to Los Angeles for professional commitment and some holiday time too. The actor stayed in La La Land for about a week and came back to Mumbai on Sunday evening. It was even a working Diwali for Alia as she was with her whole family in Ooty shooting for Sadak 2. So this trip to LA was indeed a leisure time for the actor.

However, before heading to the US, it seems like Alia met up with Ranbir Kapoor and Neetu Kapoor for dinner. A cute photo of the three of them has hit the Internet and went viral instantly. In the photo, Alia is seen holding Ranbir's arm while sitting closely with Neetu. The actor looks cute in a red outfit. While RK wore a white sweater and jeans. On the other hand, Neetu is seen in a black sweater. They are all smiles while posing for the camera.

Earlier this year, when Alia was asked what Neetu likes in her, she replied to Asian Age, "Well! How do I know what qualities of mine she likes? You will have to ask her though."

When asked about her equation with Neetu, Alia replied, "Well! These are private discussions between me and Neetu Ji, which cannot be discussed publicly."

Alia was further quizzed how Ranbir's family influences her positively. To which she said, "At the moment, it is important for me to recognize people who have influenced me positively. Ranbir is one of those people. Even his family members bring in loads of positivity in me. Also, Ranbir has always been on my favourite actor and he still is."