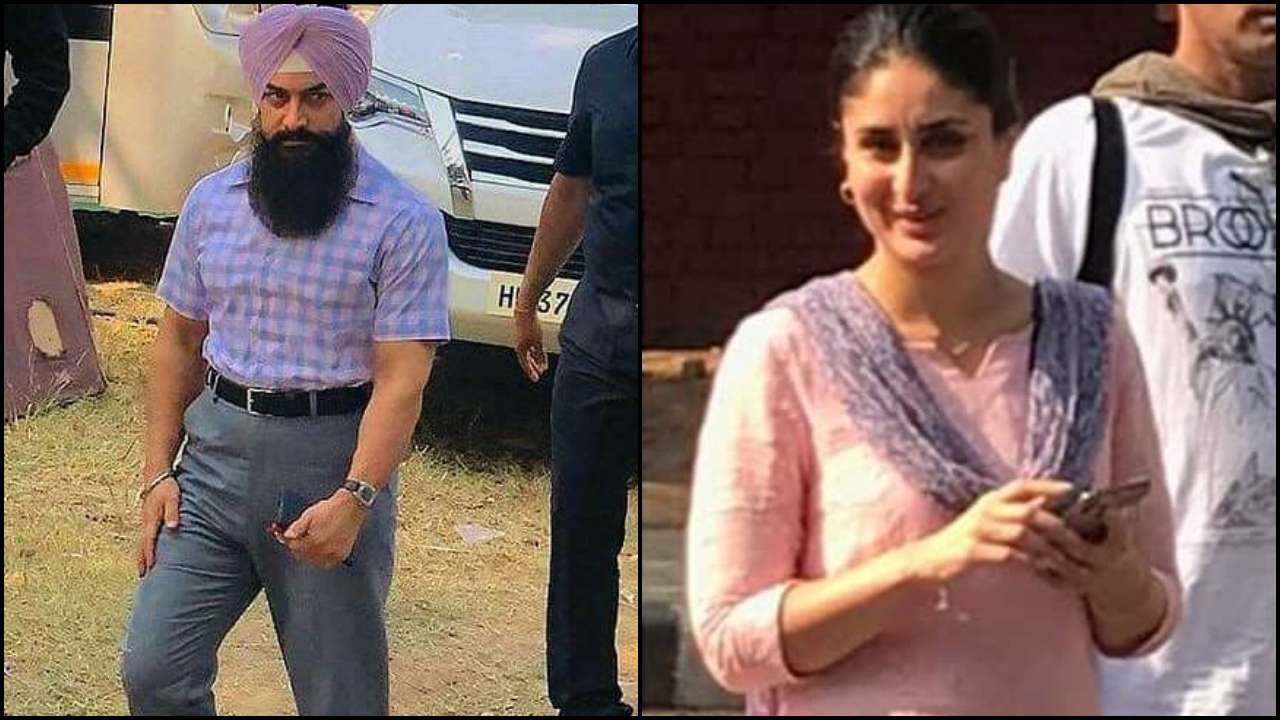 Aamir Khan and Kareena Kapoor Khan have touched down Chandigarh where they kickstarted their upcoming film, Laal Singh Chaddha. The movie is the official Hindi remake of hit Hollywood film Forrest Gump released in 1994 and in which Tom Hanks played the titular role. The film went on floors about a few days ago and the first clap was given by Aamir's mother Zeenat Hussain. Moreover, Kareena took son Taimur Ali Khan with her to Chandigarh for the shoot.

Now, we got our hands on a few leaked photos of Aamir and Kareena straight from the sets of Laal Singh Chaddha in Chandigarh. In the photos, Aamir is seen in a turbaned look wearing a blue checkered shirt and grey trousers with a pair of brown shoes. He is sporting a heavy bearded look and purple turban. On the other hand, Bebo wore a pink kurti and white salwar with a purple dupatta. She tied her hair in a messy bun and also waved at the fans present to see the shooting.

Laal Singh Chaddha is Aamir and Kareena's third outing after 3 Idiots and Talaash: The Answer Lies. The film is directed by Advait Chandan of Secret Superstar fame and is adapted by actor Atul Kulkarni in Hindi.

Apart from Chandigarh, Laal Singh Chaddha will also be shot in Delhi, Gujarat, Mumbai, Kolkata, Bengaluru and Hyderabad among many other places.

The much-awaited film is all set to hit the screens during Christmas in 2020.