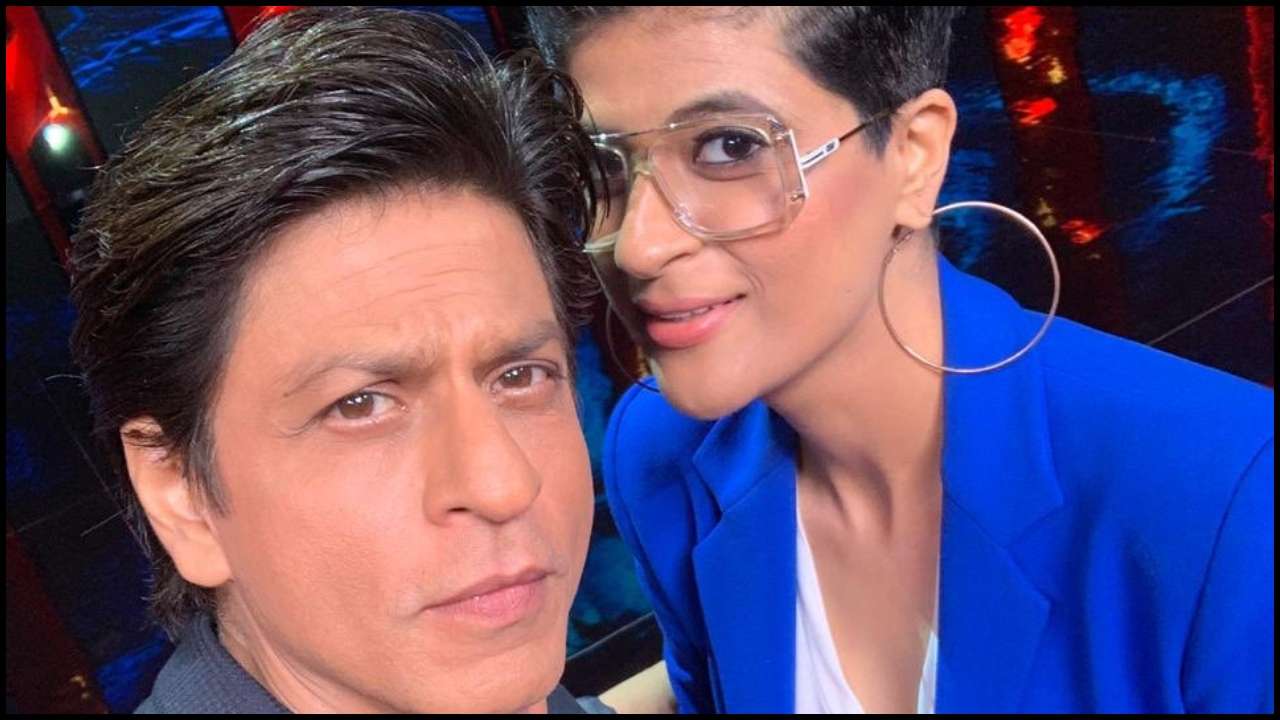 Shah Rukh Khan, who was once rejected in movies for having a fat nose, is now one of the most handsome men in the industry. The actor, much like Ayushmann Khurrana, is recognized for his hair. The actor now got competition from not Ayushmann but his wife Tahira Kashyap.

While Ayushmann is proudly flaunting his bald avatar in his movie Bala, Tahira went ahead and copied Shah Rukh Khan's hairstyle. She had appeared on Shah Rukh Khan's Television show Ted Talks India. Sharing photos from there, Tahira wrote, "Super stoked to be on the stage of #TEDTalksIndiaNayiBaat, Tonight at 9.30 pm on @starplus @hotstartweets @NatGeoIndia @starworldindia @TEDTalks @iamsrk The last picture in this series is for keeps! ( also I am giving a tough competition to his lustrous hair *grin*)"

Seeing her tweet, Shah Rukh Khan couldn't help but shower his love on her in his quirky manner. He wrote, "Everything is good! But Baat Baal tak pahunch jai toh mein personally leta hoon....Bala ki Biwi kahin ki!!! Love you."

Apart from Ayushmann Khurrana, Bala also stars Bhumi Pednekar and Yami Gautam in lead roles. The movie released this Friday and has already managed to come close to Rs 25 crore club. According to a report on Box Office India, the movie has minted Rs 24.50 crore so far.