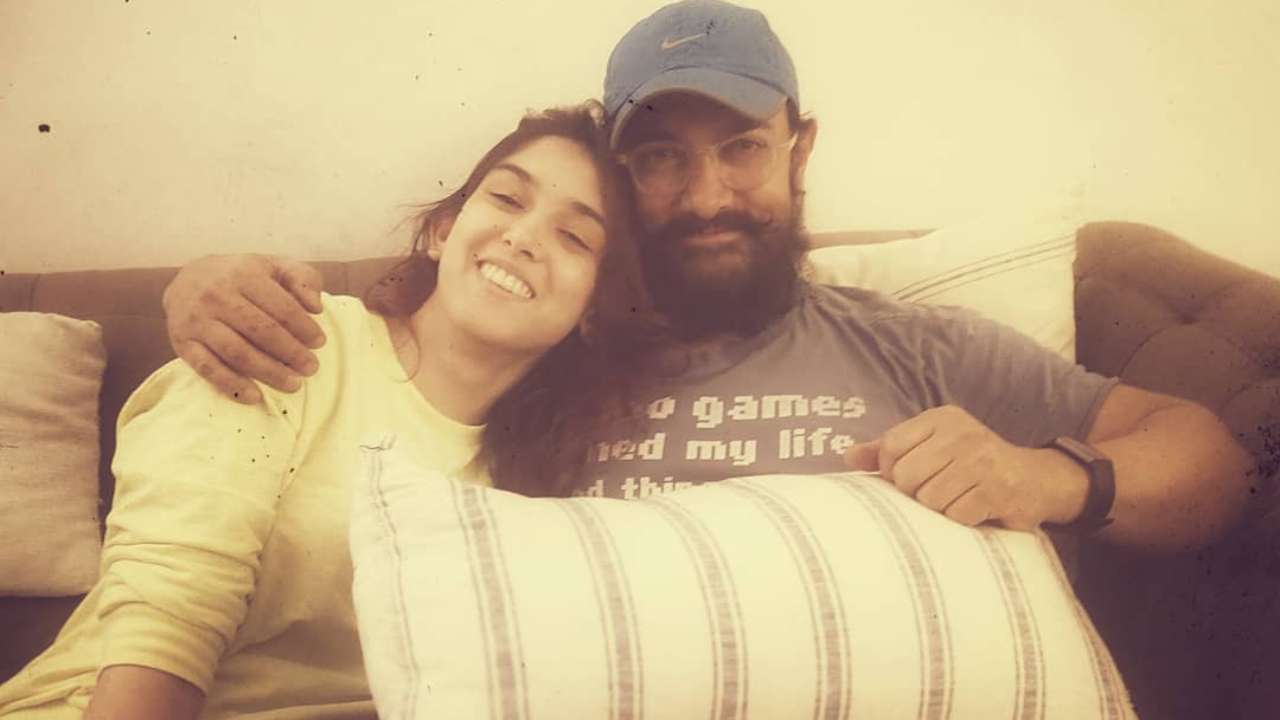 Ira Khan, Aamir Khan's daughter is currently making her mark as a director. She is a pampered kid of the superstar and is often seen sharing photos with him on her Instagram page. On her 21st birthday celebrated earlier this year, Aamir had shared a throwback photo with Ira with a caption stating, "Happy 21st @khan.ira !!! Can't believe you got there so fast! You will always remain 6 for me! Love you. Papa."

Today, Ira shared a cute photo with Aamir clicked at his house. In the photo, the superstar is seen wearing a grey T-Shirt and black chino pants. He teamed it up with a blue cap and black sneakers. While Ira looked cute in a yellow tee and black shorts. She captioned the post stating, "Couch-buddy! #downtime #fatherdaughtertime #couchpotato #smile #cuddles"

Now Ira is all set to make her debut as a director and that too of a play. Titled Euripides' Medea, it is a Greek tragedy and the star kid recently announced that Hazel Keech will be playing the titular role in the play.

Talking about it, she had earlier told DNA After Hrs, "It was never really a choice between directing or acting. I’ve always wanted to make the movie rather than be in it." She also said, "The original was staged in 431 BC. I’m pretty sure my version of the play is slightly different in its presentation."

The play will be produced by veteran actor Sarika and this is her debut as a producer.