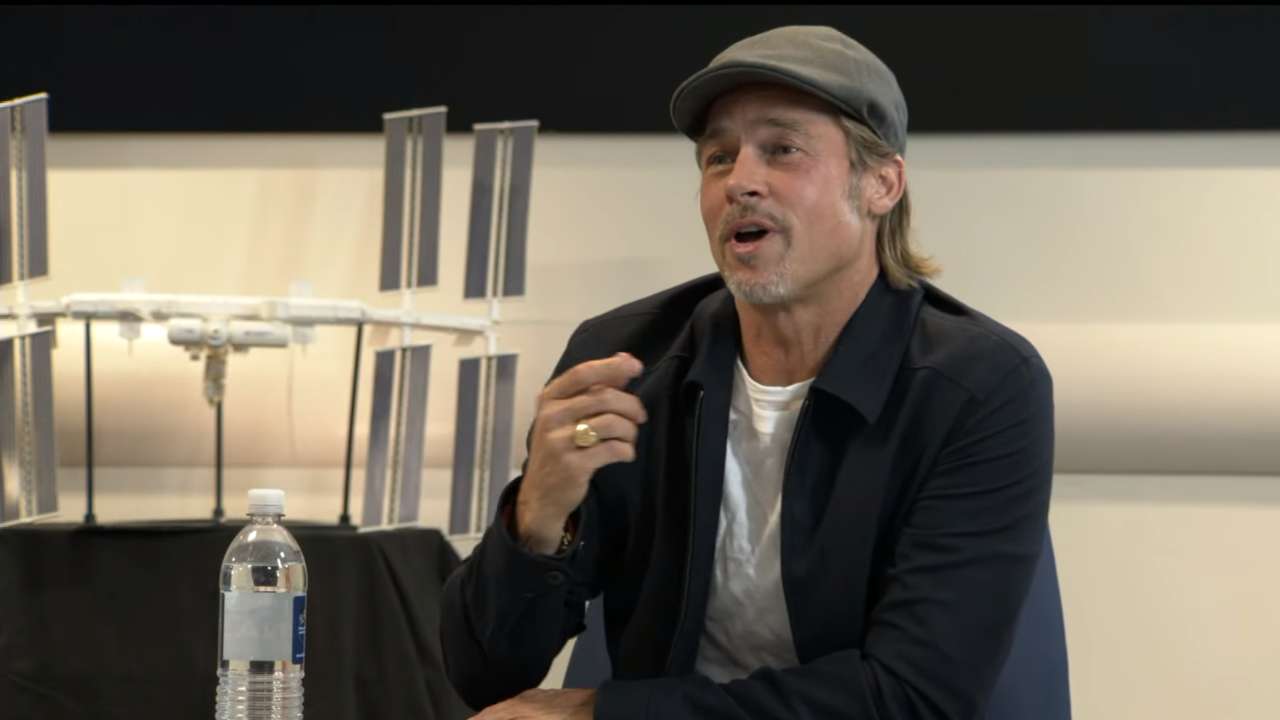 'Could you see that from where you are?': Brad Pitt asks NASA astronaut about India's Vikram Lander which is on the moon

Brad Pitt traded laughs on Monday in a call to the International Space Station with a NASA astronaut, who somersaulted during the zero-gravity interview ahead of this week's release of the actor's new film, the space thriller "Ad Astra."

Pitt peppered astronaut Nick Hague with dozens of questions about what life was like in space. He interviewed Hague from Washington via a transmission line from NASA's Mission Control Center in Houston.

Brad asked about India's Chandrayaan 2, Vikram Lander to the NASA Astronaut. He quizzed, "I got to JPL last week and it was on the day when India was landing on the moon, and the United States was assisting them in that effort. Could you see that from where you are?"

To which Hague replied, "No, unfortunately so I, along with the rest of the crew just had to follow along with the news reports and it's one of those things where international cooperation is important. Because a saying we've got up here is, space is hard."

“Most important question: Who controls the jam box?” Pitt asked, referring to the space station's music.

“We have a rotating playlist, we take turns. And it’s nice because we have the international flair as well,” Hague replied. “Getting to hear some traditional music from Russia over dinner is a nice change, exposure.”

Pitt plays astronaut Roy McBride, who travels to the outer edges of the solar system to find his missing father, confronting a mystery along the way that threatens humanity’s existence back on Earth. "Ad Astra" - whose Latin title means "to the stars" - opens in U.S. theatres on Friday.

The National Aeronautics and Space Administration was given an early copy of the movie's script to provide visual and technical expertise, according to its film and TV liaison, Bert Ulrich. Detailed images of Mars from NASA’s Jet Propulsion Laboratory informed the film’s recreation of Martian landscapes, he said.

“The script did not have a NASA storyline, but there were ways that we could still help them,” Ulrich said in an interview, adding that the film shows some parallels to NASA’s Moon-to-Mars Artemis program, such as the way characters use the moon to travel further to Mars.

After asking questions like how realistic his zero-gravity movements were in a studio environment - as Hague performed one for him - Pitt said he had one last question "and I need to call on your expertise."

"Who was more believable, Clooney or Pitt?” the actor asked, referring to George Clooney, a good friend who played an astronaut in the 2013 film "Gravity" and has starred with Pitt in a number of other films.

“You were, absolutely,” Hague replied.