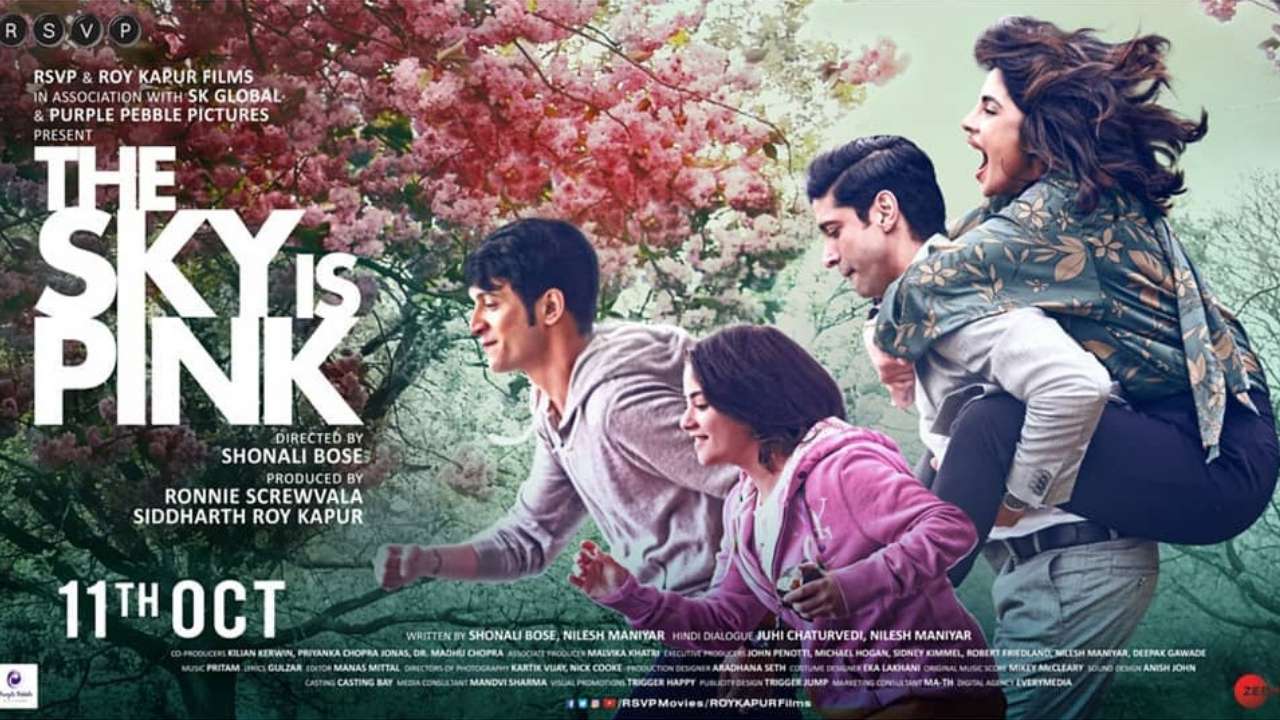 In just about a month, we will see Priyanka Chopra Jonas in a Bollywood film after three long years. Yes, the actor's upcoming film The Sky Is Pink will be hitting the screens on October 11, 2019. The movie also stars Farhan Akhtar, Zaira Wasim and Rohit Saraf in the leading roles. Directed by Shonali Bose, the film is based on the life of late motivational speaker Aisha Chaudhary's parents Niren Chaudhary and Aditi Chaudhary.

Today, Priyanka and Farhan took to their Instagram page and announced that the trailer for The Sky Is Pink will be unveiled on Tuesday. They shared a new poster in which all four including PeeCee, Farhan, Zaira and Rohit are seen running in the woods and enjoying a serene time together. Farhan is piggybacking Priyanka and it's a cute sight, indeed!

They shared the poster and wrote, "In this family, crazy doesn’t skip a generation! We bring to you #TheSkyIsPink trailer Tomorrow at 10 AM!"

On September 13, 2019, The Sky Is Pink will have its world premiere at 2019 Toronto International Film Festival (TIFF 2019) and the whole team is likely to be present during the screening.

This is Priyanka and Farhan's second outing on the big screen after Dil Dhadakne Do, while the latter has directed Desi Girl in Don and Don 2.