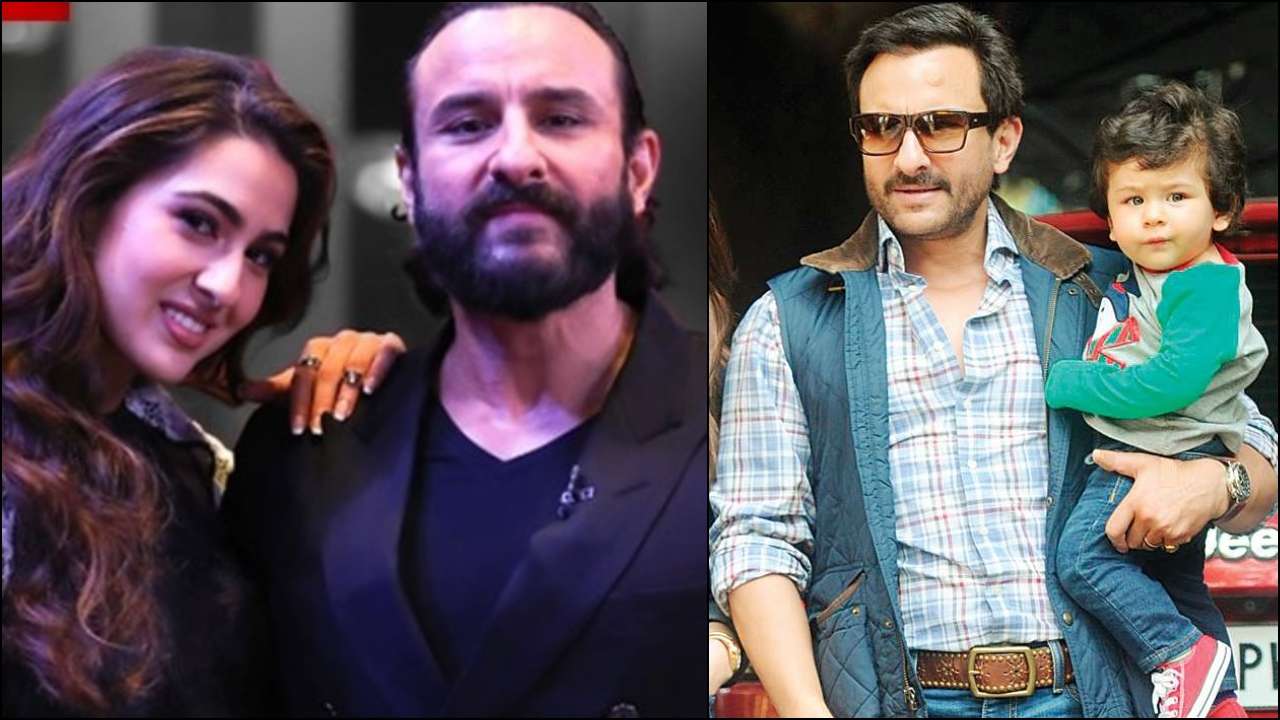 'I love the happiness and contentment Taimur brings to his life': Sara Ali Khan on Saif Ali Khan

Saif Ali Khan can often been seen taking the apple of his eyes, Taimur Ali Khan for a walk or a piggyback ride. From the pictures and videos that we get to see of the father-son duo, it's evident that Saif really cherishes and enjoys his time with Taimur.

Recently, Sara Ali Khan opened up about the equation Saif Ali Khan shares with Taimur in an interview with Femina. The Kedarnath actress was all praises for her little brother and said, "Taimur has the ability to lighten up everybody’s mood by just being there."

Sara further told the magazine, "I am happy to see my father enjoy fatherhood with Taimur because, while he has been a great father to me and Ibrahim, he is at the age and stage in his life where he gets to enjoy fatherhood the way it should be enjoyed. I see the happiness and contentment Taimur brings to his life; I love that." She also added, "Taimur has helped our family bond like never before."

Sara Ali Khan is Saif's first child from Amrita Singh. The Simmba actress is pretty close to her father. Speaking about the influence Saif has had on her, Sara told the magazine, "I have always been daddy’s li’l girl. He tells me that the first time I touched rain and saw snow was with him. He has had a huge influence on me, and we have gotten closer with time. We bonded a lot during my college years as we are both inclined towards academics. Now, I am in the same profession as him, and that’s another factor that has brought us closer."

On the work front, Sara has already completed shooting for Imtiaz Ali's next with Kartik Aaryan. She has also begun shooting for Coolie No. 1 remake with Varun Dhawan.