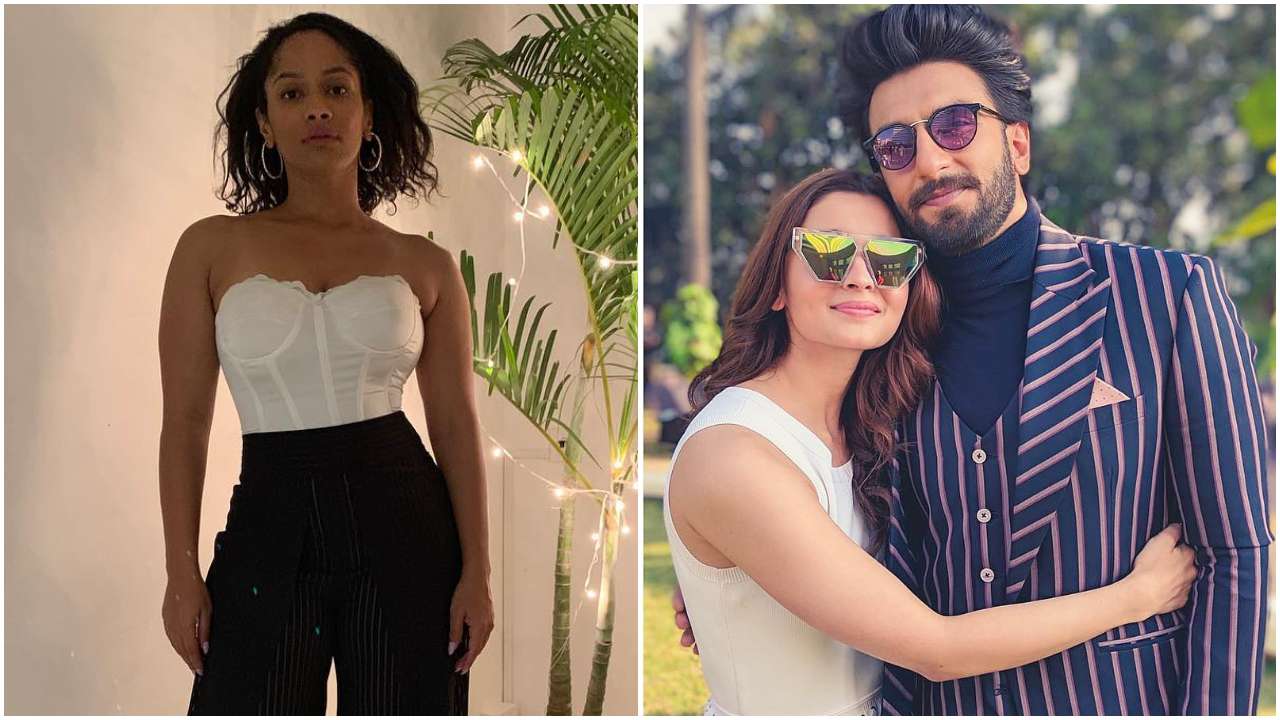 Exclusive! Masaba Gupta says Ranveer Singh and Alia Bhatt will be perfect faces for her 'Game of Thrones' collection

April 16 (AZINS) Ace fashion designer Masaba Gupta is the first official Indian designer to become a licensee and curate Game of Thrones' official merchandise. The ace designer will be launching her collection exclusively on Star World, Star World HD and Star World Premiere HD during the airing of GoT season eight episode 1 tonight at 10 pm. Her collection includes a clothing line, jewellery line and tech accessories. This is definitely one of its kind collaboration which Masaba announced last year on her Instagram page much to the excitement of the fans.

We caught up with Masaba, who in an EXCLUSIVE tête-à-tête spoke at length about this huge collaboration, being a fan of the show and who can become the perfect face for her GoT collection.

Congratulations on this huge deal! Since the time, you announced about this collaboration fans have gone berserk and they can't wait to see the collection.

How did this collaboration fall into place?

Well, Black, White and Orange which is the company that handles the HBO merchandise in India, they reached out to us about two years back and they said that they would like for us to do the official merchandise and jewellery for Game of Thrones. And I was I just didn't know what I would do when done this, like, you know, how could you actually lend the Game of Thrones to clothing? We gave it some thought and really kind of brainstorm. They said that 'we know, you as a brand, you are young and you probably will be interpreted in a very proud way'. So that's exactly what we've done and here we are. We've done about 20 to 25 women's wear, about eight menswear looks and we've done jewellery. So it's all inspired not just a costume in the show, but also by the canvas of the show and by the entire theme and backdrop for the show presents itself, so that's the inspiration for the entire collection.

How overwhelming it was for you when you were approached for this huge collaboration?

Yeah, absolutely, I was like this can't be happening. I was like, Are you sure? Like the Game of Thrones? It took me some time to register and I think it has still not sunk in and I don't think it ever will. I don't think the whole team that's working on the collection also know what hit them. They're a part of possibly the greatest show on TV on a digital platform in recent times, That's history and we are a part of this history, so soon, in our careers.

How long did it take you to create the whole GoT collection?

I think we've been working on it for a good year. But honestly, the main production and creation for the pieces took about three months. But we did a lot of the R & D because we wanted to involve as much or include as many accents and bits and pieces of the show that we could possibly do. So there's a lot of usage of leather, we wanted to do faux leather and not to actual leather. There were little things like that, but it took us six months in total.

What will your collection be priced at?

We've tried to keep the pricing as close to our affordable luxury is what I call it. It's going to be starting at about Rs 12,000 to Rs 15,000 and moving upward. But I think it will be capped at about Rs 45,000 to Rs 50,000 because we didn't want to make it too expensive. I am sure there will be some T-shirts and some really lighter pieces like menswear and stuff which we will be between Rs 8,000 and Rs 10,000 bucks.

How big a fan are you of the show?

I'm a huge fan! I mean, my mum was the one who told me about the show many years back and I was like, let's give it a shot. I didn't know about it and she felt it's incredible. That's how I got into it and now I am a huge fan. I think it's one of those shows that connect with men, women, young people, old people, everybody. So I think it's a very global and very versatile show.

Which is your favourite Game of Thrones character when it comes to fashion and why?

My favourite character is Arya Stark because the evolution of her character has been phenomenal. Someone who from being delicate to a more tomboyish kind of clothes which is her actual being. But I think everybody in the whole show, like Khaleesi and you name it, everybody's such a great inspiration. But for me, the biggest inspiration was the entire canvas of the show, like I said, the palette of the show, the scale of the show was a big inspiration.

When you made the announcement, one of the Instagram users commented: "Are you going to create GoT themed jewellery or is GoT going to feature your collection." Is the latter happening?

Your collection will be exclusively shown on Star World, which is something no one has ever witnessed before. So, how excited are you?

It's exciting! I was just telling my office that we did Instagram show in 2016 so I thought how are we going to top this because that was a path-breaking moment for the industry. No one had ever done this before now every designer does it on Instagram. So we've now taken it to a bigger platform which is on primetime Television. Just the fact that Star World is backing this and believing in it. People who watch TVwho may not necessarily follow me on Instagram or on Twitter, they will kind of discover the brand they will discover me. I am thrilled because can't wait and the teaser and the entire video is actually quite beautiful.

Which is the one Bollywood actor who can be your perfect muse for this collection?

Ranveer Singh because he is himself and no one can match the energy no one can really wear clothes that are so whacky, cool and funky the way he does and not look like he's trying hard. He just looks like he woke up like that. I think if it was a woman, Alia Bhatt. I think because she's super feminine but she's very strong. I know she is a fan of the show. She's one of those people who is like a chameleon. She changes her style too often and I love that about her. She will do justice to the collection.

When will your collection be available for people?

From the end of the April onwards. We will start by sharing the sneak peek on April 16, with the tease along. Then we will go all guns blazing to the people.

House of Masaba completed a decade recently. How would you describe your journey in the fashion industry?

It's actually been really, I would say, mostly sweet. It's been something that I have really enjoyed. I think the industry has been really welcoming in terms of, just accepting me with both arms. I couldn't have been luckier because, in 10 years, I've been able to do what a lot of designers take 20-25 years to do. We have about 11 stores today in all the metros. We even have an online presence. Plus, we are a company that has never spent any money on marketing. We take a lot of pride in the fact that in 10 years we've been able to achieve and create not just the label but also a cult following. People can instantly tell when it's a Masaba outfit, I think that's amazing. That was the aim and I am so glad that it happened.