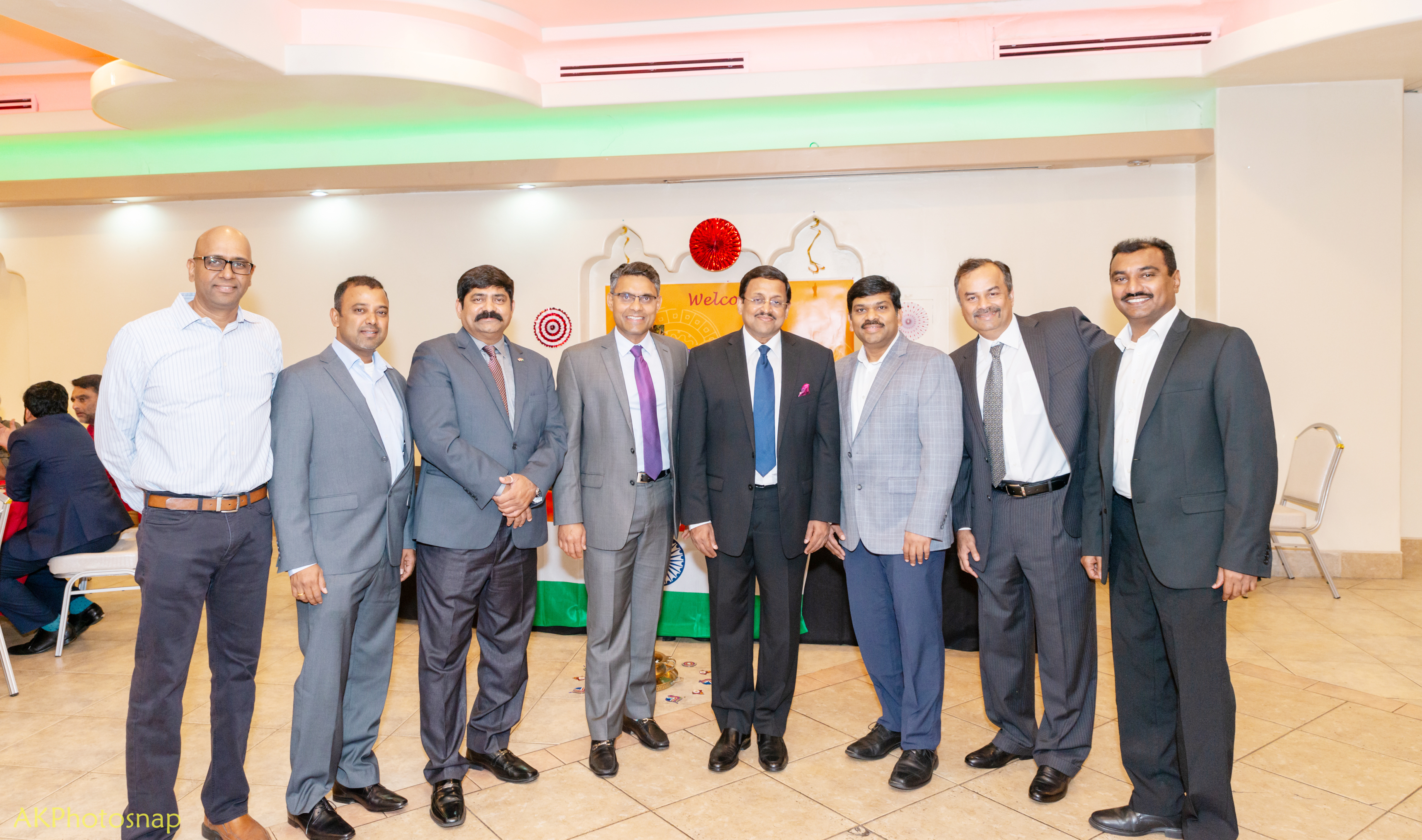 “I am impressed“ were the very first words that Ambassador Sanjay Panda started his address with.  “In such a short notice, you guys could arrange such a wonderful program.”
Ambassador Sanjay Panda was accorded a very warm welcome by the Indian Diaspora here in Phoenix on the 9th June, 2019.   He was accompanied by Deputy Consul Rohith Rathish.  After a short introduction by the President of India Association, Ambassador Panda was felicitated and then he addressed the very distinguished audience of community leaders and technocrats and the valleys entrepreneurs. He mentioned that though he has taken over just a short time ago, he has jumped into his responsibilities right away and trying to provide solutions to the issues that the people are experiencing.  He also praised the strides the Indian diaspora is making in building a strong and modern India.
Well-travelled and very knowledgeable, Ambassador Panda interacted for quite a good amount of time with all the tech entrepreneurs that were present.
Ambassador Panda then witnessed and expressed his pleasure for the beautiful Odissi dance presentation by Pulari Kartha who learnt Odissi from Guru Rajul Shah of Padma School of Odissi Dance. Pulari presented Rageshree Pallavi, an item of pure dance with elaborate movements of lyrical grace and footwork, based on a melody (raga) which is soft, lilting and melodious. In this elaborate dance, beautiful dance passage ran parallel with rhythmic syllables sung musically.
On request by President Babu Raman, Ambassador Panda was facilitated by Mr Venkat Kommineni with a memento and a shawl wrapped around him in the very traditional Indian way.
Deputy Consul Rohit Rathish, who accompanied Ambassador Panda, was also felicitated.
Ambassador Panda did the honors of presenting plaques to the people honored by India Association for their contribution to the community. These honorees included, Dr Vasu Atluri, Dr Gautam Shah, Subhash Thati, Arturo Perez, Dr Sudhakar Reddy, Kolla Sekhar, Hari Gottipati, Harjit Singh Sodhi, Yograj Jayaprakasam, Chandra Ambadipudi and Manju Walia.
Ambassador Panda expressed that he would be back to Phoenix pretty soon.