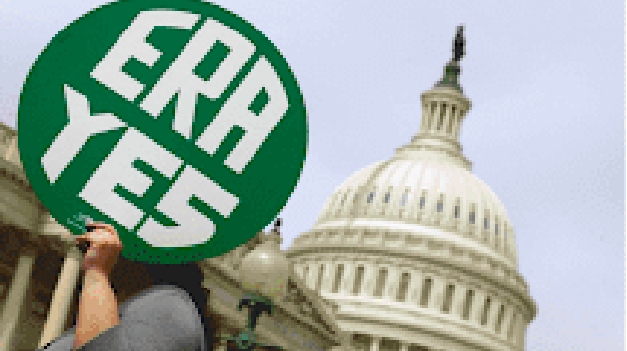 Women’s Equality And The Right To Vote – Aren’t They The Same?

When the U.S. Constitution was written in 1776, many people were left out.  Abigail Adams, wife of John Adams, reminded him as he left to draft the constitution not to forget the ladies because men will be tyrants if they can and women will foment a revolution if they are forgotten.

Women were not mentioned during the convention.  Indians were deliberately excluded since they were not citizens. Blacks were discussed and ended up being counted as three-fifths of a person so that the South would have more representation and receive more federal dollars.

Constitutional amendments were necessary as time and the country changed.  The first ten amendments, The Bill of Rights, were rapidly added as people feared the federal government had too much power.  So those amendments enshrined in law the freedom of religion, speech, the press and the right to assembly and petition; the right of a militia to bear arms; no housing of soldiers in private quarters against the will of the owner; procedures for search and arrest warrants; rights in criminal and civil cases; right to a fair trial, proscriptions on bail, fines and punishments; and a promise that the people retained all other rights.

Women mounted a campaign from 1848-1920 to guarantee the right to vote. The 19th Amendment granting women suffrage was finally passed into the Constitution 99 years ago.  Native Americans were not allowed to vote in U.S. elections until 1956 when they were declared citizens.  Blacks were not allowed to actually vote until after the Civil Rights movements in the 1950-1960s.

So why isn’t that enough?  Equality encompasses far more than just voting.  It requires equal opportunity for education and employment; equal treatment in medical care, housing, banking, etc.; and it requires equal application of laws, rules, and regulations that impact our daily lives from when and how we can drive to what chemicals are found in our food to how clean our water is. Voting is not enough.  All people need equality under the law if we are to truly have a democracy in which all persons are equally valued.

Dianne Post received her J.D. from the University of Wisconsin in 1979.  She was a family lawyer in Arizona for 18 years, before beginning a career in international law.

On the international level she has worked with and for the U.S., O.S.C.E., and the U.N. in places as far flung as Russia, Mongolia, Algeria, Cambodia and Kenya.

Locally she is on the steering committee of the ERA Task Force AZ, the facilitator of the Central AZ National Lawyers Guild, and treasurer for the Central Phoenix National Organization of Women as well as on the Board of the Maricopa County NAACP and the Secular Communities Board.