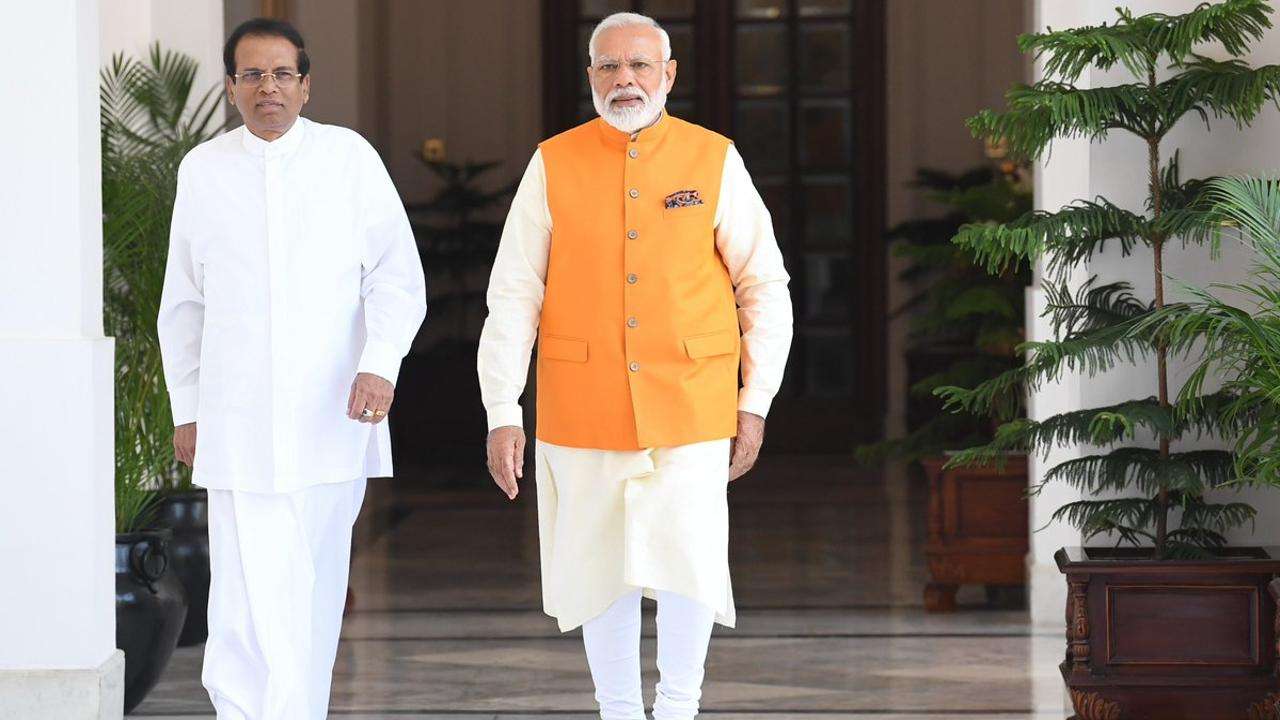 With focus on 'Neighbourhood First', PM to leave for first foreign trip of 2nd term on Saturday

June 7 (AZINS) Ahead of his first foreign visit in the second term, PM Modi has said the visit to the Maldives and Sri Lanka will not only strengthen "close and cordial ties" with both the maritime neighbours but in line with India's ‘Neighbourhood-First Policy’ and SAGAR or Security and Growth for All in the Region doctrine.

Under the SAGAR doctrine, India has been focusing on regional collaboration while under neighbourhood first policy, New Delhi has accorded priority to its relations with neighbouring countries.

PM will be going to the Maldives on Saturday, which will be the first bilateral state visit by an Indian PM to the country in 8 years. Manmohan Singh had last visited the country in 2011. Apart from meeting the top leadership, PM will also address the Maldivian parliament or People's Majlis.

In a departure statement, PM said, 'My visit to the Maldives is reflective of the importance we both attach to our relationship as maritime neighbours and long-standing friends."

Adding, "We regard the Maldives as a valued partner with whom we share deep bonds of history and culture. Our bilateral relations with the Maldives have been greatly strengthened in the recent past. I am confident that my visit will further deepen our multifaceted partnership."

During the visit, both PM Modi and President Solih will jointly inaugurate 2 defence related projects--One is the coastal surveillance radar system and composite training centre for Maldives national defence forces (MNDF), the total value is $180 crores. Many MoUs are expected to be signed including training of civil servants, customs and white shipping.

He will be going to Sri Lanka on Sunday, a visit that has been termed as a solidarity visit. The Indian PM will be the first foreign leader to visit Sri Lanka after the 21st April terror attacks that killed more than 250 people.

On Sri Lanka visit, PM said, "My visit to Sri Lanka is to express our solidarity with the Government and the people of Sri Lanka in the wake of the terrible terrorist attacks there last Easter on 21 April 2019. India stands with Sri Lanka in the fight against terrorism."

During the visit, he will be visiting places impacted by the terror attacks which includes one of the churches in which the suicide attack took place.

Speaking to WION, Sri Lanka's envoy Austin Fernando to India told WION, "Definitely he will like to visit places impacted sometimes because that is going to be standing with another set of people who have been victims of the disaster. His concerns once again, the human concern of the PM"

Modi visited Sri Lanka twice in his first term, first in March of 2015 when he travelled to Anuradhapura, Talaimannar, and Jaffna and then in 2017 when he was the Chief Guest at the Vesak day celebrations.