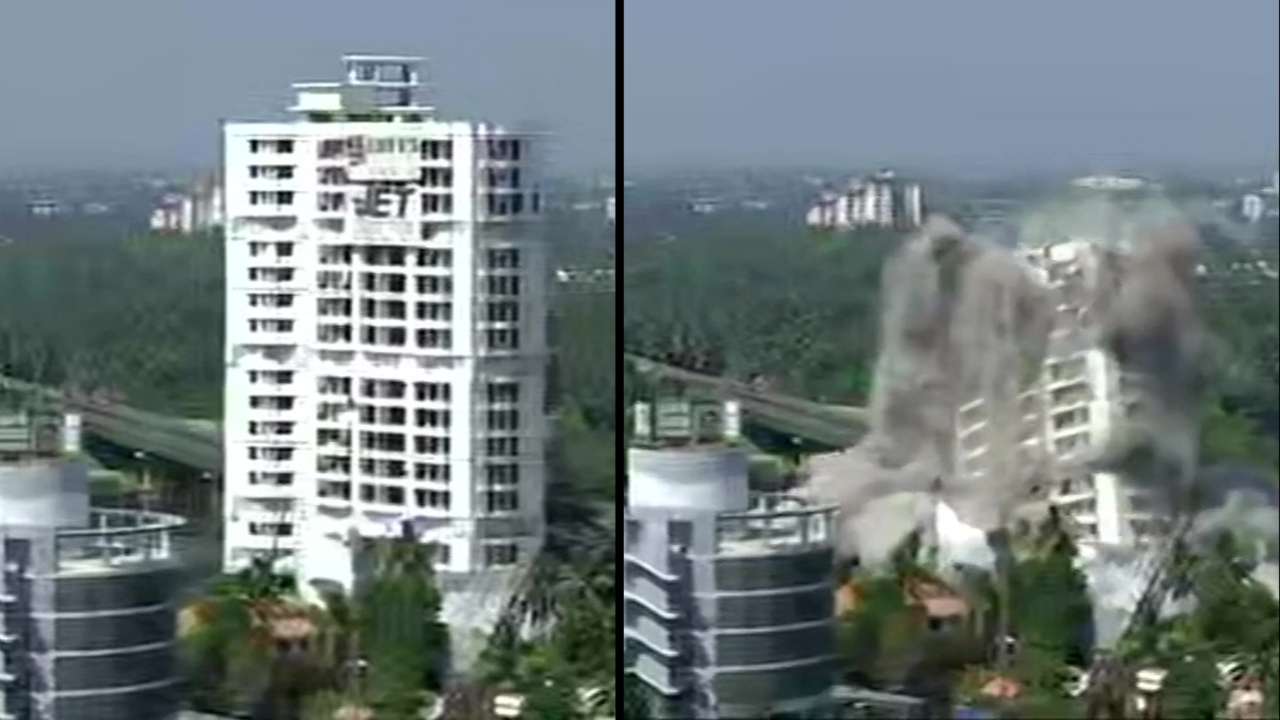 Two out of four illegal residential apartment complexes in Kerala's Maradu were on Saturday demolished through controlled implosion, in a gap of just five minutes.

Following this, the Alfa Serene complex with twin towers was demolished at 11:05 AM using the same implosion technology.

Section 144 and relevant prohibitory orders were imposed within 200 meters of the Maradu apartments during the final demolition of the buildings. The restriction came to effect at 9:00 AM on January 11 and continued till the end of the demolition. Half an hour before the implosion, a first siren was sounded for one whole minute which warned people and ensured that they had left the demolition zone. At 10:55 AM, i.e. five minutes prior to the demolition, another one-minute siren was sounded, alerting motorists and all traffic movement on major roads to stop.

The entire area was demarcated using red flags. As part of the safety measures, 2,000 individuals living in the vicinity of the apartments were also evacuated. Only after ensuring these safety measures were the flats razed to the ground using controlled implosion technology.

The two remaining flats are scheduled to be demolished via controlled implosion on Sunday. The Jain Coral Cave apartment will be demolished at 11 AM and the Golden Kayaloram building will be imploded at 2 AM.

The Supreme Court had directed the Kerala government last year to raze the buildings for violating the Coastal Regulation Zone (CRZ) rules. The state government was also ordered to pay interim compensation to each flat owner