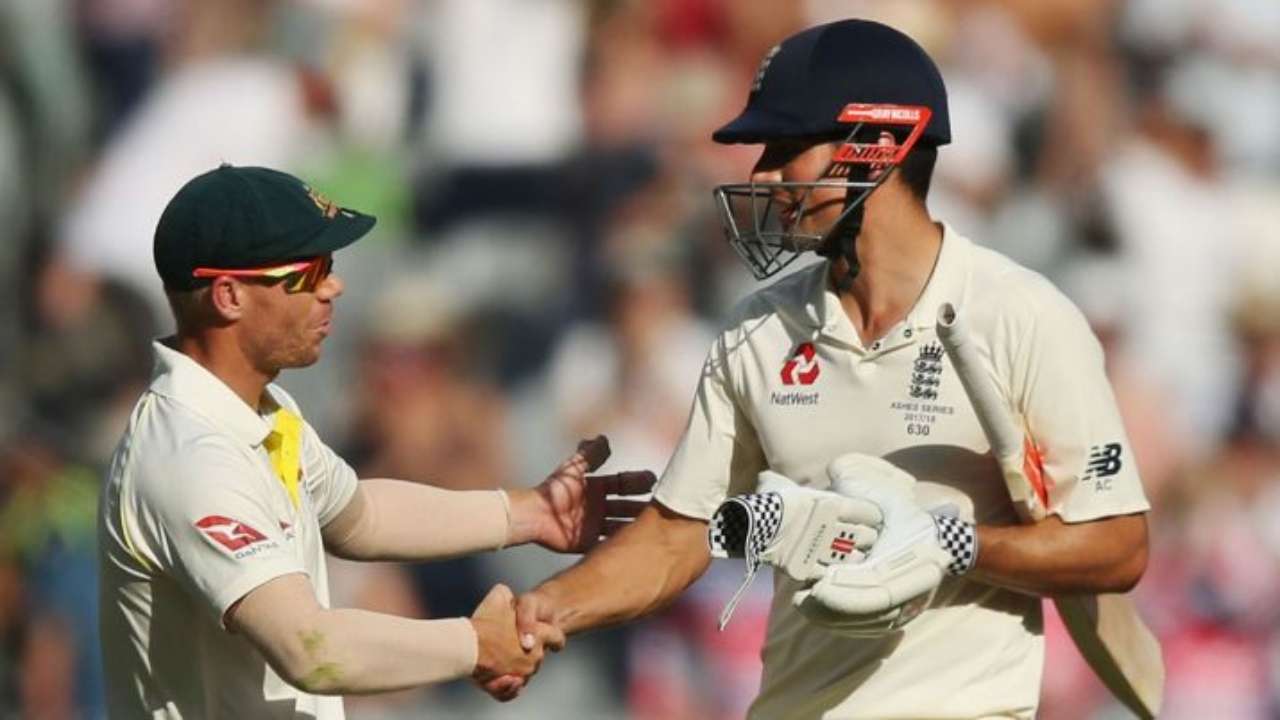 Warner used strapping to accelerate deterioration of the ball in first-class match: Cook writes in his book

Alastair Cook - who retired on 10 September 2018 - has written his new autobiography which talks about various aspects of life on and off the field.

However, what got the attention was the part of his celebration with David Warner and Steve Smith post the 2017-’18 Ashes series.

Cook said that Warner, while celebrating his side’s Ashes win at home, revealed to him after the Ashes series last year that he used substances attached to the strapping on his hand to alter the condition of the ball, according to a report in the Guardian.

“David Warner, a couple of beers into his celebration, mentioned that he used substances attached to the strapping on his hand to accelerate the deterioration of the ball during a first-class match,” Cook has written in his autobiography.

“I looked at Steve Smith who shot a glance that said: ‘Ooh, you shouldn’t have said that.”

“Stuart Broad sums it up pretty well and says they got the ball to reverse swing in that Ashes. Why change what you’ve been doing? Why suddenly use sandpaper?

“People know what was going on. But it’s been the best thing for Australian cricket because they realised it wasn’t acceptable. The win-at-all-costs culture they created isn’t what the Australian public needed or wanted. They’d gone too far.”

Warner, along with Smith, served one-year ban from the game for their involvement in the ball-tampering scandal that unfolded in Cape Town last year. The duo, since their return, have reverted back to their run-scoring ways.