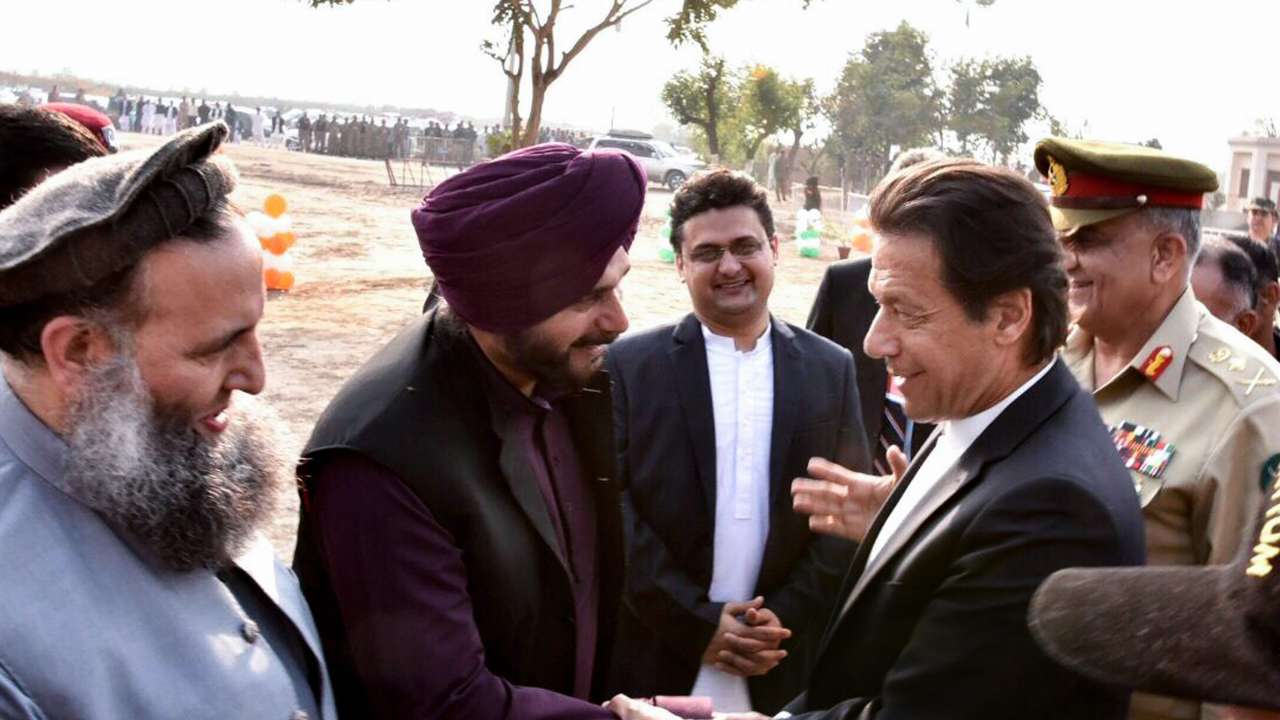 Pakistan has extended an invitation to Congress MLA Navjot Singh Sidhu to attend the inauguration ceremony of the Kartarpur Corridor ahead of the celebrations of the 550th birth anniversary of Guru Nanak Dev. Pakistan Senator Faisal Javed Khan had a telephonic conversation with Sidhu on the direction of Imran Khan and invited him to the ceremony.

Sidhu has accepted the invitation and has sought political clearance from the Centre and the state government.

In his letter to Jaishankar, Sidhu wrote, "It is brought to your kind notice that I have been invited by Pakistan Government for opening ceremony of Shri Kartarpur Sahib Corridor on 9 Nov, 2019. As a humble Sikh, it shall be a great honour to pay obeisance to our great Guru Baba Nanak on this historic occasion and connect to our roots."

"Therefore I may be permitted to visit Pakistan for this auspicious occasion," he said in the letter.

Earlier on Thursday, the MEA said that all those invited by Pakistan to the inaugural ceremony of the Kartarpur corridor will need political clearance.

"I think the political personalities or invitees who think they need to get a political clearance, and those not included in the list will know about it. There won't be surprises," Ministry of External Affairs spokesperson Raveesh Kumar said.

"My understanding is that the normal rules for seeking political clearance for such visits will apply," he added.

Besides his letter to the Foreign Minister, Sidhu has also written to Captain Amarinder Singh seeking permission for the same.

Sidhu, as a minister in Punjab government, had in November last year visited Pakistan for the ground-breaking ceremony of the Kartarpur Sahib corridor on the invitation of Imran Khan. The visit had created a controversy as he had praised Khan and was also seen hugging Pak Army chief General Qamar Javed Bajwa.

Earlier in July, he resigned as a minister in Amarinder Singh's government.

While the inauguration of the Kartarpur Corridor on the Indian side will take place on November 8, the ceremony of Pakistan side will be held the next day. The corridor connects the Dera Baba Nanak shrine in Punjab's Gurdaspur with Gurdwara Darbar Sahib Kartarpur in Pakistan.

India and Pakistan had on October 24 signed the agreement connecting Dera Baba Nanak shrine in Punjab's Gurdaspur with Gurdwara Darbar Sahib Kartarpur in Pakistan. With the signing of this agreement, a formal framework was laid down for operationalisation of the Kartarpur Sahib Corridor.

The first list of pilgrims who will be visiting the Gurudwara Darbar Sahib in Pakistan through the Kartarpur corridor has been finalised on Tuesday. India shared the list of 575 pilgrims, which includes several prominent leaders including former Prime Minister Manmohan Singh, Punjab Chief Minister Amarinder Singh, Union Ministers Hardeep Puri, Harsimrat Kaur Badal and other MPs and MLAs of Punjab.