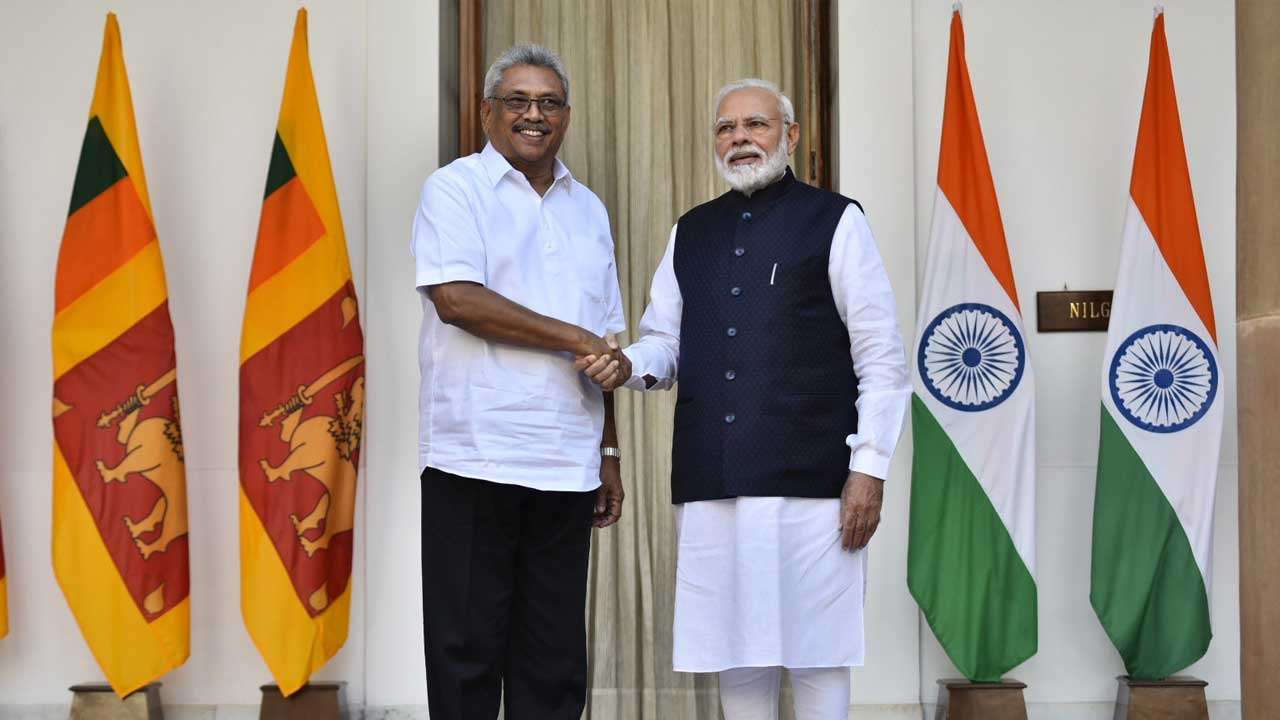 Prime Minister Narendra Modi on Friday announced $450 million line of credit to Sri Lanka to strengthen its economy, including $50 million to fight terrorism after he held talks with the island country's newly elected President Gotabaya Rajapaksa.

Modi also said that the Rajapaksa government will take ahead the reconciliation process to meet the aspirations of the Tamil community in Sri Lanka, adding that the process also includes the implementation of the 13th Amendment.

Rajapaksa is on a three-day visit to India.

"President Rajapaksa told me of his inclusive political point of view on ethnic harmony. I am confident that the Sri Lankan Government will pursue the process of reconciliation to meet the aspirations of equality, justice, peace and respect of Tamils," said PM Modi.

"The procedure of reconciliation also includes the implementation of 13th Amendment," he added.

While talking about the bilateral relations between India and Sri Lanka, Modi said that the two countries share a strong bond. "We give priority to our relations with Sri Lanka under our 'Neighbourhood First' policy," he said.

Modi also informed that he discussed a wide range of issues with Rajapaksa, including the mutual security and fighting terrorism.

"I have discussed in detail with President Rajapaksa on strengthening bilateral cooperation for mutual security and countering terrorism. Sri Lankan police officers in major Indian institutions are receiving counter-terrorist training," he said.

"We also discussed issues affecting the livelihood of fishermen. We agree that we will continue to have a constructive and humanitarian approach in this matter," Modi added.

Prime Minister Modi also congratulated Rajapaksa on his recent election victory and said it is a matter of honour for us that President Rajapaksa chose India for his first foreign trip.

"It is a matter of honour for us that President Rajapaksa chose India for his first foreign trip and gave us the opportunity to honour him in India within two weeks of taking office," he said.