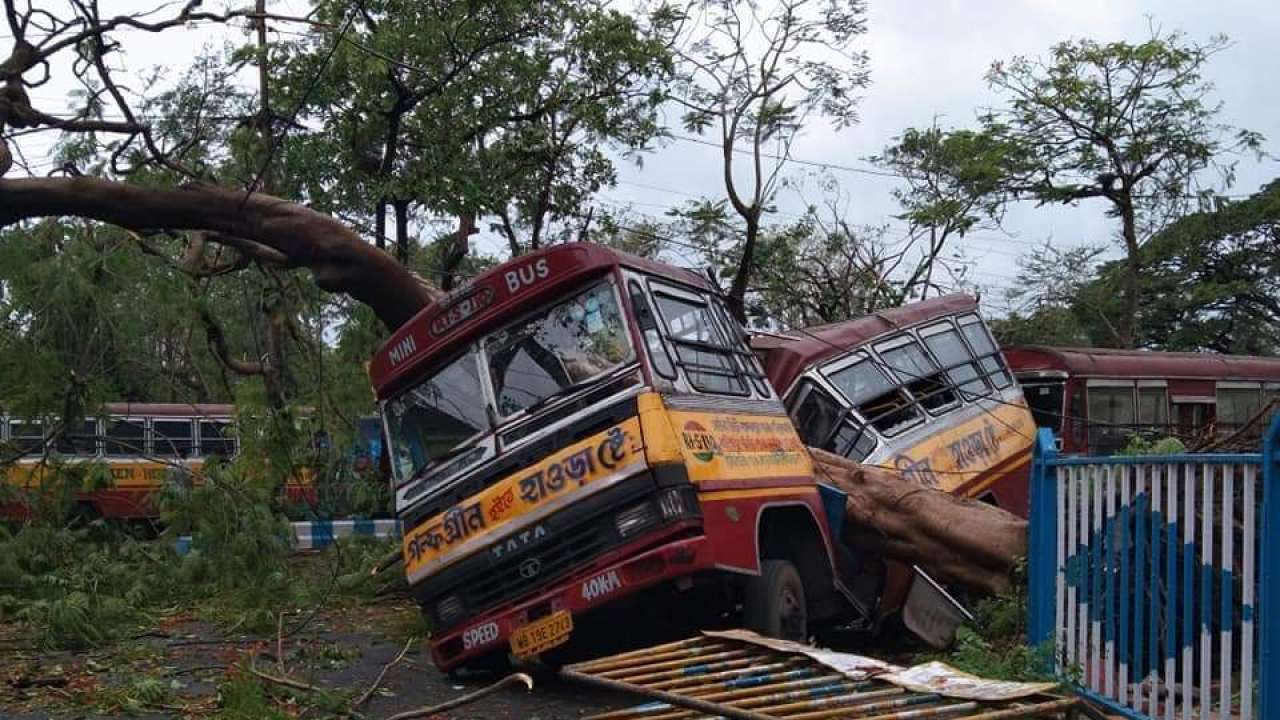 At least 72 dead as cyclone Amphan rips through West Bengal

The extremely severe cyclone Amphan made landfall at 2.30 pm on Wednesday between Digha in West Bengal and Hatiya island in Bangladesh, packing heavy rain and winds with speeds of up to 190 kmph, triggering heavy rainfall and gustings in various parts of the state.

Kolkata and several parts of West Bengal wore a battered look on Thursday after 'Amphan' ripped through the state. The heavy wind and rain blew up shanties, uprooted thousands of trees, electricity poles and telecom towers and flooded low-lying areas.

Large parts of Kolkata and other affected districts were without electricity as power lines have been snapped and poles have been blown up. Mobile and internet services were also down as the cyclone has damaged communication towers in many parts.

Teams of NDRF and State Disaster Relief Force (SDRF) are working on the ground to clear the roads with the help of light and heavy machinery.