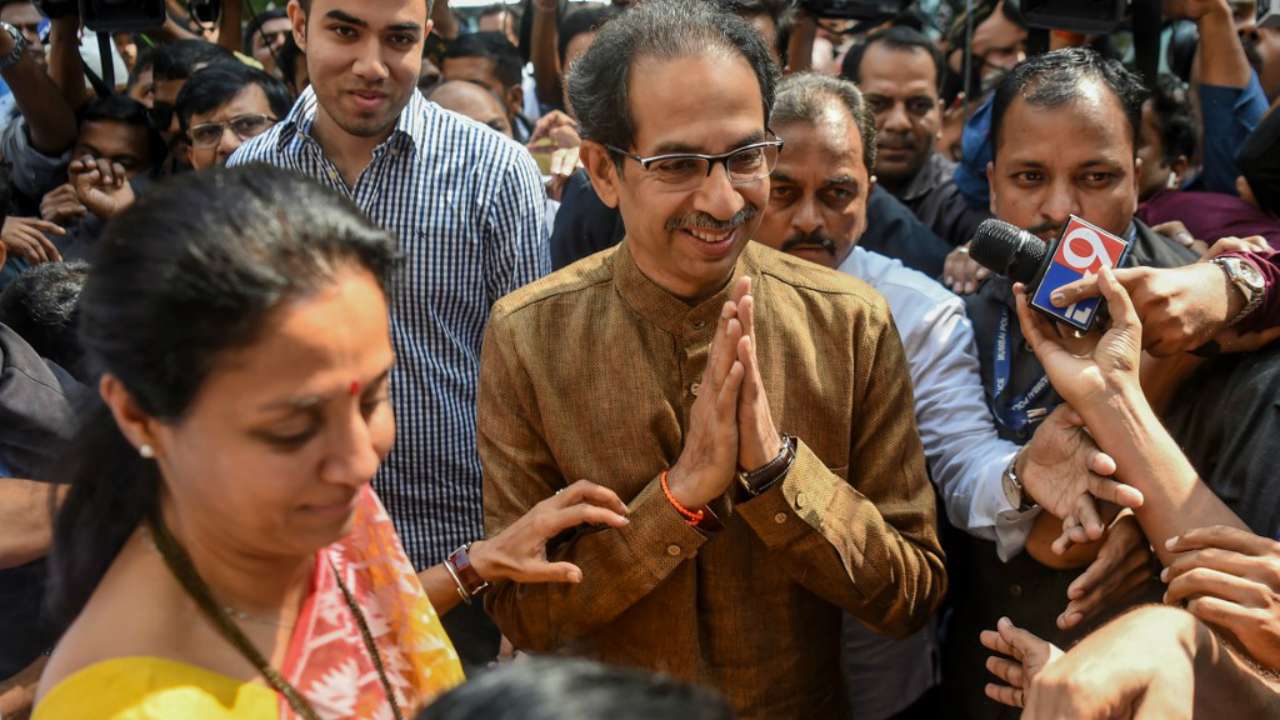 'You should have been here today': Supriya Sule 'misses' Bal Thackeray, Maa Saheb ahead of Uddhav's swearing-in

Supriya Sule, the daughter of NCP supremo Sharad Pawar, turned emotional on Thursday, saying she missed Shiv Sena president Uddhav Thackeray's parents on the day when their son was to take oath as Maharashtra chief minister.

The NCP MP said Bal Thackeray and his wife Meenatai treated her with "so much love and affection more than a daughter."

Sharad Pawar and Bal Thackeray, political opponents of decades, shared cordial relations with both families considered quite close to each other.

Pawar-led NCP and Uddhav's Shiv Sena have joined hands to form a coalition government in Maharashtra. Sonia Gandhi-led Congress is the third partner in the 'Maha Vikas Aghadi' government.

Sena chief Uddhav Thackeray will take oath as the 18th chief minister of Maharashtra at a grand ceremony at Mumbai's Shivaji Park on Thursday.

"Maa Saheb and Bala Saheb - missing you so much today. Both of you should have been here today. They treated me with so much love and affection more than a daughter! Their role in my life will always be special and memorable," Sule said ahead of the ceremony.

Prime Minister Narendra Modi, former Prime Minister Manmohan Singh and Congress president Sonia Gandhi are among a host of leaders invited for the ceremony which will see the first member of the Thackeray family join any government.

Uddhav, 59, will be the third leader from the Shiv Sena after Manohar Joshi and Narayan Rane to occupy the top post in Maharashtra.

The Shiv Sena chief was on Tuesday elected as the leader of 'Maha Vikas Aghadi' by the MLAs of his party, NCP and the Congress.

Three ministers - two each from the Sena, the NCP and the Congress - are expected to take oath along with Thackeray.

As part of the power-sharing arrangement between the three parties, there will be one deputy chief minister from the NCP while the assembly speaker's post will go to the Congress.