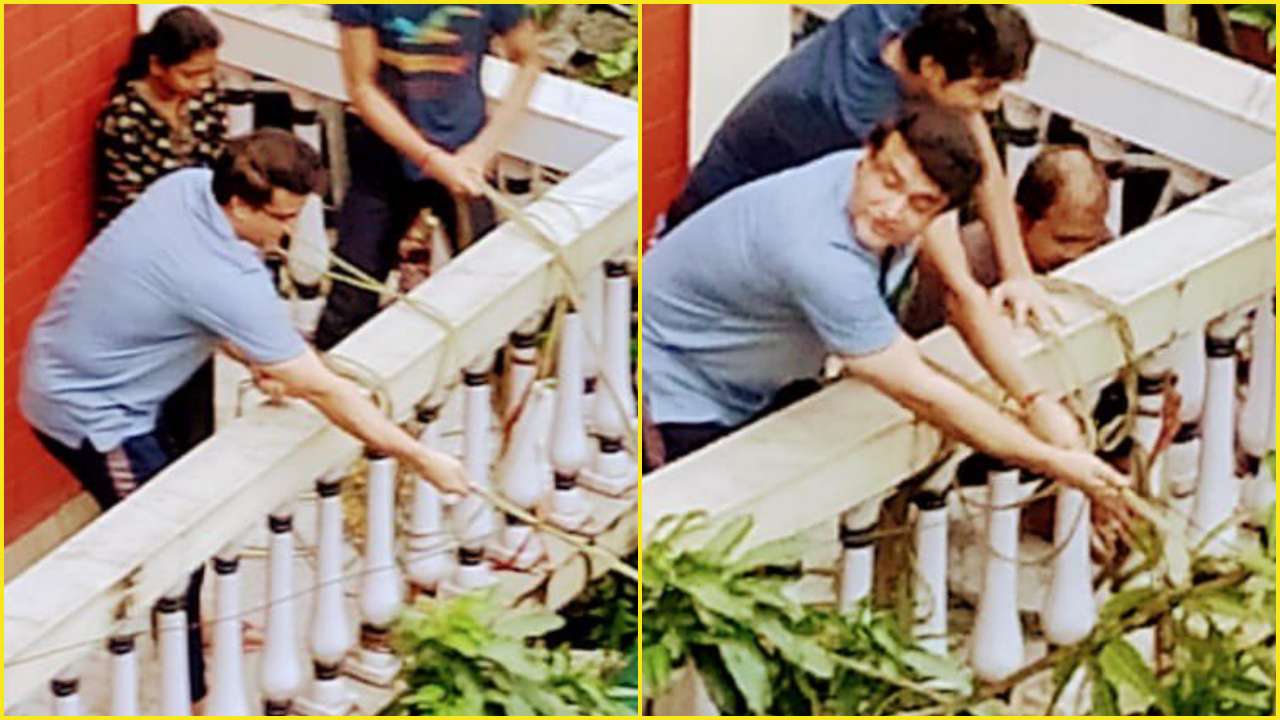 Cyclone Amphan that battered coastal districts of West Bengal including Kolkata on Wednesday caused numerous casualties in the state.

The extremely severe cyclone Amphan made landfall at 2.30 pm on Wednesday between Digha in West Bengal and Hatiya island in Bangladesh, packing heavy rain and winds with speeds of up to 190 kmph, triggering heavy rainfall and gusting in various parts of the state.

Board of Control for Cricket in India (BCCI) president Sourav Ganguly recently took to social media to share photographs of him fixing a tree in the backyard of his house in Kolkata which got uprooted during the storm.

Ganguly said that it is a definition of his strength that he along with some help managed to pull a tree and then fix it.

"The mango tree in the house had to be lifted, pulled back and fixed again .. strength at its highest," Ganguly wrote as the caption.

West Bengal Chief Minister Mamata Banerjee on Thursday said: "Till now, 72 people have died due to cyclone Amphan. I announce a compensation of Rs 2.5 lakh each to the families of those who died in the cyclone."

Kolkata and several parts of West Bengal wore a battered look on Thursday after 'Amphan' ripped through the state. The heavy wind and rain blew up shanties, uprooted thousands of trees, electricity poles and telecom towers and flooded low-lying areas.