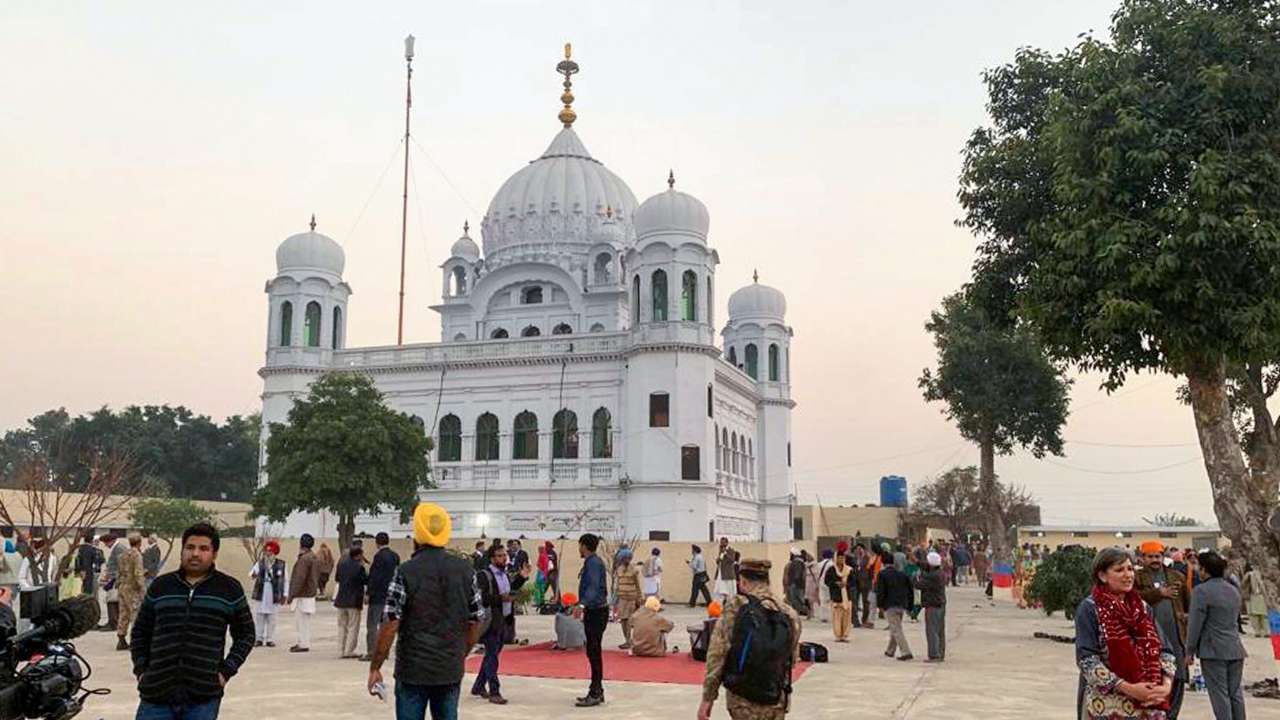 Ahead of the Kartarpur corridor opening, scheduled to be held on November 9, Union Home Minister Amit Shah has released a video song dedicating to the corridor saying let's witness the history being created.

Taking it to Twitter, Amit Shah said, "With the opening of Kartarpur Sahib corridor, when we are marking Shri Guru Nanak Dev Ji’s 550th Parkash Purab, PM @narendramodi has realised the long-cherished dream of millions."

"On 9th, let’s witness history being created as PM @narendramodi dedicates this corridor to the nation," he added.

Further adding, Amit Shah said, "Kartarpur Sahib Corridor is a historic achievement that generations of devotees will remember. It will find special mention in the annals of history. It reflects Modi govt’s commitment towards preserving our rich heritage & universalising the teachings of Shri Guru Nanak Dev ji."

The video showcases facilities at the new corridor for the pilgrims including a state-of-art Passenger Terminal Building (PTB) comples which will have services including immigration facilities and other tourist related query centre to facilititate smooth movement of pilgrims.

The video also displays as to how pilgrims will be able to travel without visa as it is expected that Kartarpur corridor is expected to display around 5,000 pilgrims per day.

However, Indians visiting the Kartarpur Sahib Gurudwara will need a valid passport, the Ministry of External Affairs has confirmed. The development comes as Pakistan has created confusion over the requirement of a passport for the visit ahead of the 550th birth anniversary of Baba Guru Nanak Dev.

"Reports coming in from Pakistan are conflicting. Sometimes they say passport is needed and other times that it isn't. We think there are differences between their Foreign Office & other agencies. We have an MoU, it hasn't been changed, and as per it passport is needed," Raveesh Kumar, the spokesperson for the ministry said.

India and Pakistan had signed an agreement on the operationalisation of the Kartarpur Sahib Corridor connecting Dera Baba Nanak shrine in Punjab's Gurdaspur with Gurdwara Darbar Sahib Kartarpur on October 24.

A couple of days before, Pakistan Prime Minister Imran Khan tweeted that Kartarpur is ready to welcome Sikh pilgrims while lauding his government for completing the construction of corridor on its side ahead of schedule.