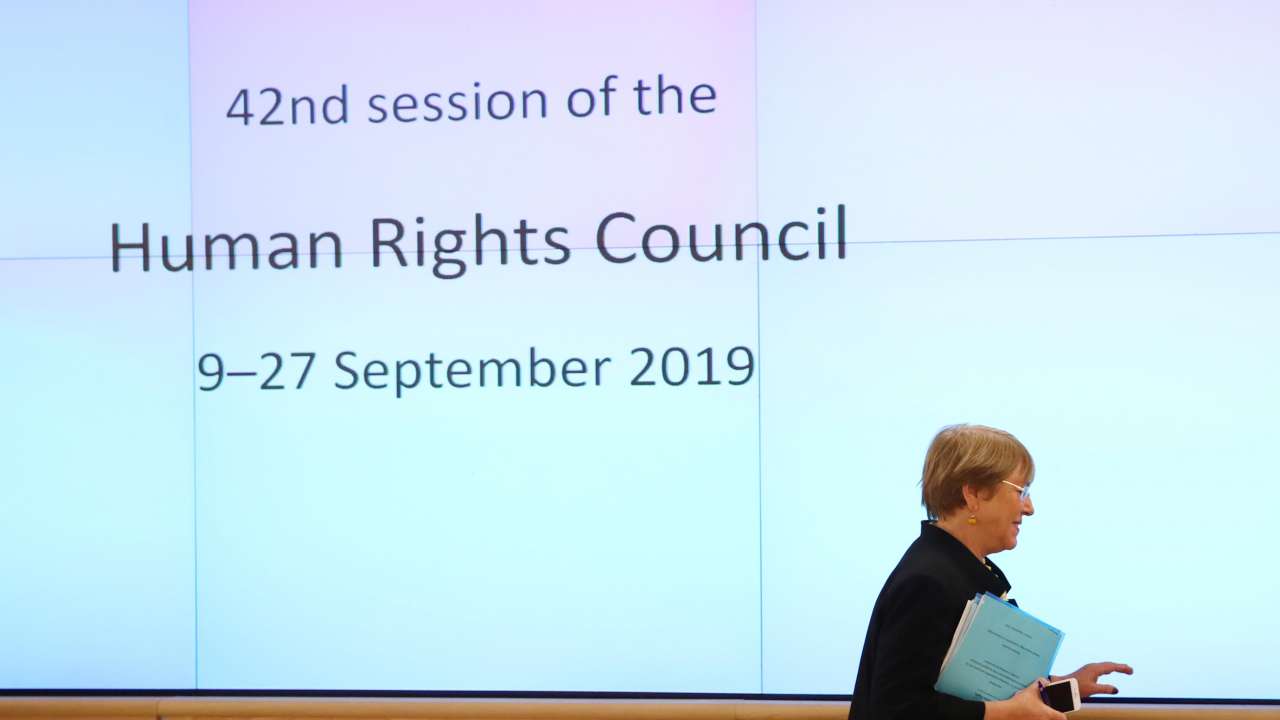 India-Pak clash over Kashmir at UNHRC on Tuesday

India and Pakistan will speak at the United Nations Human Rights Council on Tuesday with Islamabad all set to rake Kashmir issues at the international human rights forum. The 42nd session of the Human Rights Council is being held at its headquarters in Geneva from September 9 to 27.

Islamabad is in full mood to use the forum to rant on Kashmir. Pak Foreign Minister Shah Mahmood Qureshi himself is in Geneva and is accompanied by several high profile officials including the envoy of the Pakistani Prime Minister Imran Khan - Tehmina Janjua - and Acting Permanent Representative? of Pakistan ?to the United Nations.

Qureshi is scheduled to speak at the council on Tuesday at 3.30 pm IST. Pakistan plans for a resolution on Jammu and Kashmir, though the country lacks support for its passage.

India is led by a high powered delegation led by Secretary (East) Vijay Thakur Singh and Indian envoy to Pakistan Ajay Bisaria. India has been engaging with several UN HRC members to thwart any Pakistani attempt to internationalise Kashmir. India has briefed several foreign envoys in Delhi and has also reached out to global capitals.

On Monday, in her opening statement, UN High Commissioner for Human Rights Michelle Bachelet slammed both India and Pakistan for the situation in Kashmir.

"In relation to Kashmir, my Office continues to receive reports on the human rights situation on both sides of the line of control...I continue to urge the Governments of India and Pakistan to ensure that human rights are respected and protected," she said.

She urged New Delhi to ease the current lockdowns or curfews in Jammu and Kashmir to ensure people's access to basic services.

The Council is made of 47 Member States, which are elected by the majority of members of the General Assembly of the United Nations through a direct and secret ballot.

The development comes weeks after India was able to thwart a joint China-Pak initiative to rake up Kashmir at the United Nation Security Council (UNSC). Islamabad wanted an emergency session on Kashmir at the UNSC and for this, a consultative meet was held on July 16.

The meeting took place at the request of China which took up the letter of Pakistani foreign minister in the aftermath of New Delhi's decision to remove the special status of Jammu and Kashmir, granted under Article 370 of the Constitution.

In the aftermath of India's decision, Pakistan has been trying to internationalise Kashmir by reaching out to global capitals but has not got any traction.

New Delhi has reiterated on every platform that the government's move is an internal matter of India.

Speaking after the UNSC consultative meet, India's permanent envoy to United Nations Syed Akbaruddin after had said, "Article 370 is internal matter.. these have no external ramifications."

On talks with Pakistan, Syed said, "Using terror to push goals is not the way normal states behave... stop terror to start talks."

The outcome of July 16 meeting was considered a big diplomatic victory for India as consultations did not lead to any formal meeting which Islamabad was keen to have.