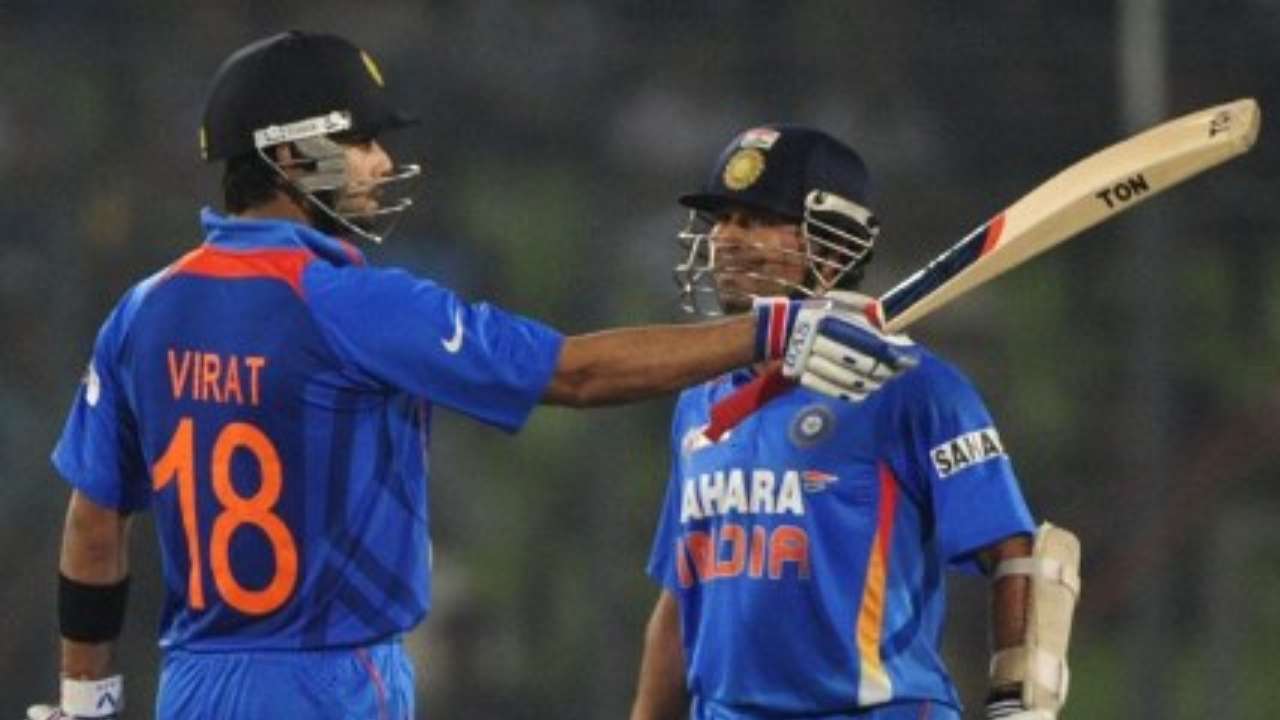 Virat Kohli and records - be it making or breaking - go hand-in-hand. The Indian skipper could now be on the verge of equalling one at home when he takes to field against Australia.

On the eve of the first one-day international against Australia, the run-machine is on the cusp of equalling the legendary Sachin Tendulkar’s record at home.

Tendulkar who has 49 ODI centuries overall, holds the record for most centuries in the 50-over format. He has scored 20 of those hundreds in India.

As for Kohli, he is currently sitting with 19 centuries to his name on home soil. With just a ton at the Wankhede on Tuesday, he will equal the batting legend.

The batsman had recently become the fastest captain to reach 11, 000 international runs when India had faced Sri Lanka in the third and final T20I at Pune.

In the press conference before the clash, the captain spoke about various topics like the pink-ball Test in their next tour Down Under to the constant talks about who will open for India - Rohit Sharma, Shikhar Dhawan and KL Rahul.

About the Day-Night Test, he said, “Look we played the day-night Test here, we were pretty happy with how it went and it has become a very exciting feature of any Test series and we are absolutely up to playing day-night Tests.

“We are absolutely up for the challenge and whether its Gabba, Perth doesn’t matter to us. We do have the skillsets now to compete against anyone in the world anywhere in any format of the game,” Kohli told reporters.

He also said that Rohit, Dhawan and Rahul may all play. “Look, a guy in form is always good for the team…You obviously want to have the best players available and then choose from what the combination should be for the team. There might be a possibility that all three (Rohit, Shikhar and Rahul) might play. It will be interesting to see what balance we want to take in on the field,” Kohli explained.