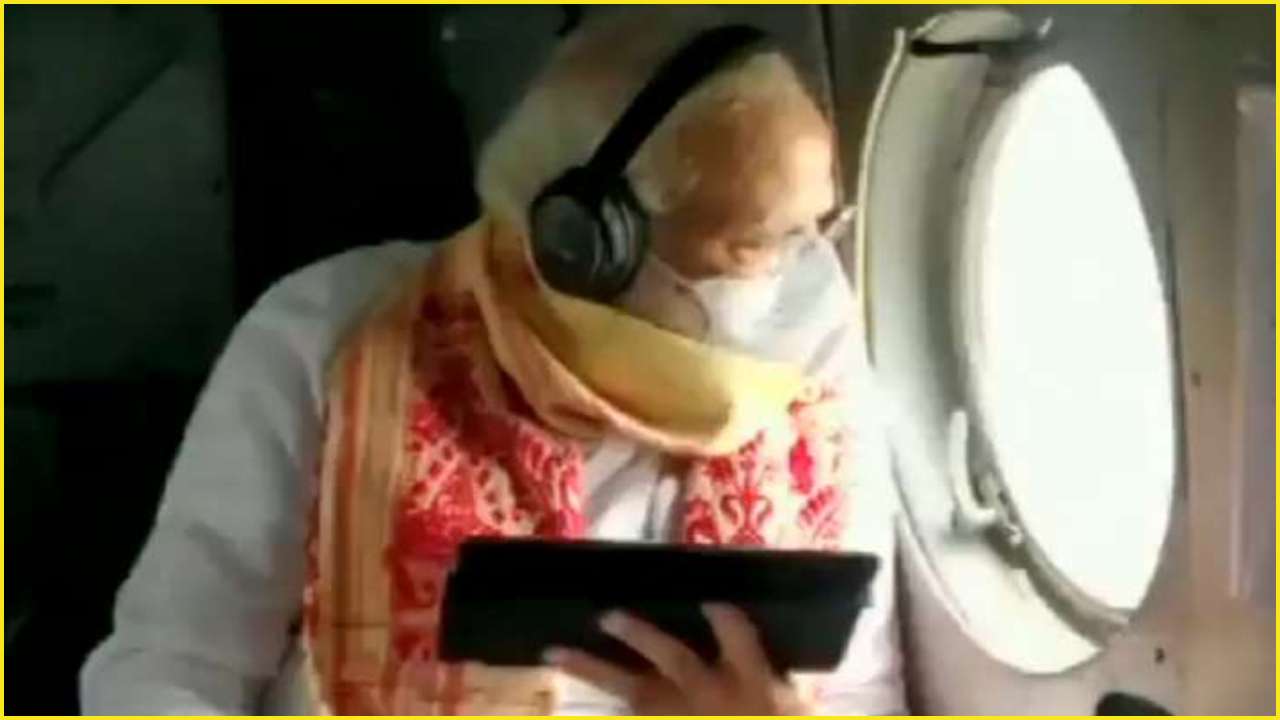 Prime Minister Narendra Modi on Friday visited West Bengal to review the situation arising out of Cyclone Amphan. Having chaired a meeting of all the senior officers of the state and central governments to review the relief and rehabilitation measures being undertaken in West Bengal, Modi announced financial assistance of Rs. 1,000 crore, for immediate relief activities to the state.

The Prime Minister also expressed his complete solidarity with the people of West Bengal and expressed deep sorrow to the families who have lost their kin during the calamity.  He announced an ex-gratia of Rs. 2 lakh to the next of kin of the deceased and Rs. 50,000 to the seriously injured in the cyclone in the State.

"After receiving Memorandum of Assistance from the State, Union Government will deploy an Inter-Ministerial Team to visit the state to assess the extent of damage in the State, based on which further assistance will be given," a PIB release detailed.

Prime Minister Modi was received on this day at the Netaji Subhas Chandra Bose airport in Kolkata's Dum Dum area by West Bengal Chief Minister Mamata Banerjee and Governor Jagdeep Dhankhar, who later accompanied the Prime Minister on the aerial survey in the state, to review the situation in the worst-hit areas.

The Prime Minister was also accompanied on the visit by central ministers who hail from Odisha and West Bengal, including Dharmendra Pradhan, Babul Supriyo, Pratap Chandra Sarangi, and Debasree Chaudhuri.

Leaders of the state BJP unit, like Dilip Ghosh, Locket Chatterjee, and Mukul Roy were also at the airport to welcome Prime Minister Modi.

Modi availed of a helicopter to travel to Basirhat for conducting an aerial survey of the areas worst-hit by the cyclone. At 11:20 AM, the Prime Minister attended the meeting at Basirhat with state government and district officials.

At the meeting, Prime Minister Modi assured the people of the state that the central government would closely work with the state government at this difficult time, extend all possible assistance for restoration and rebuilding of the infrastructure in the affected areas.

This was the second visit of the Prime Minister to the state of West Bengal this year, which is the only state apart from Uttar Pradesh, where he has had multiple visits this year. The Prime Minister had earlier this year visited West Bengal on 11-12 January whereby he had attended the 150th Anniversary celebrations of Kolkata Port Trust, dedicated to the nation four refurbished heritage buildings in Kolkata and had also visited Belur Math.

Notably, the Prime Minister's last visit was to Prayagraj and Chitrakoot in Uttar Pradesh back on February 29. Modi is going on a tour after 83 days (almost three months).

Earlier on Thursday, Modi wished that situation normalises in West Bengal and Odisha at the earliest.

In a series of tweets, he said, "My thoughts are with the people of Odisha as the state bravely battles the effects of Cyclone Amphan. Authorities are working on the ground to ensure all possible assistance to those affected. I pray that the situation normalises at the earliest."

NDRF teams are working in the cyclone-affected parts. Top officials are closely monitoring the situation and also working in close coordination with the West Bengal government, he said.

No stone will be left unturned in helping the affected, he added.

"Have been seeing visuals from West Bengal on the devastation caused by Cyclone Amphan. In this challenging hour, the entire nation stands in solidarity with West Bengal. Praying for the well-being of the people of the state. Efforts are on to ensure normalcy," the Prime Minister said.

The extremely severe cyclone Amphan made landfall at 2.30 pm on Wednesday between Digha in West Bengal and Hatiya island in Bangladesh, packing heavy rain and winds with speeds of up to 190 kmph, triggering heavy rainfall and gusting in various parts of the state.

Kolkata and several parts of West Bengal wore a battered look on Thursday after 'Amphan' ripped through the state. The heavy wind and rain blew up shanties, uprooted thousands of trees, electricity poles, and telecom towers and flooded low-lying areas.

Large parts of Kolkata and other affected districts were without electricity as power lines have been snapped and poles have been blown up. Mobile and internet services were also down as the cyclone has damaged communication towers in many parts.