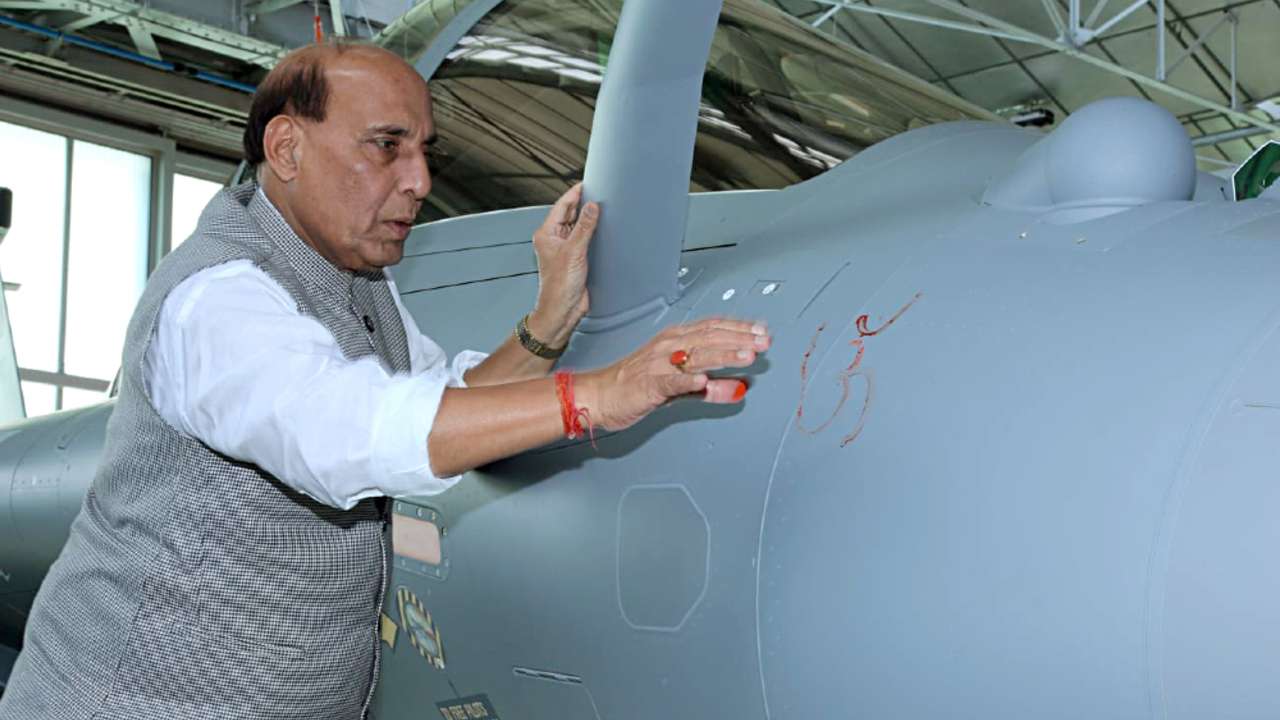 Addressing an election rally here, Shah also targeted Congress over not being able to repeal Article 370 in Jammu and Kashmir over its long rule even as people of the country wanted so.

"On August 5, Prime Minister Narendra Modi repealed Article 370. For seventy years every citizen has this feeling that Jammu and Kashmir is not fully integrated with the country. Those who ruled for three-three generations did not have guts to remove Article 370," he said.

Shah said that 'Shashtra Puja' is done on Vijayadashami which symbolises the victory of good over evil.

He congratulated Prime Minister Narendra Modi and Rajnath Singh over India getting its first Rafale fighter jet and said it will strengthen the country's security.

"Defence Minister Rajnath Singh performed 'Shashtra Puja' of Rafale yesterday in France. But Congress leaders are opposing even this. Is 'Shashtra Puja' not performed on Vijayadashami? I want to tell them to think about what should be opposed and whatnot," he said.

Rajnath Singh had performed Shastra Puja (worship of weapons) on Dussehra after receiving the first of the 36 Rafale jets in the French port city of Bordeaux on Tuesday. He wrote "Om" on the jet and placed lemons before it as part of the rituals.

Shah said the party's rivals for the October 21 assembly elections were perplexed and directionless.

"The election has just started and our rivals are not able to make out if they should begin the campaign from the east, west, north or south. They have no direction," he said.

He said the past governments in Haryana worked for particular castes and not for others but Manohar Lal Khattar government does not belong to any particular caste. "It belongs to every resident of the state," he said.