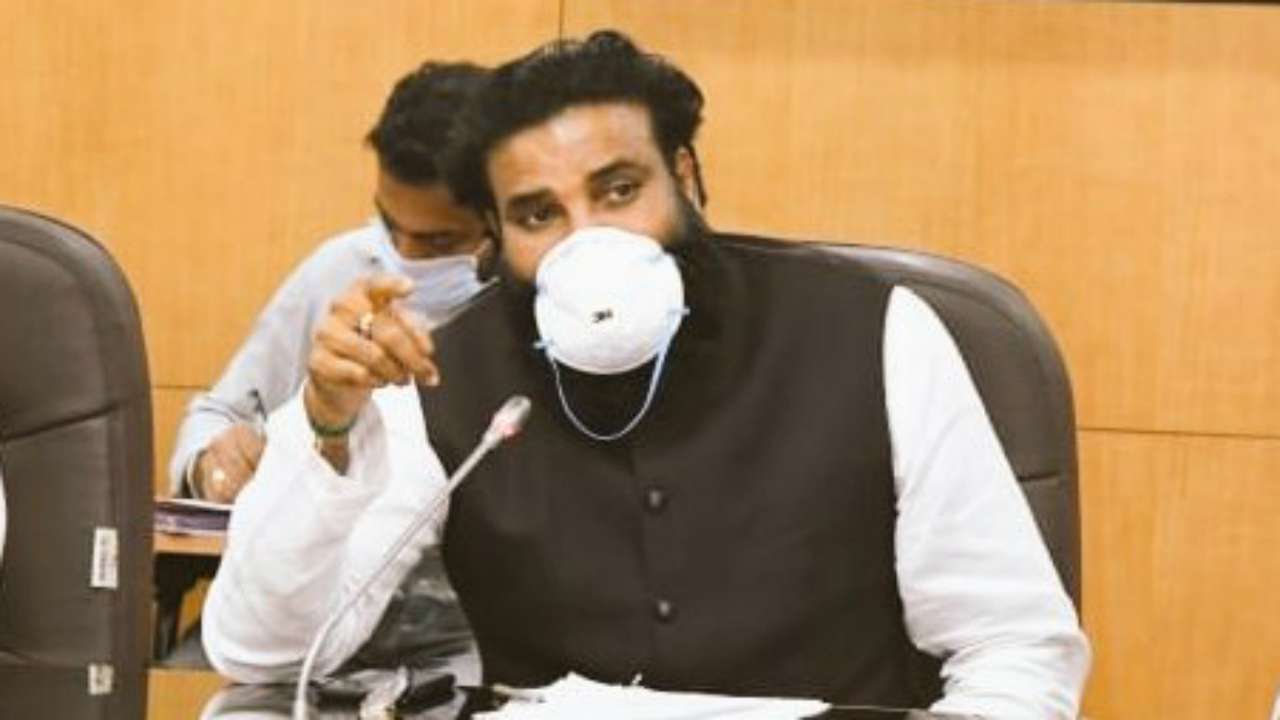 'Only God can save us': Karnataka health minister's remarks on coronavirus trigger row

Karnataka Health Minister B Sriramulu landed in a soup after saying that "only God can help us" in this fight against COVID-19 pandemic, drawing ire of opposition Congress.

Responding to a query regarding infighting between state ministers in Karnataka, Sriramulu said on Wednesday, "Congress is involved in political mudslinging. It's not fine and it won't help them. It's a crucial time. I request Congress leaders to not indulge in loose talk about the issue. It leads to panic among people. We're ready for punishment if we did anything wrong."

"Blaming ministers and government and allegations of a divide between cabinet ministers leading to mismanagement of COVID-19, are baseless. Who can help us at this time? Either God can, or people should make themselves aware," he went on to say.

The minister's words that "only God can help us" were used by opposition leaders to target the government over its pandemic response. Karnataka Congress chief DK Shivakumar said the remarks reflect poorly on BS Yeddyurappa government's ability to handle the coronavirus crisis

"Karnataka's Health Minister saying "Only God can save Karnataka" reflects poorly on @BSYBJP govt's ability to handle the CoVID crisis. Why do we need such a govt if they cannot tackle the pandemic? This govt's incompetency has left citizens to god's mercy," Shivakumar said.

The minister later clarified his remarks and said he only meant to caution people and his statement has been misinterpreted and misunderstood. He also tagged Shivakumar in his tweeet.

"Respected KPCC President @DKShivakumar, This is a clarification regarding my words that have been misinterpreted and misunderstood. While responding to claims of the opposition that the government's negligence, irresponsibility and the lack of coordination among ministers are responsible for the rise in cases in the state, I stated that 'these accusations are far from the truth. People need to be aware and cautious to avoid the spread of the virus. This plays a vital role in controlling the pandemic," Sriramulu said.

"If we fail at this crucial step the situation can get complicated. And if things go worse, then only God can save us." These were the words used out of caution. There's no need create panic in the public," he said.

"Our Govt. led by our CM @BSYBJP is working round the clock. This is a difficult situation for the whole world and we all are doing our best for the people of our state to win the battle against this pandemic," he added.