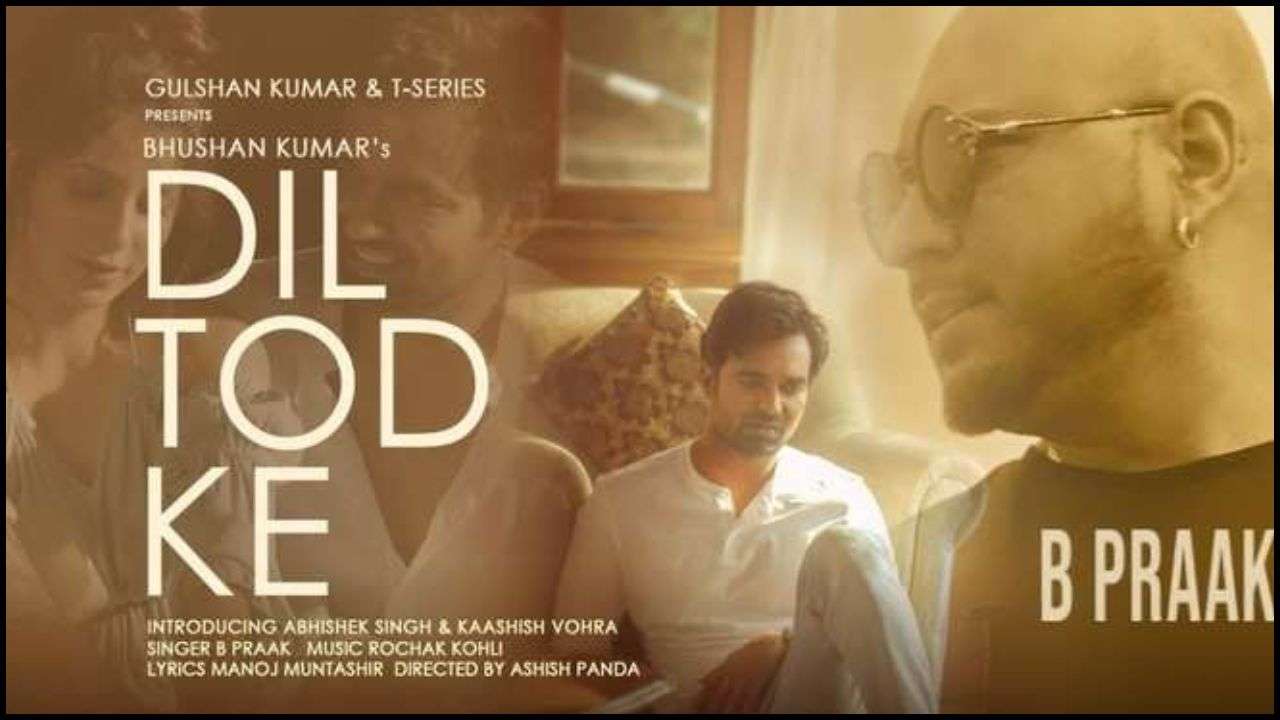 Singer-music composer B Praak's new song 'Dil Tod Ke' has been unveiled. The track, presented by T-Series, is a song full of pain found after loving someone and being left with an unrequitted love story.

Featuring Abhishek Singh, Kaashish Vohra and Jubin Shah, 'Dil Tod Ke' has been crooned by B Praak along with Rochak Kohli. The song, which released on Wednesday, has retained the top spot on YouTube and is still trending on the platform.

'Dil Tod Ke' music has been composed by Rochak Kohli, while Manoj Muntashir has penned lyrics for the song. Ashish Panda, who had directed 'Kabhi Yaadon Mein' featuring Divya Khosla Kumar, has a long association with T-Series (9 years). He stepped in to produce 'Dil Tod Ke' too.

Meanwhile, Sunita Radia was the DOP on the project, while Tushar Susheel Thapliyal was the associate director. Ravi Chaturvedi is credited for being the executive producer of the song, while Paras Chhetri was the line producer for the track. Bunty Nagi is the editor for the project, Nivedita Das handled the costumes, while Debo Suresh Nair can be credited for the choreography.