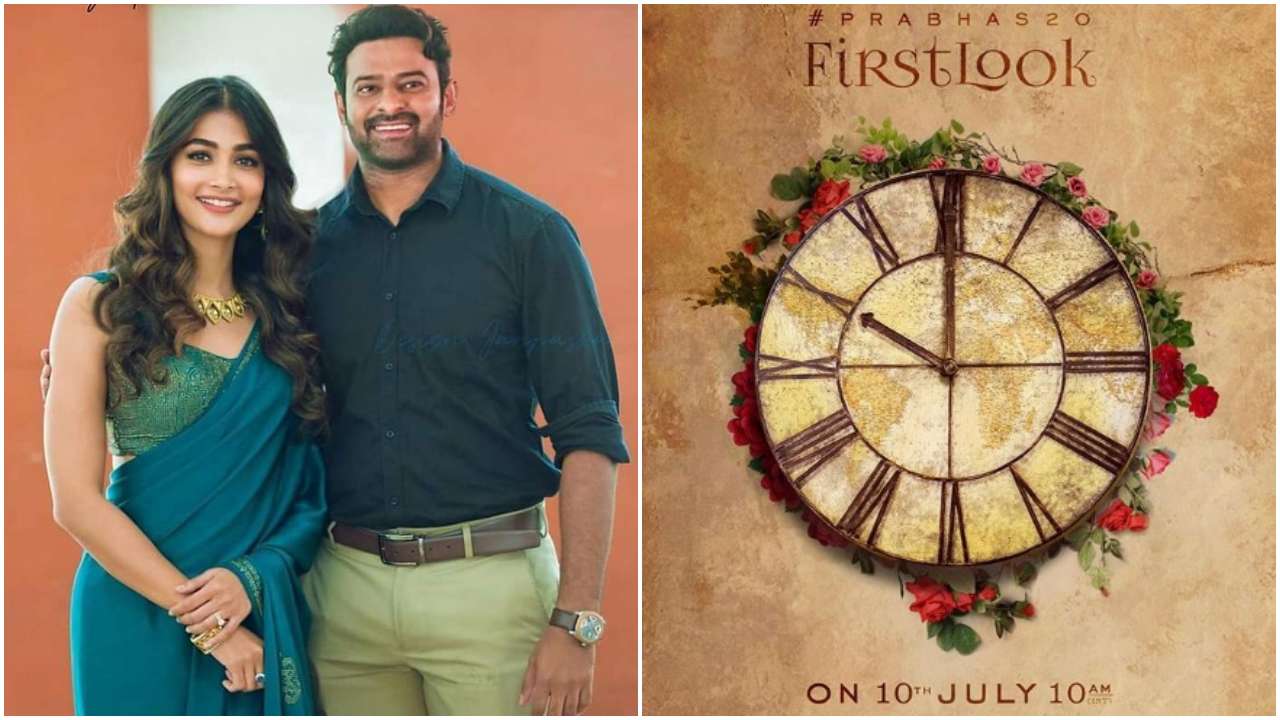 Prabhas' next film currently titled Prabhas 20 as its Prabhas' 20th film also starring Pooja Hegde in the lead role, directed by Radha Krishna Kumar has been in the making for nearly two years now and today Prabhas on his Instagram shared the first look of the film. The official title will be confirmed soon.

It was a surprise announcement by the production house UV Creations who took to their Twitter account and announced the title and the first-look poster of the film will be unveiled on July 10 at 10 am on social media. As soon as the poster was out, fans on Twitter in unison couldn't stop praising the film and their superstar and started trending Prabhas 20 on Twitter.

Reports state that the poster will be released in four languages, Telugu, Tamil, Malayalam, and Hindi. Tentatively titled Prabhas 20, the makers are eager on completing the movie by the end of 2020. Sharing the announcement on Twitter, the official handle of UV Creations wrote, "The announcement you all have been waiting for! Title & first look of #Prabhas20 will be out on 10.7.2020 at 10 AM (sic)."

For the uninformed, Prabhas 20 is a period love story that is set in the backdrop of Italy. Several reports have claimed that Prabhas will be seen playing the role of a fortune teller in the film while Pooja will be seen as a princess. Apart from Prabhas and Pooja Hegde, the film also stars Priyadarshi and Bollywood actress Bhagyashree in key roles. Speaking about the film to an entertainment portal, Bhagyashree had said, "Prabhas's film, which is a period film set in the 1970s, is based in Europe. It is a love story. The character, my look, film sets, and the cast were designed with utmost detailing. It's amazing to see producers Vikram Reddy, Vamsi Krishna Reddy, and Pramod Uppalapati shell out a lot of money to make the film humongous. I must give special credits to cinematographer Manoj Paramahamsa, who has taken brilliant shots in the film."