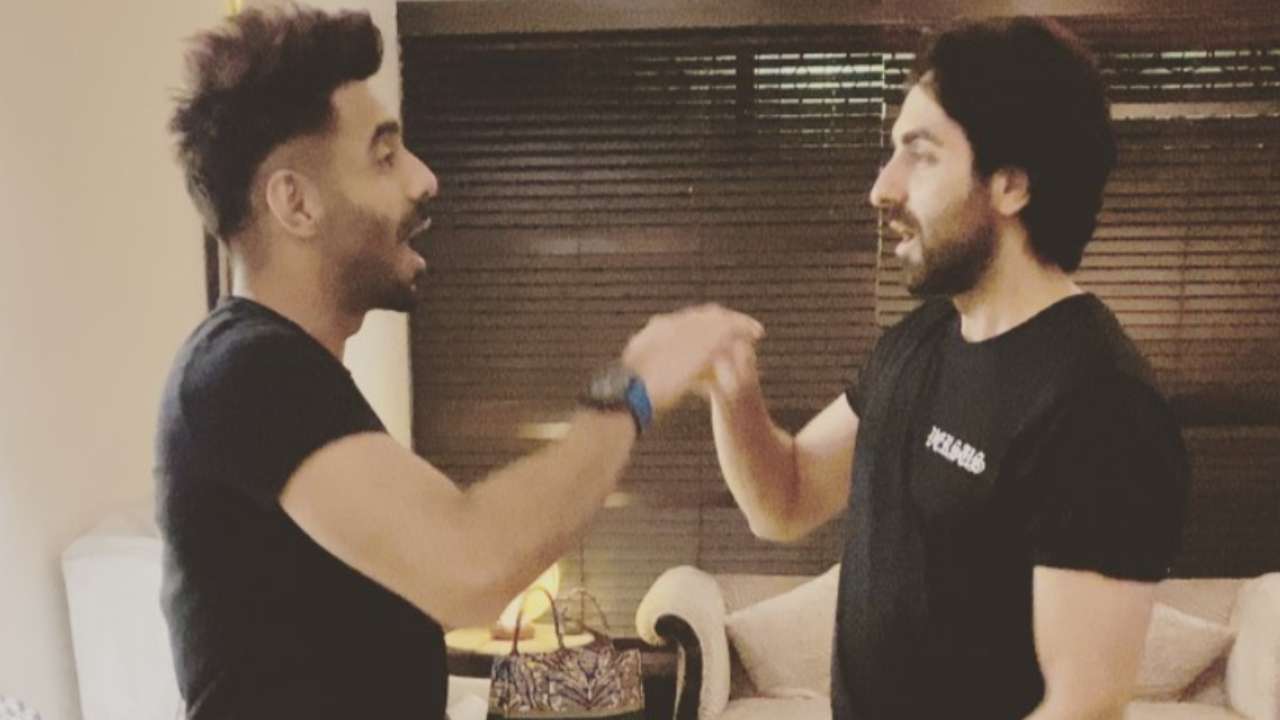 Ayushmann Khurrana and Aparshakti Khurana make among the talented siblings' duo we have in Bollywood. They often share their banter on Instagram pages and it's a treat to one's eyes, indeed! Recently, they got together during Father's day and had shared a Boomerang video with their dad too. Now, on the same day, Ayushmann and Aparshakti performed a little 'Aao Milo Shilo Shaalo' and later posted the video on his Instagram page.

In the video, shot by Ayushmann's wife Tahira Kashyap, both brothers are seen performing the childhood game and acing it like a pro. They end the video in the funniest way and this video can be watched on loop for sure. Aparshakti captioned the video stating, "If Aao Milo Shilo Shaalo was one of the categories of Olympic Games... Inn 2 ladkon ka medal pakka tha. PS - some people call it Aao Milo Shilo Shaalo in bachpan but we always called it Aam Lelo Selam Saali @ayushmannk @tahirakashyap".

Several celebs namely Bhumi Pednekar, Nushrat Bharucha and others reacted to the video too.

Meanwhile, on the work front, Ayushmann's recent release Gulabo Sitabo directly released on OTT platform due to coronavirus pandemic. On the other hand, Aparshakti will next be seen in Helmet which is being directed by Satram Ramani. The film also stars Pranutan Bahl as the female lead. Helmet is also produced by Dino Morea under his home banner.

Ayushmann and Aparshakti have not shared screen space yet. However, the later had a special appearance in National Award-winning actor's film Bala.