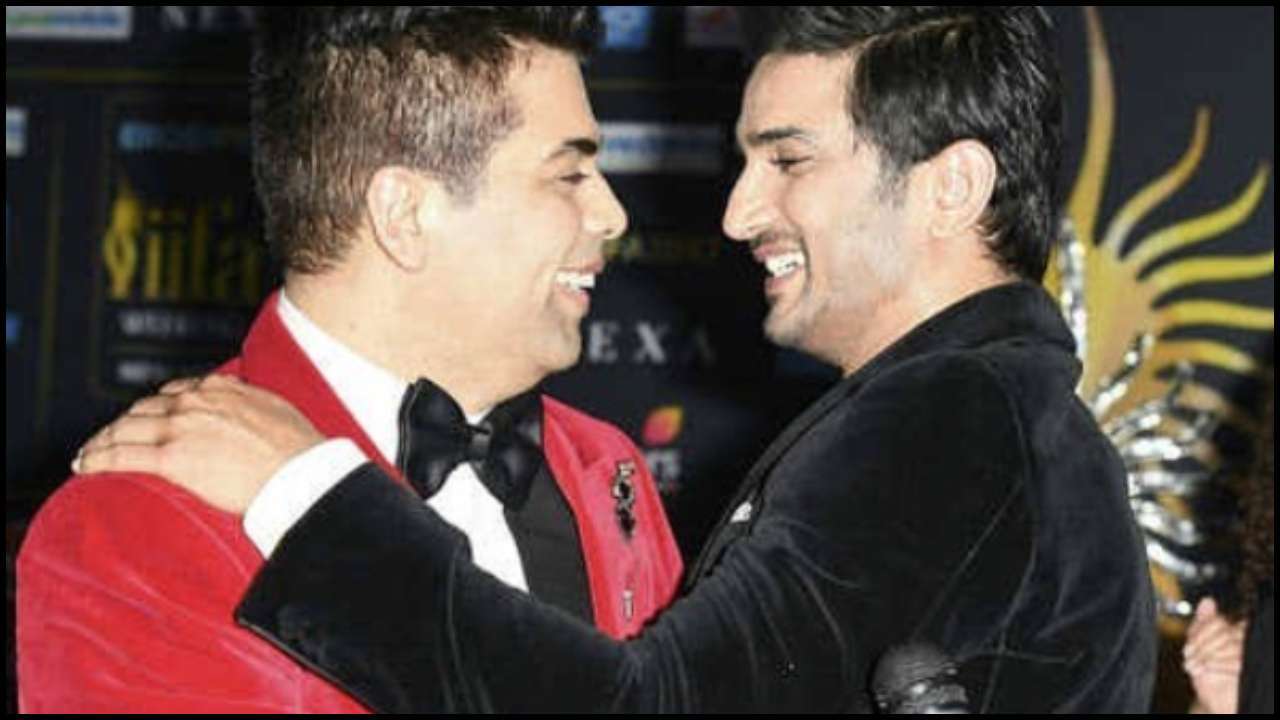 A video of Sushant Singh Rajput, Karan Johar and Saif Ali Khan is going viral. In the video, Karan Johar is heard introducing Sushant as 'an absolutely amazing actor', as Saif stands on Sushant's other side and taps his shoulder.

The camera then focused on Sushant's expressions, which was somewhere between confused and wondering what's coming up next. Karan then passed on the mic to Saif, as the hosts gave Sushant a clue, to guess the celebrity.

The celeb Sushant had to guess was Sonam Kapoor. He gave the correct answer in the first attempt, and even did the 'Prem Ratan Dhan Payo' step with Karan. He laughed out loud and shook Saif's hand as they asked him to remain seated for the rest of the show. The camera constantly shifted the focus on Salman Khan, Anil Kapoor and Kriti Sanon's facial expressions. Kriti was seated next to Sushant.

After Sushant Singh Rajput's demise on June 14, 2020, Karan Johar and Sonam Kapoor had faced the actor's fans' wrath over nepotism. Saif Ali Khan was the latest target of the trolls after the actor said he is also 'victim of nepotism'.