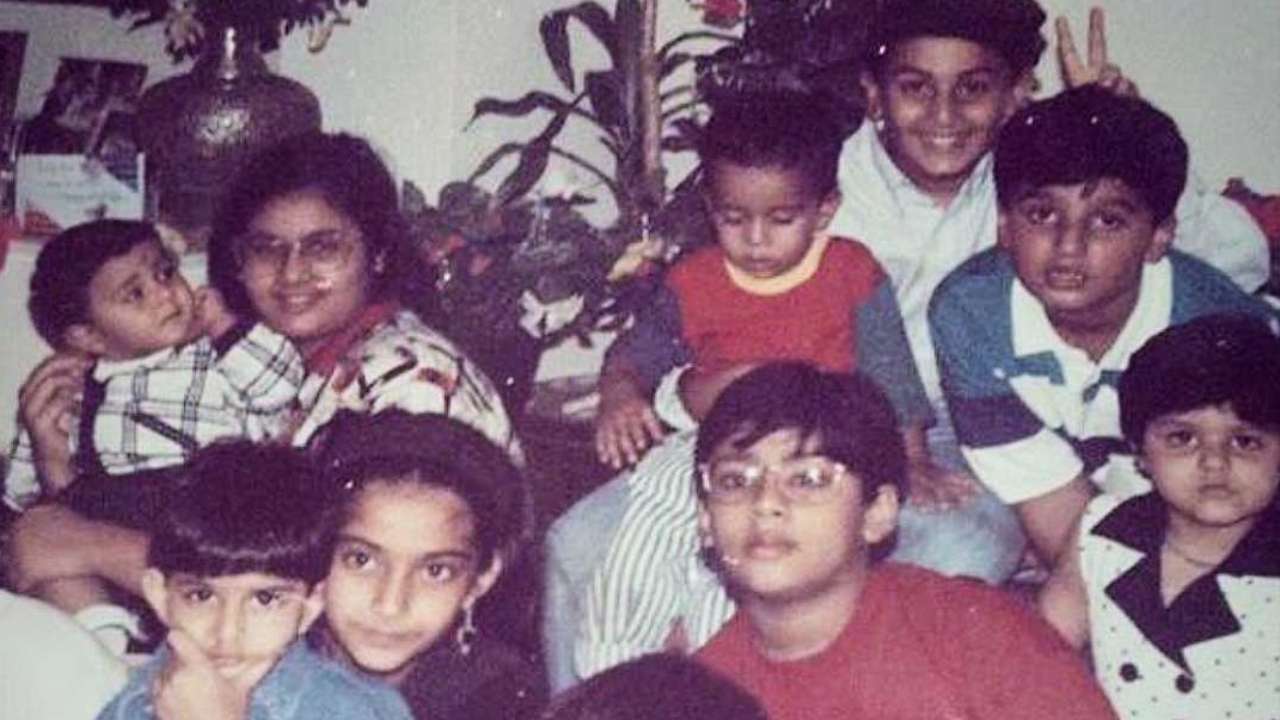 Several Bollywood celebrities especially star kids have known each other since childhood. They make sure to treat fans with truly unmissable throwback moments and a visual treat at the same time. A while back, Aadar Jain took to his Instagram story and shared a vintage photo from his second birthday celebrations. An interesting fact is that many Bollywood actors are in the same frame and look unrecognisable too.

Yes, we are talking about Ranbir Kapoor, Sonam K Ahuja, Arjun Kapoor, Harshvarrdhan Kapoor, Anshula Kapoor and Armaan Jain among others. RK is seen showing victory sign behind Arjun as he stares into the camera. Harsh is seen on Sonam's lap and she holds him cutely like a protective sister.

Meanwhile, on the work front, Ranbir will next be seen in Shamshera directed by Karan Malhotra. The Yash Raj Films produced film also has Vaani Kapoor as the female lead and Sanjay Dutt as the main antagonist.

RK also has Ayan Mukerji's Brahmastra which is a fantasy drama. The actor is paired opposite his real-life girlfriend and actor Alia Bhatt in the film also starring Amitabh Bachchan. Produced by Karan Johar under his home banner Dharma Productions, Brahmastra is releasing in December this year.

Talking about Sonam, the actor has reportedly signed a film by Sujoy Ghosh and is touted to be a thriller flick. While Arjun's upcoming film is a romantic-comedy opposite Rakul Preet Singh.