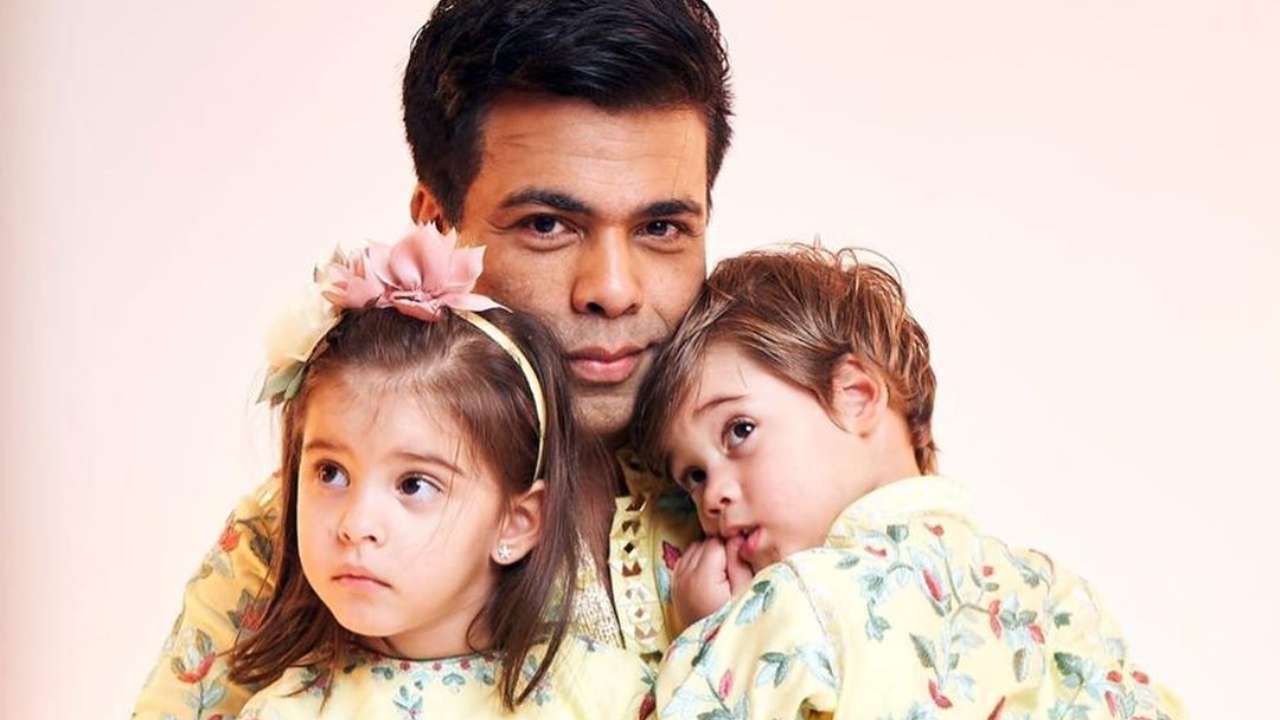 Karan Johar's rapid fire with Yash-Roohi has answers including AbRam Khan and Taimur Ali Khan, find out why

Karan Johar's 'lockdown with the Johars' session gets hilarious day-by-day. The filmmaker shares videos of his twins - daughter Roohi Johar and son Yash Johar raiding his walk-in closet, playing with each other and also while eating their food. Now, Karan took to his Instagram page where he played the rapid-fire with his kids and it's, to be honest, very cute for words. It seems like Yash and Roohi are each other's favourites and love being together.

In the video, Karan is seen asking Yash who is his favourite and he names Roohi along with his name. Roohi shares that she finds Yash the most handsome and he finds his sister as the prettiest one. KJo also asks his kids whom they want to play with between AbRam Khan and Taimur Ali Khan. Roohi chooses Taimur's name and Yash selects AbRam for their playdate.

Karan captioned the video stating, "Rapid fire with the only guests I can interview!!! Excuse the originality of my questions ... #lockdownwiththejohars".

Earlier Karan had spoken about Roohi and Taimur by stating, "I wouldn’t mind if Taimur and Roohi want to be together, in the future."

He also told on his radio show, "Yehi problem hai humare desh mein. Jab ladka ladki ek saath hote hai toh immediately bolte hai ‘bhaiyya bolo’, ‘didi bolo’... Arre, bilkul nahi yaar, (This is the problem with our country. When we see a boy and a girl together, we immediately tell them to call each other ‘brother’ and ‘sister’. This should never happen)"