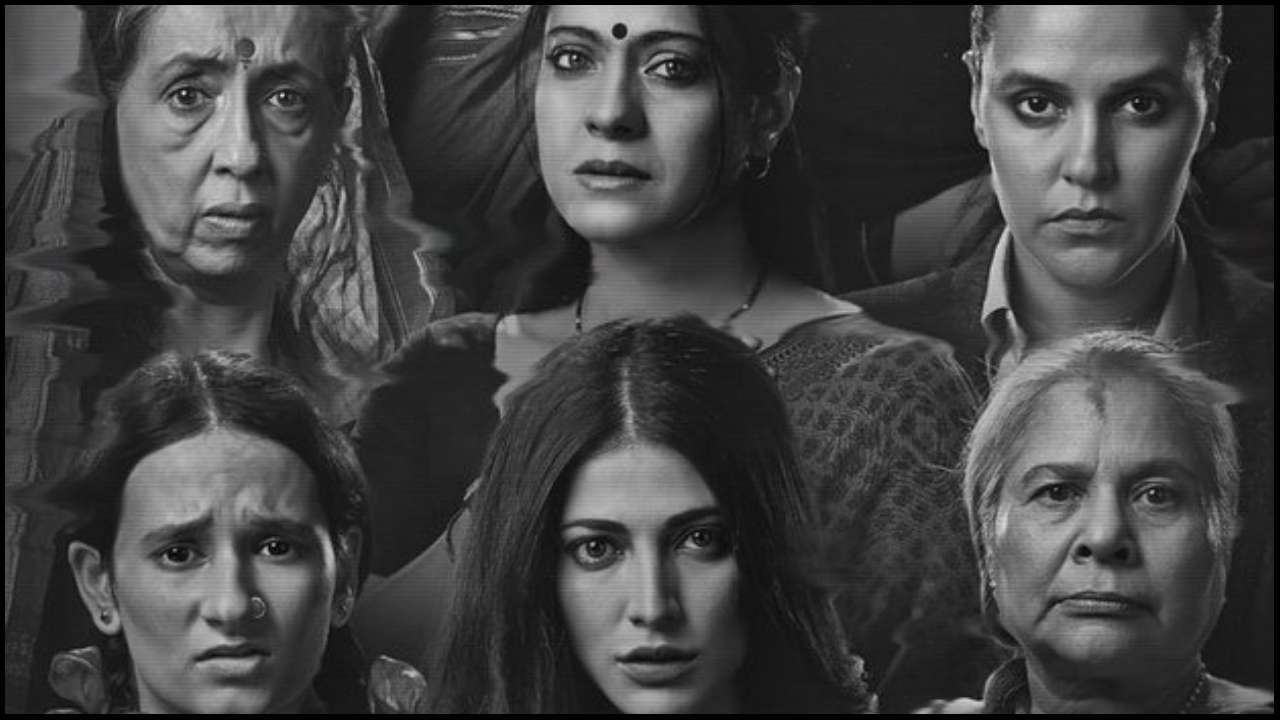 Devi also stars Neena Kulkarni, Mukta Barve, Sandhya Mhatre, Rama Joshi, Shivani Raghuvanshi and Yashaswini Dayama. The powerful trailer of the film shows all these 9 women locked inside a room, belonging to different regions of India, fighting with each other.

It is Kajol who tries to act as a mediator in the situation, trying to calm all these women down and make them see sense. Why are these women locked in a closed space and how will they find a way out of it is what forms the crux of the story.

The poster of the film was shared by Kajol on her Instagram page, a few days back. The actress who was last seen in Tanhaji: The Unsung Warrior opposite Ajay Devgn and Saif Ali Khan, wrote, "A tale of nine women navigating through an unusual sisterhood thrust upon them by circumstance. The teaser of our powerful short film drops on 24th February 2020!"

Devi will also mark Kajol and Shruti's first-ever short film. Kajol had shared a glimpse of the shoot diaries of Devi on her Instagram profile. Accompanying her post, she wrote: "BTS of Devi. Thank you, Niranjan Iyengar (Producer) and Ryan Stephen (Producer) for making me a part of this statement. Some things need to be seen to be understood on a deeper level."

Directed by Priyanka Banerjee and produced by Large Short Films Banner, Devi is all set to release on March 2, 2020.