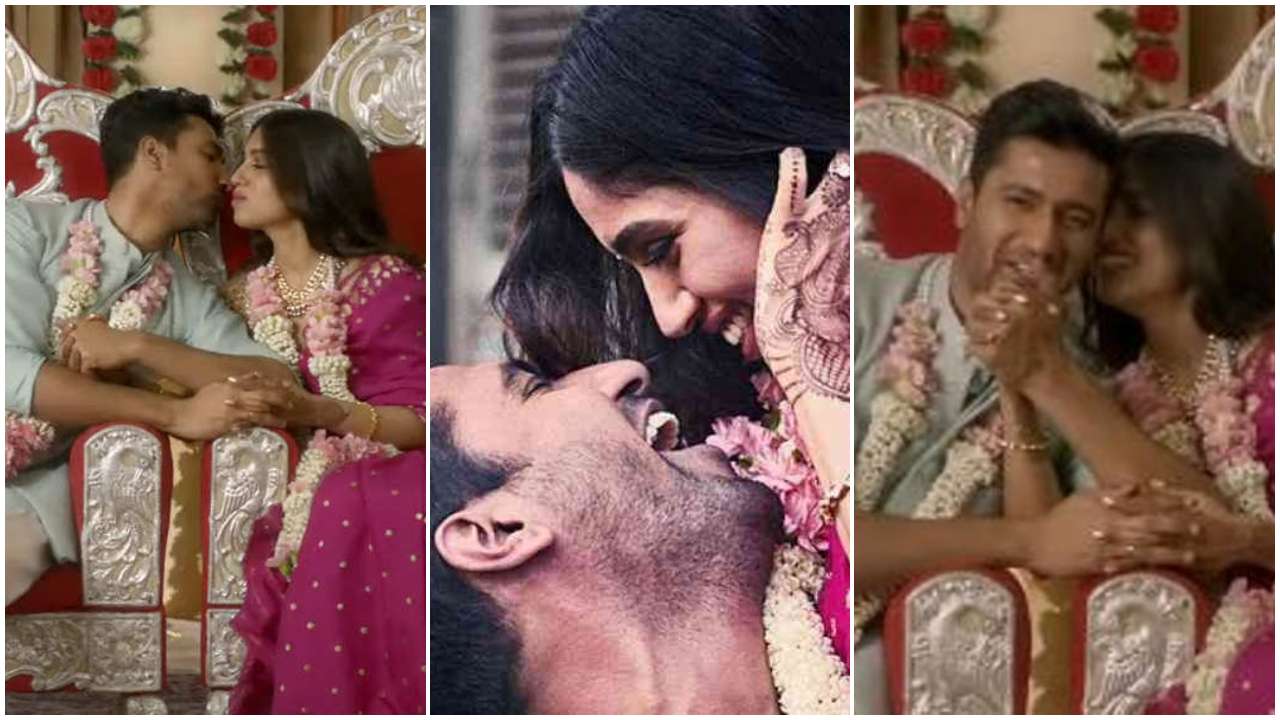 Vicky Kaushal and Bhumi Pednekar are gearing up for the release of their upcoming film Bhoot Part One: The Haunted Ship, a film helmed by Dharma Productions and today the makers released the first song from the film titled Channa Ve.

In a tweet posted by Dharma Productions read, "Before the loss, there was love", hinting that before the events of the song are based on before they took a bad turn.

The song featuring Vicky Kaushal and Bhumi Pednekar tells the tale of their sweet love with endless romance in an otherwise horror film set aboard an abandoned ship. The video features a PTSD-ridden Vicky who is depending on pills to get over his trauma. We also see numerous flashback of his life from a different time, with his wife and child.

The song narrates the love story of Vicky and Bhumi’s characters, from their wedding to the birth of their daughter. The melodious song is composed by Akhil Sachdeva, with lyrics by Akhil Sachdeva and Mansheel Gujral.

Vicky had recently opened up about his character in the film during the trailer launch, "Bhoot... is one of the most exciting films I've worked on, it is a completely new genre for me and I hope the audience loves this character as much as they've loved my previous ones.” He added, “The script was very intriguing moreover, I am extremely glad to collaborate with Dharma Productions and Zee Studios International again after Raazi. The movie has a very interesting plot, it will tap into just the right note of horror for our audiences," he said.

Directed by debutante Bhanu Pratap Singh, the film is slated to release on February 21, 2020.