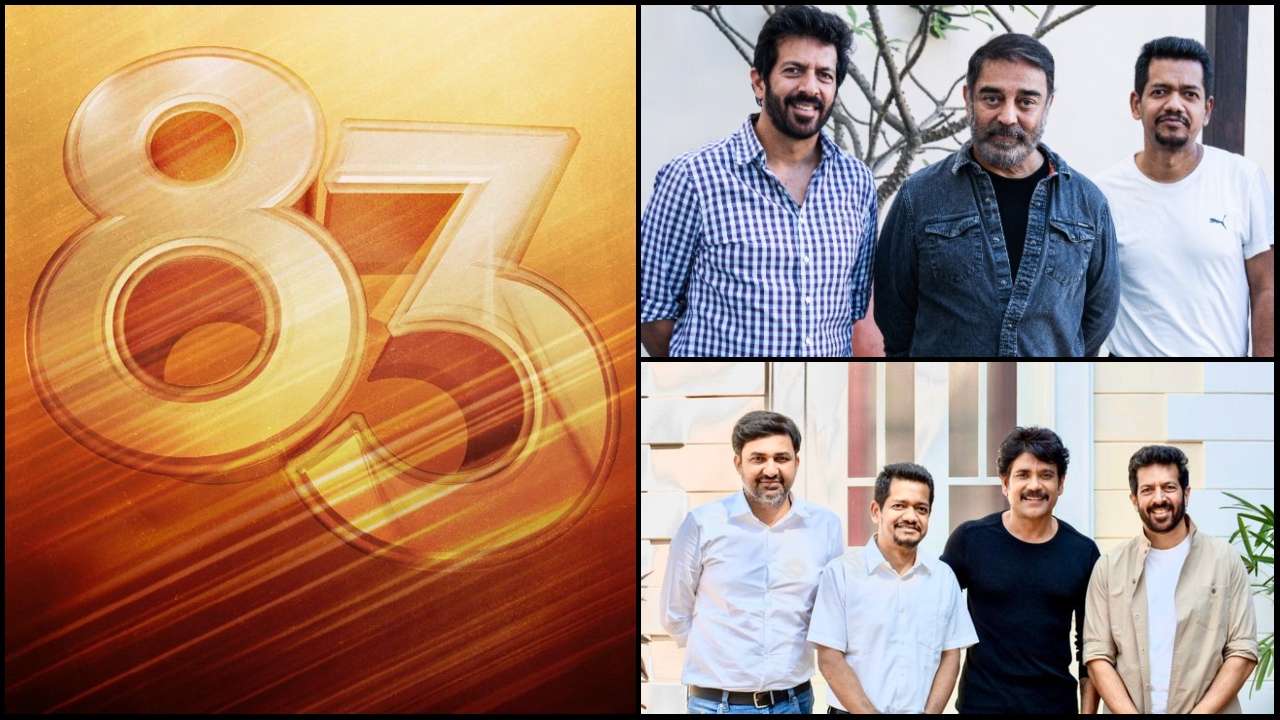 As the release of Ranveer Singh starring film 83 comes closer, there is an exciting development on the cards. Tamil and Telugu superstars Kamal Haasan and Nagarjuna respectively have acquired the rights to present the movie in their languages.

Announcing the happy news, and Nagarjuna shared a photo of him posing with Ranveer's 83 director Kabir Khan. Meanwhile, Kamal Haasan shared the logo of the film to make the happy announcement.

"Reliving the epic moment of winning the 83 World Cup which every Indian cherishes even today. We at @RKFI are delighted to present the film 83 in Tamil Nadu," wrote Kamal Haasan.

On the other hand, Nagarjuna wrote, "India won its first world cup in 83 &we still get goosebumps when we think of that moment. Very happy to present the Telugu version of the film 83."

Apart from Ranveer, 83 also stars Harrdy Sandhu, Tahir Raj Bhasin, Saqib Saleem, Ammy Virk, Sahil Khattar and Chirag Patil in lead roles. The movie is produced by Ranveer's wife Deepika Padukone, who will also be seen in a cameo in 83. She plays the role of Romi Dev, wife of Kapil Dev (played by Ranveer).