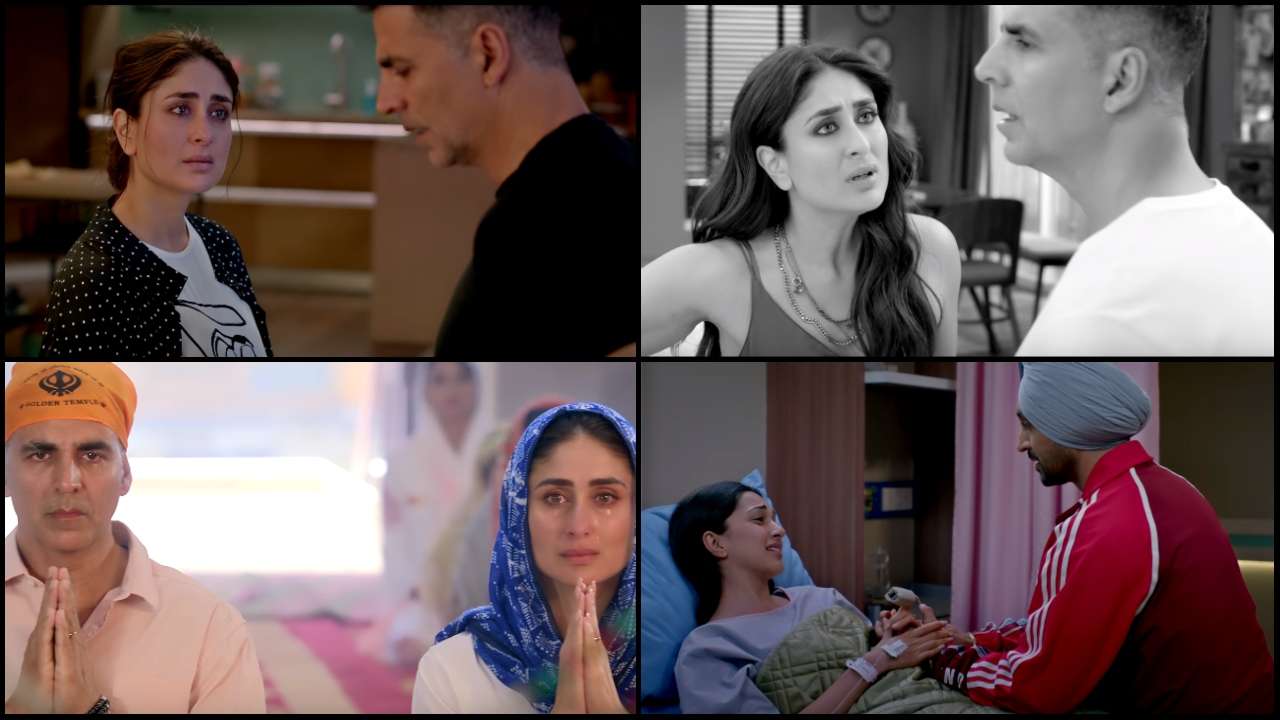 In the mood to sit in a corner and sob? 'Good Newwz' song 'Maana Dil' sets perfect mood for that!

Good Newwz seems to be coming up with a song for every mood and occasion. They released the club number 'Chandigarh Mein', followed by the wedding song 'Sauda Khara Khara', and now the makers have released a song perfect for every person out there who is in the mood to cry their heart out.

The latest Good Newwz song Maana Dil talks about the repercussions of the goof-ups in IVF. The trailer already introduced us to the concept of the film, where two Batras aka Akshay Kumar-Kareena Kapoor Khan (Varun-Deepti Batra) and Diljit Dosanjh-Kiara Advani (Honey-Monika Batra) have a goof-up of sperms when Varun's sperm gets mixed with Monika's eggs. The same mistake is repeated with Deepti and Honey Batra.

Being married couples who dreamt of having babies of their own and realizing that is not the case, Maana Dil portrays their situation in a rather perfect manner. Akshay Kumar's character Varun is seen as having anger issues over the goof-up while Diljit's character Honey is hurt but tries to keep it together, much like Deepti and Monika, who are living with the outcome of the goof-up, inside their bellies.

One can totally fall in love with the song when in the mood to sit in a corner and sob over everything happening in life. B Praak's voice touches the right chords, making people experience pain and still giving a thread of hope. Since the song is situation-based, one might enjoy watching it with the narrative of the film.

Good Newwz is produced by Karan Johar's Dharma Productions in association with Zee Studios and Cape Of Good Films. The movie is slated for December 27, 2019 release, just a week after Salman Khan-Sonakshi Sinha's Dabangg 3 release.