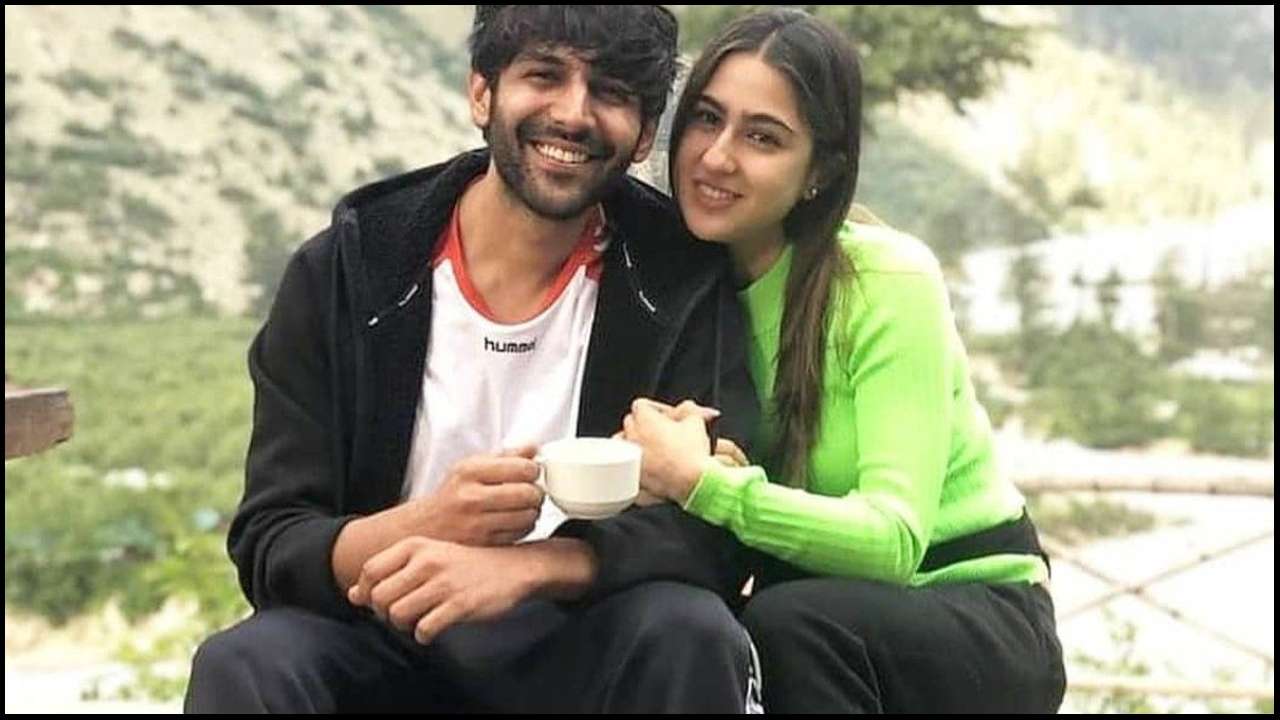 Not very long ago, Kartik Aaryan and Sara Ali Khan hit headlines over their alleged relationship. Recent news reports also go on to suggest that there is no bad blood between the two. Even though they called it quits to focus on professional life, it is quite possible that the sparks haven't completely died down between the two.

In a recent interview with Bollywood Hungama, while promoting his upcoming movie Pati Patni Aur Woh, Kartik Aaryan was reminded of Sara Ali Khan in a fun segment. Kartik was asked who among Sara Ali Khan, Kiara Advani, Nushrat Bharucha and Tara Sutaria could be his patni and his woh.

Kartik took Kiara Advani and Tara Sutaria's name, but when prompted if that means he would pick Nushrat Bharucha and Sara Ali Khan would be his woh, Kartik instantly changed his answer. This time around Kartik announced that he would pick Sara and Kiara as his patni and the other two as his woh.