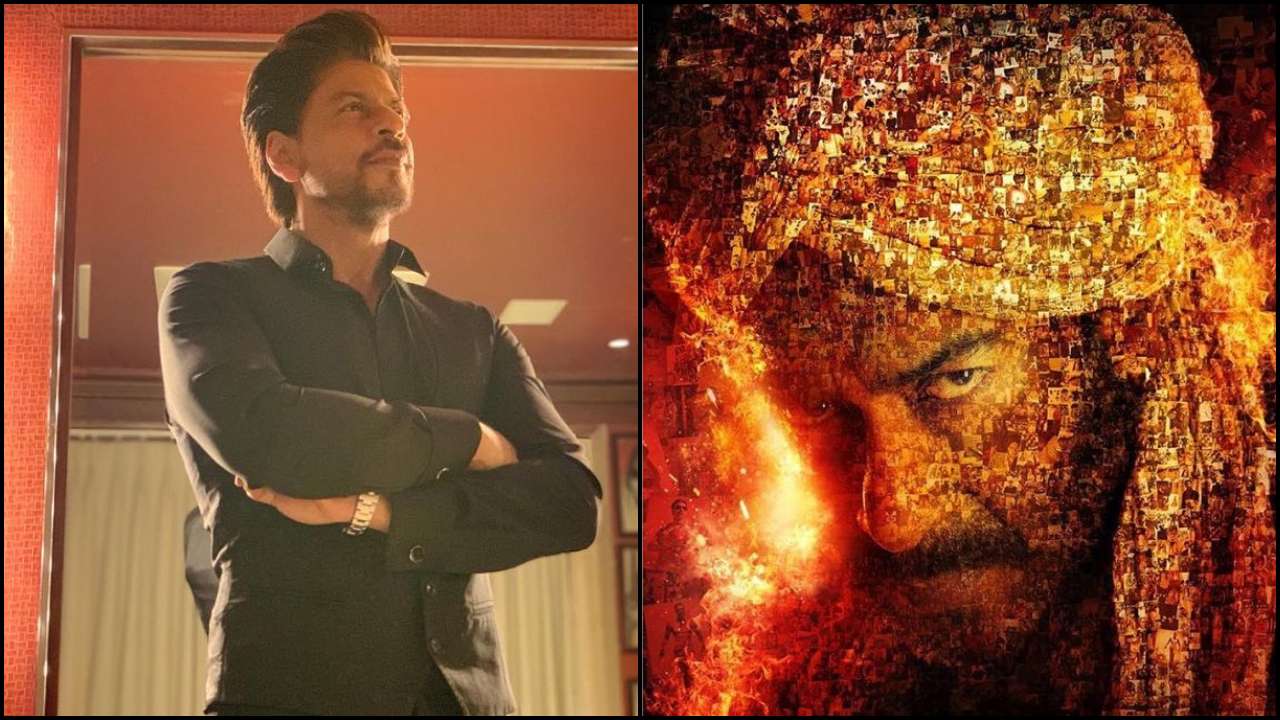 Ajay Devgn has completed almost three decades in the film industry and has delivered incredible and award-winning performances in these many years. It was in 1991 when he made his debut in Phool Aur Kaante and his grand entry was balancing his legs atop two motorcycles and standing like a boss. Since then there was no turning back for him. He has done hit films namely Naajayaz, Zakhm, Hum Dil De Chuke Sanam, Lajja, Company, The Legend of Bhagat Singh, Gangaajal, Once Upon a Time in Mumbaai, Singham, Golmaal series to name a few.

Now, his upcoming flick Tanhaji: The Unsung Warrior is set to be the 100th film of his career. To celebrate the same, it was Shah Rukh Khan who sent his best wishes for Ajay. He shared a poster of Ajay from Tanhaji which has stills of his all 100 films with a heartfelt message. Shah Rukh wrote, "Here’s looking forward to another 100 and more films from my friend @ajaydevgn. All the best for this milestone...from striding atop two motorcycles at the same time...you’ve come a long long way....keep riding...and all the best for Tanhaji."

Kajol also shared a two-minute video showcasing his 100 films journey and tweeted, "30 yrs & 100 films old. From Phool Aur Kante to Zakhm to Golmaal to Shivaay & now finally Tanhaji! Through all the hard-won Fridays I’ve seen u go through. All characters lead back to u. Proudly wishing u a very happy 100th film birthday @ajaydevgn"