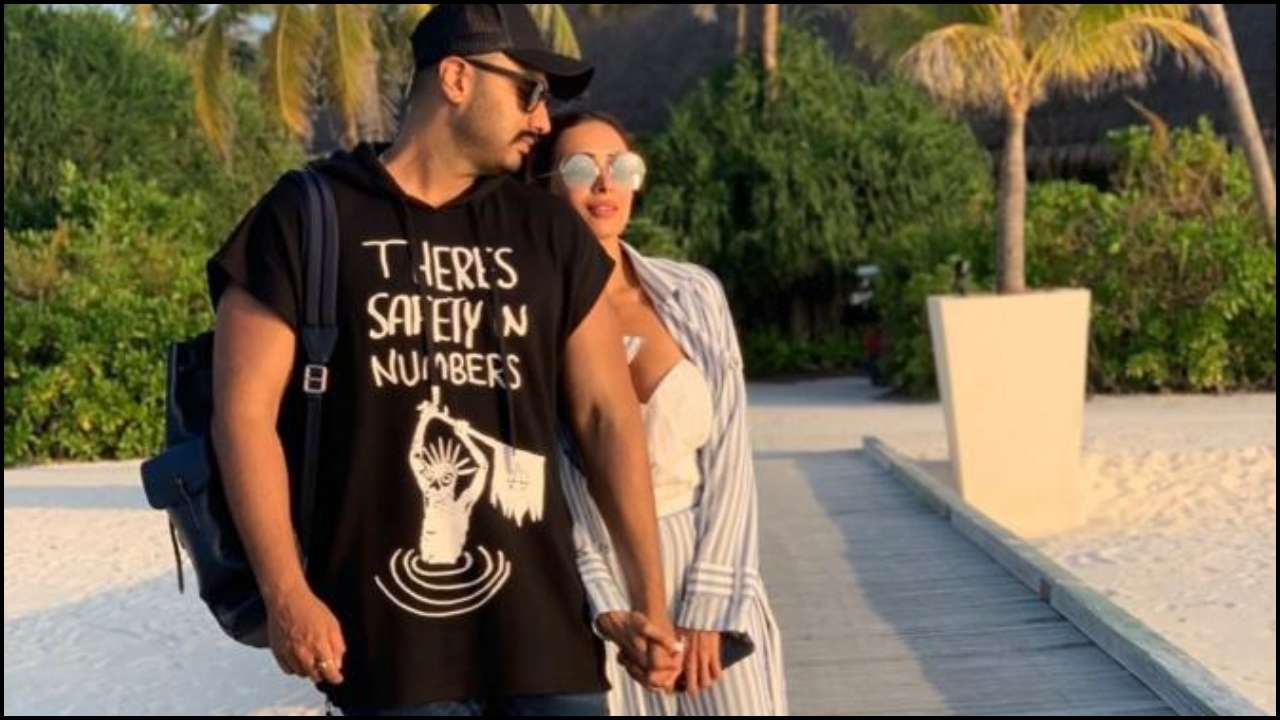 Beach wedding for Malaika Arora-Arjun Kapoor, 'Chaiyya Chaiyya' girl reveals all about her dress for D-Day

Arjun Kapoor and Malaika Arora have been making headlines ever since it was being said that the two are all set to tie the knot early this year. Since their wedding did not take place, the buzz eventually died down. That was up until Malaika Arora opened up about her wedding once again on Neha Dhupia's audio show No Filter Neha.

Revealing that her ideal wedding would be on the beach, Malaika spilled details about her wedding dress to Neha Dhupia in a candid chat. "I'm all about the white wedding and always have liked the concept of bridesmaids. They would be my closest girls, my girl gang," said Malaika.

Malaika also stated she would love to wear a pristine gown by Lebanese designer Elie Saab on D-Day. Further talking about beau Arjun Kapoor, Malaika called him perfect and stated he feels she does a crappy job of taking images in comparison to them.

Malaika Arora, once married to Arbaaz Khan, brother of Salman Khan, had also opened up about finding love after divorce on Kareena Kapoor Khan's radio show What Women Want. "I think all women should jump back into it with equal gusto. Have fun, enjoy it. I think for the first time in your life, you'll also kind of discover a sense of freedom," she had said.