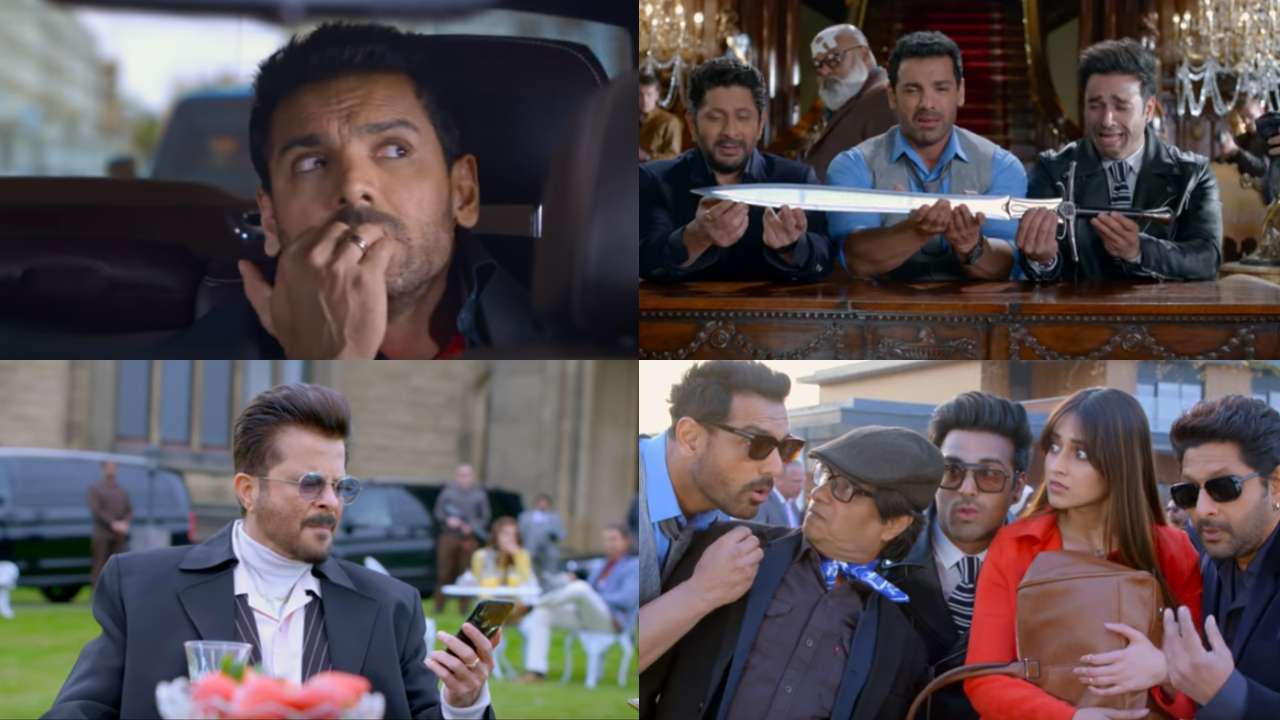 'Pagalpanti' trailer: John Abraham transforms from comic to action hero in adventure which warns to not use your brains

John Abraham is best known for action. He however has tried his hand at comedy many-a-times and did a fairly good job at it. Although his screen space in Pagalpanti trailer is promising, John's look in the film is a big disappointment. He shines yet again when the actor goes into action mode.

John is introduced as a geek who is having troubles in his life. 'Shani iski god mein aakar baitha hai' goes the dialogue and that raises expectations for what comes next. However, John's not-so-macho look, even though refreshing, does not really help the trailer.

John, along with Arshad Warsi and Pulkit Samrat, is stuck in a situation. The gang goes from helpless to being as brave as lions. Meanwhile the reverse happens to Anil Kapoor and Saurabh Shukla, who are introduced as don relatives. Rings a bell? You are sure to feel that quite often with the trailer.

While Anil Kapoor's act reminds us of Majnu bhai from Welcome, Arshad Warsi appears to be in Golmaal mode. The trio seems to relive All The Best and Housefull moments from time-to-time. Saurabh Shukla is reminder of his role in Main Tera Hero, while Urvashi Rautela has left us confused if she wants to repeat her Great Grand Masti character.

Directed by Anees Bazmee of Welcome, No Entry and Singh Is Kinng fame, the movie also stars Kriti Kharbanda and Ileana D'Cruz in a pivotal role. Ileana would appear in a Bollywood movie after a long time, post her rumoured break-up. The film is slated to release on November 22, 2019.