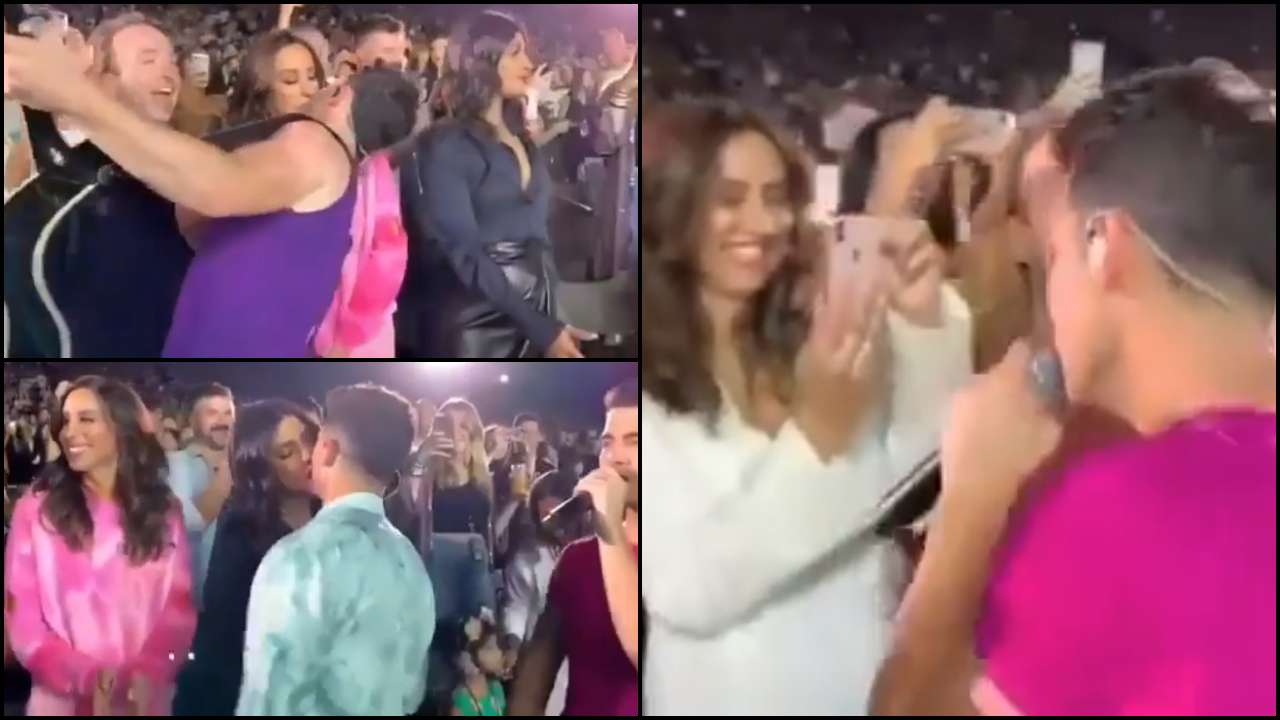 On Sunday, the Jonas Brothers performed at the iconic Hollywood Bowl in Los Angeles. This was their first-ever concert at one of the 10 best live music venues in the US and had shared their excitement on the same. The official Instagram page of Jonas Brothers had written, "First night of three at the Hollywood Bowl tonight! Can’t wait to play tonight’s #WeCanSurvive show at 6 pm Don’t be late!!"

During the concert, Nick Jonas's wife and actor Priyanka Chopra Jonas, Kevin Jonas' wife Danielle Jonas marked their presence. However, Joe Jonas' wife and actor Sophie Turner couldn't make it and her absence was felt immensely thanks to a viral video. In the video, Kevin is seen kissing Danielle amidst the performance, while Nick follows the same with PeeCee. However, Joe teases one of the fans as Sophie wasn't present there.

Priyanka shares a great bond with Sophie and Danielle which is evident via their social media pages. Earlier during an interaction with Indian Express, when Priyanka was asked about J Sisters, she had said, "Might have been me. It actually happened at my bachelorette. It started as a joke that if they are Jonas Brothers, we can be Jonas Sisters since there were all three of us (Danielle, Sophie and Priyanka). It just became a thing."

On quizzed about addressing Sophie, PeeCee had said, "My jethani-devrani? (Laughs out loud.) Sophie calls herself ‘jethani’ (elder sister-in-law). She’s like, She loves being jethani."