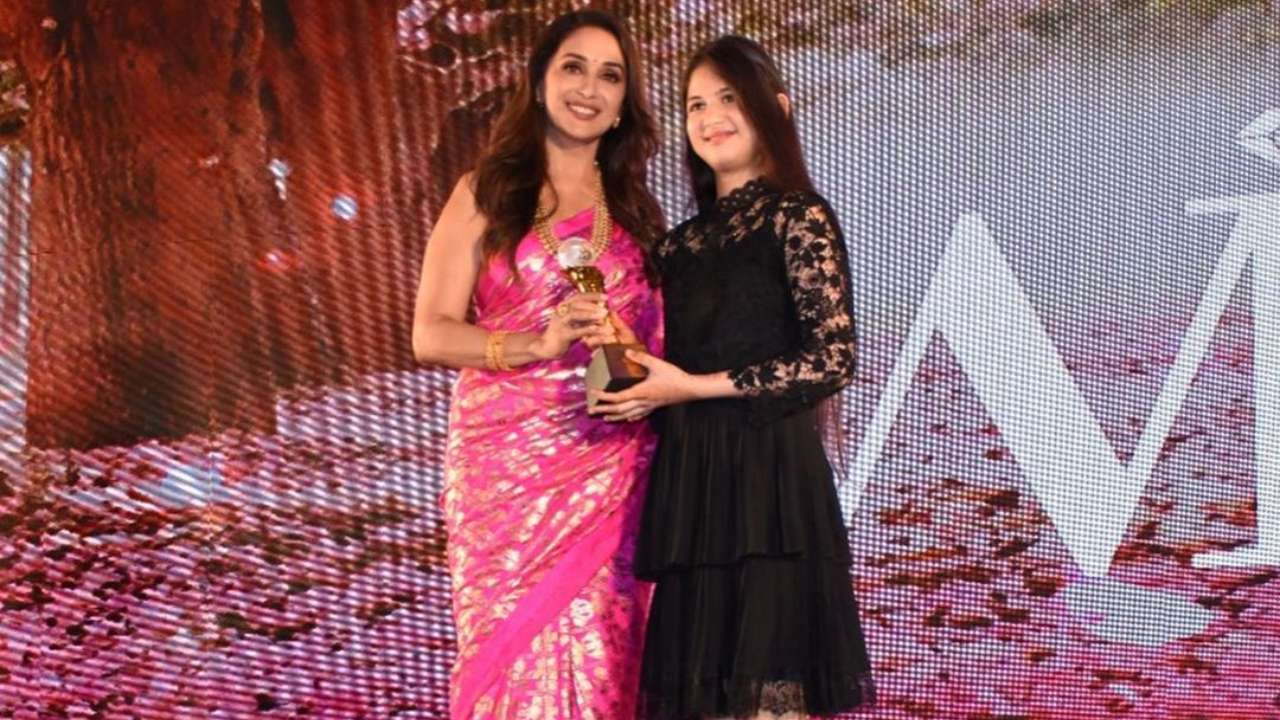 It was back in 2015 when Harshaali Malhotra became everyone's favourite child artist for her role as Munni/Shahida in the film Bajrangi Bhaijaan directed by Kabir Khan. In the film, her scenes with Salman Khan are still etched in our hearts. Soon after that, Harshaali has been hardly seen on the big screen but she has been a part of several TV shows namely Qubool Hai, Laut Aao Trisha and Savdhaan India.

Recently, Harshaali was awarded at Global Business Awards and she received the trophy from none other than Madhuri Dixit-Nene. The child artist took to her Instagram page and shared a series of photos posing with Madhuri on stage where both looked beautiful. The Kalank actor was seen in a hot pink saree while Harshaali wore a black slared frock with sheer neckline and sleeves.

Check it out below:

Harshaali was born in 2008 and she is all of 11 now. There were reports that post-Bajrangi Bhaijaan, she was offered several TV shows offer, but her mother isn't keen on daughter to pursue her career in television. Thus, she has refused many offers which came her way over the years. Harshaali is yet to sign a Bollywood movie, however, she had featured in advertisements with Salman Khan and also Karisma Kapoor.