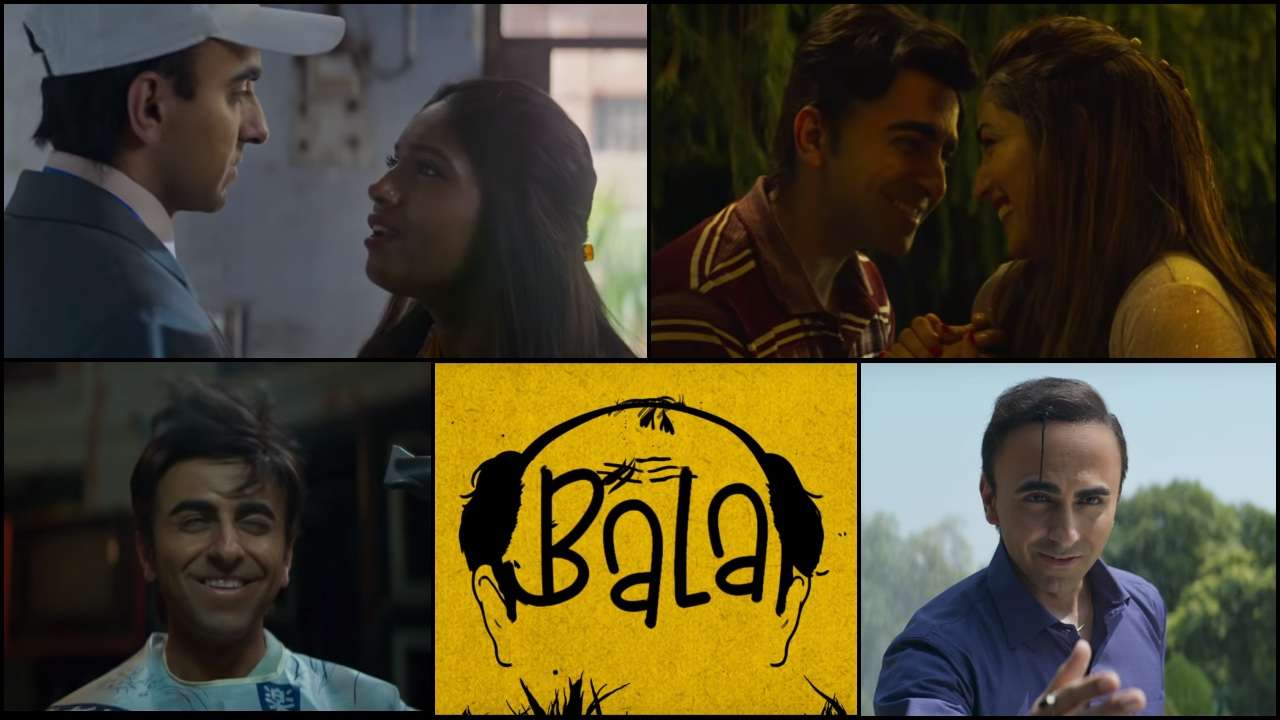 Ayushmann Khurrana after announcing the release prepone of Bala dropped the film's trailer on social media. The film had already created a lot of buzz due to Ayushmann's first look motion poster, but the trailer has increased the anticipation for its release. Starring Bhumi Pednekar and Yami Gautam as the female leads the film tells the tale of a man suffering from premature balding.

The trailer shows, Ayushmann unable to fulfil any of his life dreams due to the hair loss. As a kid due to his long silky hair, he was named Bala but it has now backfired and become a part of eve-teasing. He complains about being demoted, losing his mimicry career and childhood girlfriend because of his hair. Despite all the issues he falls in love with a TikTok star played by Yami Gautam. The trailer shows Bala resorting to using a toupee (hair wig) which leads to many more lies and confusion.

While the trailer focuses on the lead character, Bala and his flawless love interest played by Yami Gautam, we get a small glimpse of Bhumi Pednekar. She looks like she was pulled out of Sonchiriya and given an education. Her character might be the big surprise in the film or just a cameo.