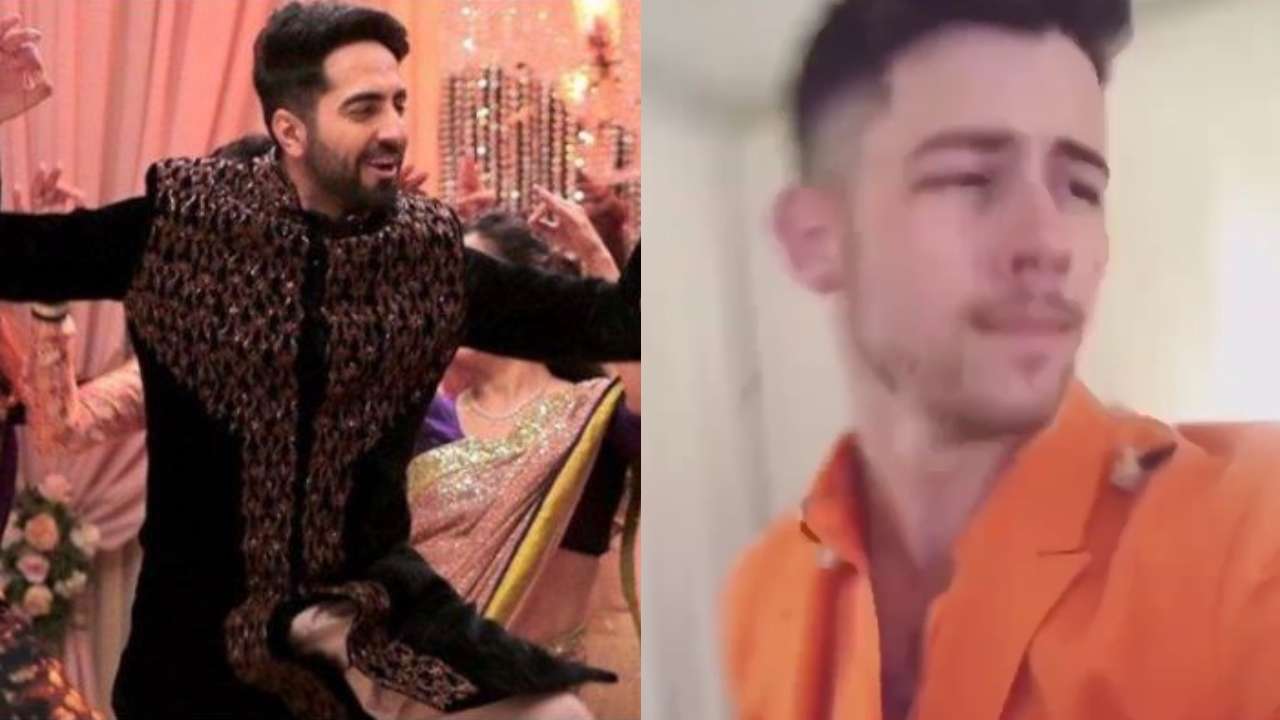 Priyanka Chopra Jonas' husband Nick Jonas is sure a huge fan of Bollywood songs. The pop singer, a recent report suggested hears Hindi numbers before going on stage for his performances. It is believed that dancing to popular Hindi tracks, calms his down before a performance.

Nick recently posted a video as his Instagram story. In this video, Nick, married to 'Desi girl' Priyanka Chopra Jonas, can be seen grooving to Ayushmann Khurrana-Sanya Malhotra's Badhaai Ho number, 'Morni Banke'. The song plays at their engagement party, towards the climax of the film.

While Ayushmann and Sanya had some quirky steps in the dance number, Nick Jonas too grooved like no one's watching on the track which gets your leg shaking. He, honestly, looks hilarious as he shakes his head and hands on the dance number.