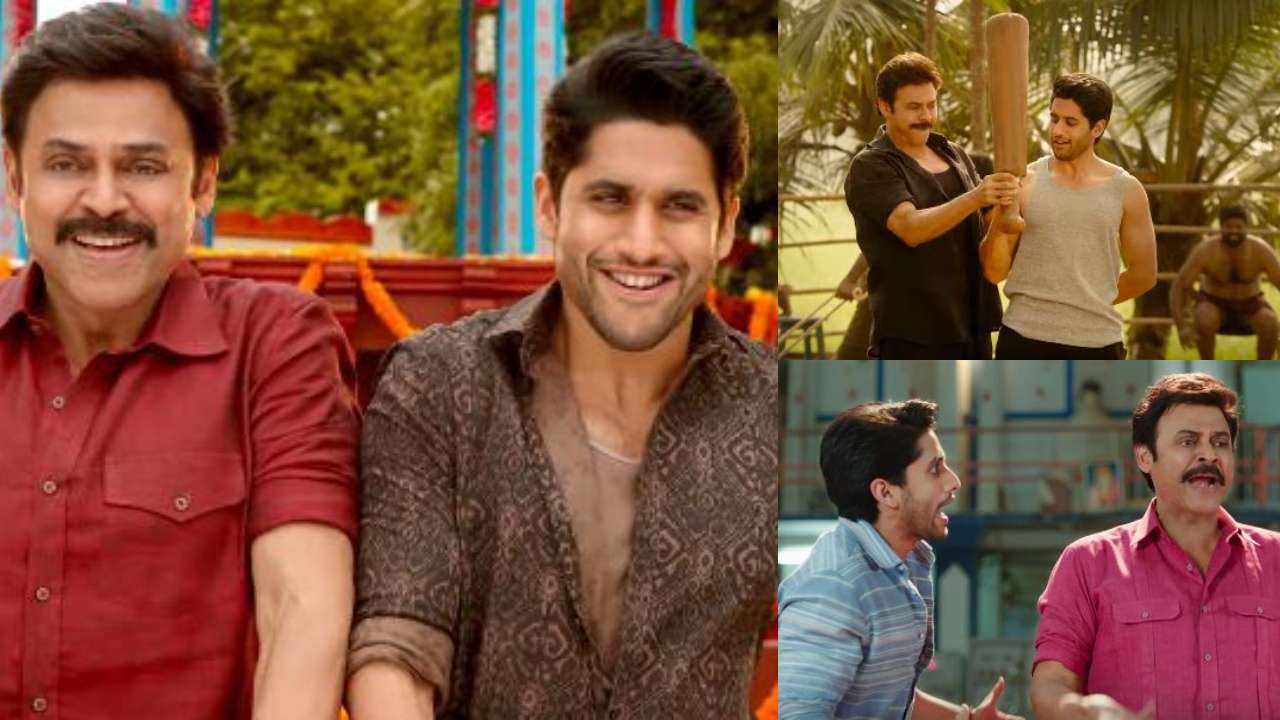 The makers of Venky Mama have finally given us the first glimpse of their upcoming movie on the occasion of Dussehra. The film stars real-life nephew and uncle Daggubati Venkatesh and Naga Chaitanya in a similar role, that of uncle and nephew, even on-screen.

The teaser of Venky Mama, introduces Ventakesh and Naga Chaitanya on a bike, amidst a village filled with greenery. In the very next shot, Venky can be seen teaching Chay the methods of Indian wrestling. Venkatesh and Chaitanya can then be seen taking a walk, where Chay pushes Venky from the back in a fun manner.

Venky Mama teaser further extends to Venkatesh and Naga Chaitanya up for an intense fight. While Venky manages to put up his magical smile, Chaitanya is all serious in the scene. They beat people up together, and the scene seems to introduce us to their characters. It appears that Venky plays a rich farmer, while his nephew Chay plays a soldier in the movie. It is through this scene that we see magical chemistry between the two South Indian film industry.

Venkatesh was last seen in F2 - Fun and Frustration with Varun Tej, Tamannaah Bhatia and Mehreen Pirzada. While talking to Indian Express in an interview, Chay had stated that he found it difficult to match to his uncle's potential, especially after that film. Meanwhile Venky Mama is directed by KS Ravindra (Bobby) and produced by Suresh Babu Productions.