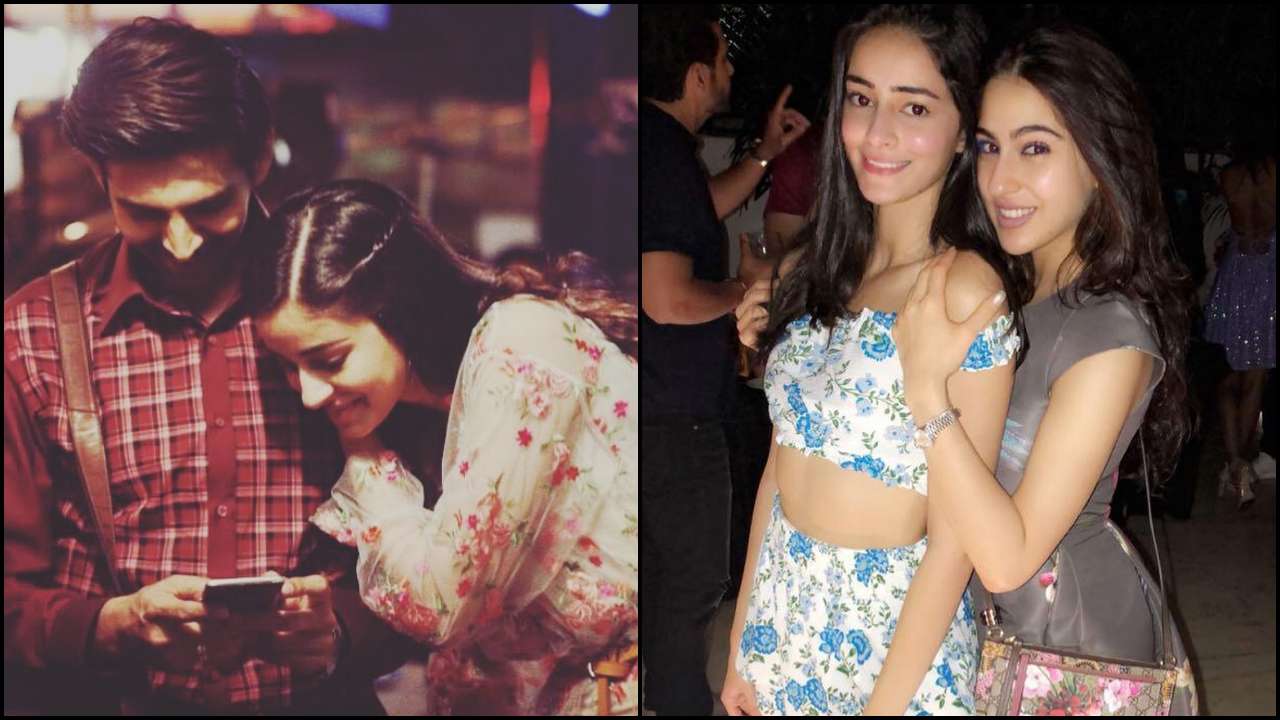 Ananya Panday, over the weekend, wrapped the shoot of her upcoming film, Pati Patni Aur Woh in Lucknow. The film also has Kartik Aaryan and Bhumi Pednekar in the lead roles and is the remake of the hit 1978 film of the same name. The original film had Sanjeev Kumar, Vidya Sinha and Ranjeeta in the main roles. Ananya will be reprising Ranjeeta's role in the remake which is being helmed by Mudassar Aziz.

Although Kartik is rumoured to be dating Sara Ali Khan, there were reports about him and Ananya as well. Moreover, the SOTY 2 actor has also confessed to having a crush on him in several instances. Talking about him, Ananya told Mumbai Mirror, "Kartik is one of my closest industry friends. He is funny and constantly made me laugh while shooting. We have a comfortable equation."

While being quizzed about Sara, Ananya said, "Sara was my senior in school, the two of us were in the same house and participated in a lot of drama competitions."

Earlier, when Sara was about to make her debut in Bollywood, Ananya had shared a photo posing with her and wrote, "Can’t wait to watch you shine tonight!!! Good luck and loads of love always". They even posed together during the wedding reception of Deepika Padukone and Ranveer Singh held last year.

Talking about Pati Patni Aur Woh, the comedy film is set to hit the screens on December 6, 2019. It will be clashing with Ashutosh Gowariker's upcoming directorial, Panipat.