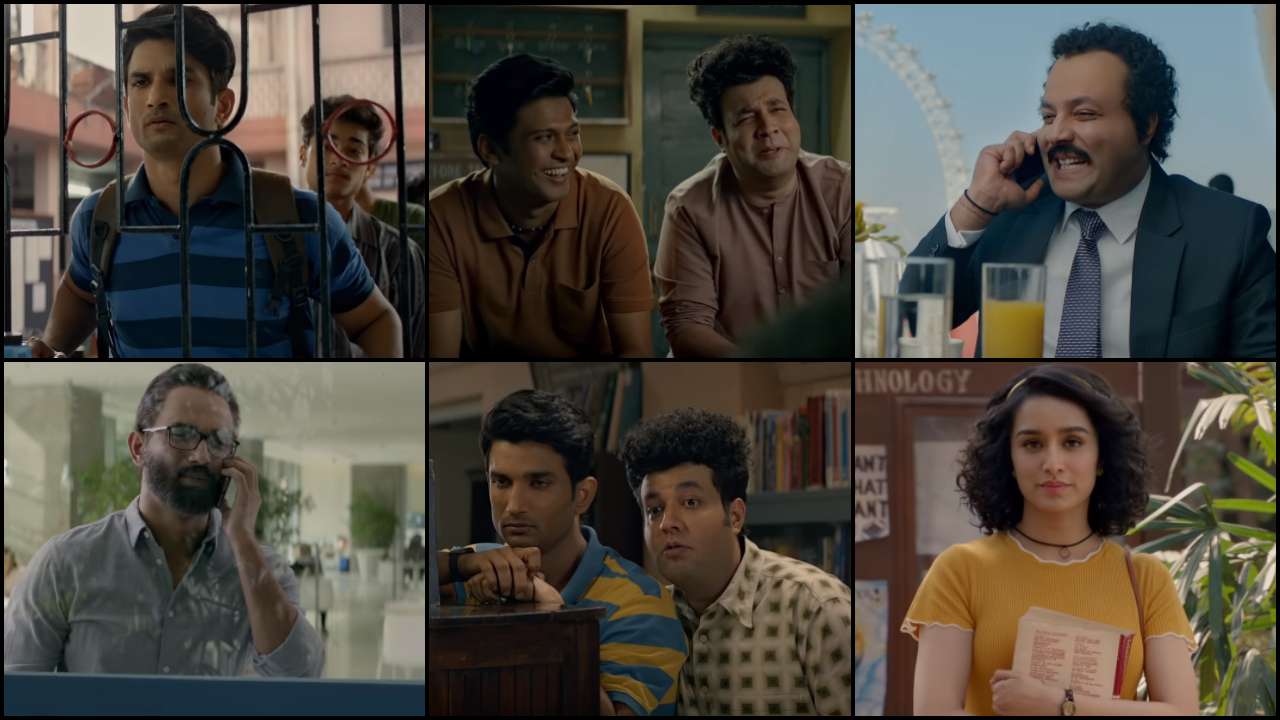 The trailer for Chhichhore was unveiled on the occasion of Friendship Day that is, August 4, 2019. The film will take down people down memory lane during their college days and relive friendship with their long lost friends. The trailer was funny, refreshing and also sweet. Directed by Dangal helmer Nitesh Tiwari, Chhichhore stars Sushant Singh Rajput, Shraddha Kapoor, Varun Sharma, Prateik Babbar, Tahir Raj Bhasin, Naveen Polishetty, Tushar Pandey and Nalneesh Neel in leading roles.

Today, the makers of Chhichhore unveiled the new trailer calling it 'Dosti Special'. In the trailer, they show how seniors of college Varun and Naveen rag the juniors which include Sushant and then they end up become closest of friends eventually. It also showed how a girl attracts the attention of boys instantly once she enters the premise of the college. And out of everyone, there's one who has a genuine crush on the girl. Yes, that's how romance brews between SSR and Shraddha in the film.

Chhichhore is produced by Sajid Nadiadwala and Fox Star Studios. The film is slated to release on September 6, 2019.

Earlier, during an interaction with DNA After Hrs, Tahir opened up about his role in the film. He said, "The original Derek was a rebel who oozed charisma. To inspire me for the part, Nitesh sir took me for a walk around his old campus. The champion’s name is on the sports achievers boards in all the cafeterias and corridors. All the details he told me about his personality, popularity and swag were my ammunition to prep for this role. Hopefully, the original Derek and batchmates from his era will be proud of how I have portrayed him on screen."