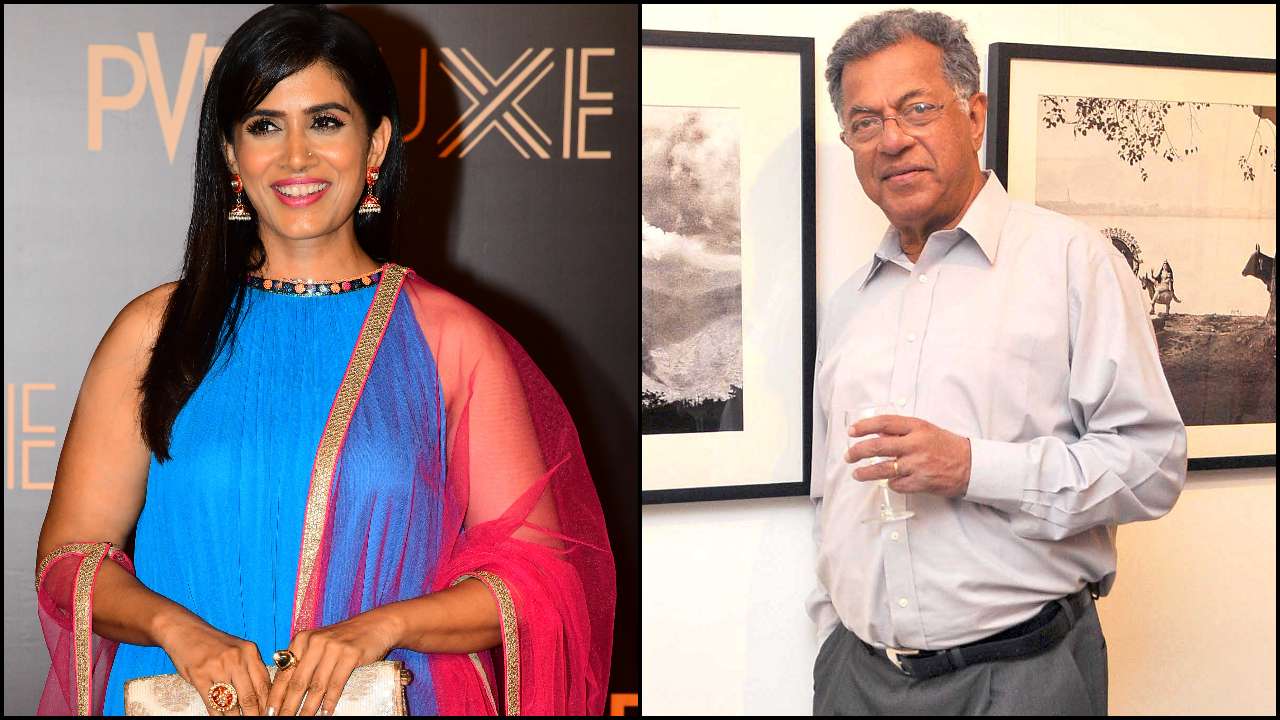 June 11 (AZINS) Sonali Kulkarni made her film debut at the age of 16 with the Kannada film Cheluvi (1992) directed by Girish Karnad, who passed away yesterday at the age of 81. The Dil Chahta Hai actress, who is in Canada spoke to us about the legendary playwright, actor and director, whom she considers her father in the film industry. Over to Sonali...

"I still remember the first time I met Girish uncle. He was casting for 'Cheluvi' and he needed a fresh face. I was 16, I was wearing a new Punjabi suit and had cycled to the venue. I had a complex then and I was pretty under confident. One of  the elderly ladies there asked me, 'why have you come for the audition, only  fair and good looking girls are invited.' I was quite nervous. Pandit Satyadev Dubeyji, who was holding theatre workshops then had sent a message to people who would fit into Girish uncle's description for the audition.

When I met Girish uncle, he asked me what I was doing and at that time I was part of a play 'Apule Maran' by Chintamani Tryambak Khanolkar. He said he had done another play of his, 'Ek Shunya Bajirao'. I never dreamed of doing a film with him, just meeting him was an enriching experience. Since that day I never had any complex!

My casting was done after photo shoots and video auditions. I didn't have a phone those days. My aunt had, she called and told me Girish Karnad is on the line. When I spoke to him, he didn't say he is giving me a break in films, or anything like that. Instead, he said, 'Sonali we have gone through a couple of tests, and you suit the role. Would you like to be 'Cheluvi' of my film?' It was such a cultured question -- he was the epitome of culture. I happened to give him a weird answer. I said I had my mid-term exams coming up, so he wrote a letter to the principal of Fergusson College for permission. I still regret not having a photocopy of that letter. He came across as a fine human being rather than just a good director.

I had kept in touch with Girish uncle. He had an update of what's happening in my career and family life. I still have the letters he wrote to me before we started communicating through email and whats app.

Over a decade ago, he shifted to London for three years as Minister of Culture in the Indian High Commission. I was shooting in London then, and I can't tell you how happy he was to meet my husband, Nachiket, and daughter, Kaveri. When he held Kaveri in his arms, he said, 'Cheluvi' continues to flower and this is the small bud. I had played the title role in 'Cheluvi', who was a flowering girl. I still have a picture of the four of us, and I want to hold onto that moment. There are many such instances. He is my father in the film industry and I am extremely lucky to be his child.

I wanted him to inaugurate my second book, which I am editing now. But some things have to be missed and you have to cherish the memories."