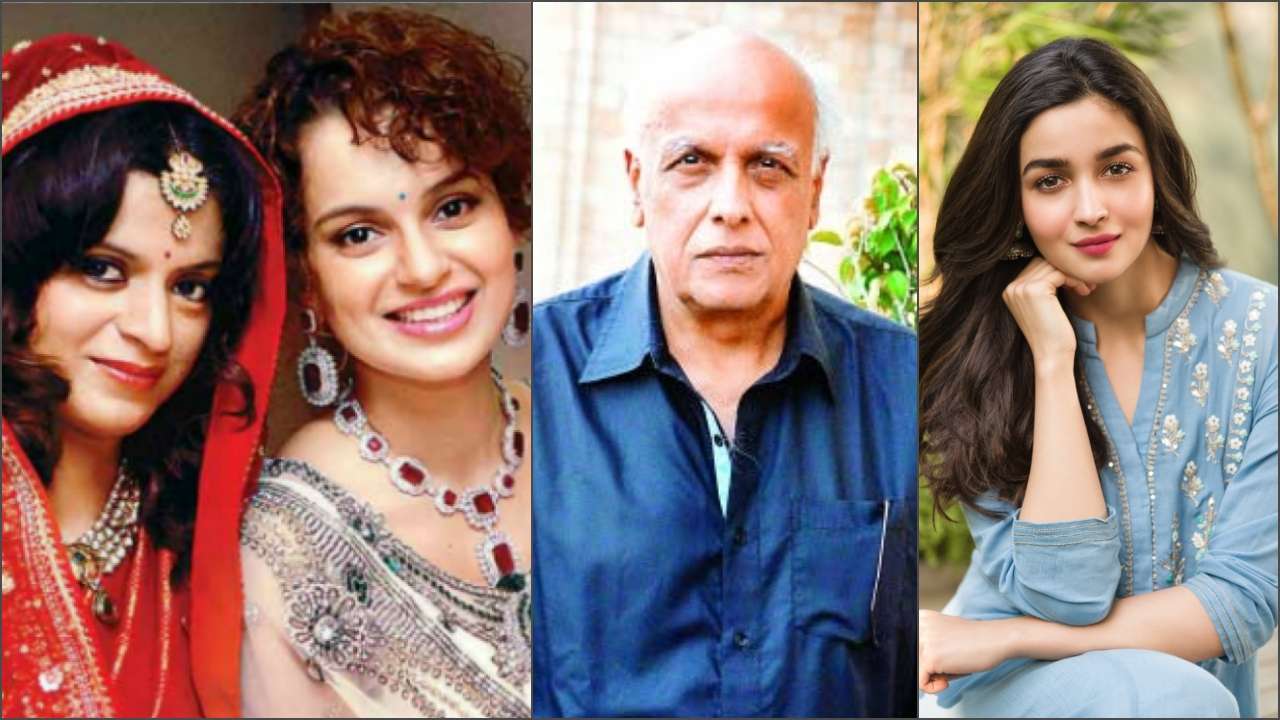 April 16 (AZINS) Looks like Kangana Ranaut's sister Rangoli Chandel isn't done with Alia Bhatt yet. The war of words on social media against Alia, has now embroiled her mother Soni Razdan and father Mahesh Bhatt as well. In a series of fresh tweets, Rangoli has now attacked Mahesh Bhatt and made more sarcastic comments against Alia Bhatt, in an attempt to defend her sister Kangana Ranaut.

It all began when Soni Razdan, in reply to a tweet, wrote about Kangana Ranaut, "Mahesh Bhatt is the man who has given her a break ... she goes on to attack his wife and daughter. Daughter over and over again. What is left to be said then about abusing and hatred I wonder. Apart from character of course. Agenda ? What’s hers ... ?"

Apparently, Razdan's tweet didn't go down well with Rangoli Chandel. She went on a Twitter rant against Mahesh Bhatt and even accused him of throwing a 'chappal' at a 19-year-old Kangana at the preview of her film Woh Lamhe. In her series of tweets, Rangoli wrote, "Dear Soni ji, Mahesh Bhatt never gave her a break, Anurag Basu did, Mahesh Bhatt ji works as a creative director in his brothers production house....(contd) @Soni_Razdan"

"(Contd).... please note that he doesn’t own that production house, after Woh Lamhe when Kangana refused to do a film written by him called ‘Dhokha where he wanted her to play a suicide bomber he got so upset that he not only shouted at her in his office..... (contd) @Soni_Razdan" she added.

Rangoli further shared, ".... but later when she went for Woh Lamhe preview to a theatre he threw chappal on her, he didn’t allow her to see her own film, she cried whole night .... and she was just 19years old . @Soni_Razdan"

Coming back to Alia Bhatt, Rangoli made an array of sarcastic statements, in response to a screenwriter who had tweeted, "Kangna up to her old tricks-pretending ya sis’ handle!! Now that Kangna has achieved fame & fortune why is she still consumed by jealousy towards Alia?"

She went on, "(contd)....whereas poor Kangana surviving because of one sugar daddy who she works for totally free of cost ....  @nina11_arora"

Rangoli concluded, "About Kangana taking over my account .... I wish some day, we can definitely do a live chat!!! But you guys cant even handle me she will toh set this place on fire  @nina11_arora"

Earlier on Tuesday, Rangoli had lashed out against Randeep Hooda when he came out in support of his Highway co-star Alia, on Twitter and applauded her for her commendable work and efforts to outdo herself. Rangoli had then accused Randeep Hooda of harassing Kangana during the film Ungli.