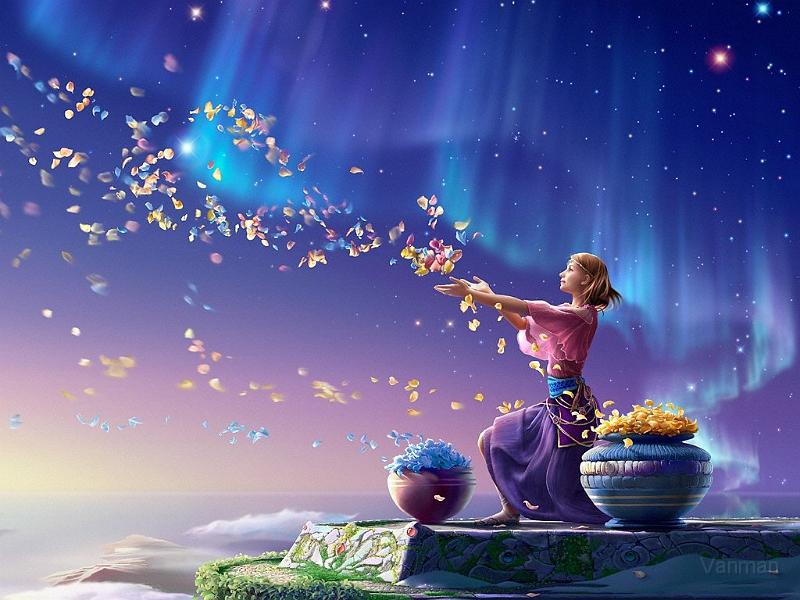 The other day just as I finished evaluating a patient and while she was getting ready to leave, I casually stated, as I always do, “God Bless You”. The response of many people to this statement usually is “Thank you”.  This is what I expected. But I was somewhat surprised when she stated. Doctor! I am 60 years old and have visited countless health providers but I never heard any physician say “God Bless You”. She then added, “I am thankful and am very happy that you said so. It makes me feel much better. Bless you too”.

Many of my readers might think that I am here to praise myself. But this is not the intent. Over many years, these three words have become a part of my life. For what and why, I do not know? To everyone, irrespective of what, who and where one is, at work, home or any other place, I often end up using this statement, sometimes not even realizing about it. But I never thought of checking it out as to what the origin of this salutation was and what it might imply to the people of other cultures with different perspectives than that of mine. When this patient made the above comments, I realized that I must have done something different and made me a bit curious about its use in future. Therefore, I felt a need to find out a bit more about it as to whether I should continue using or should I curtail its use and train myself out of it.  What I found was somewhat surprising!

‘Blessing’ after sneeze actually dates back to ancient times with different cultures and faiths having many stories around it; some with a mere concept of imagination implicating sneezing to be an effort of the body to throw out bad spirits where “Blessings” helped support this process. Another belief, as per ‘Everyday Mysteries’ refers to “having basis in a superstition. People asked for God’s blessing considering that soul was residing in the head as air and seeking God’s blessing prevented sneeze from expelling the spirit”.

Using this statement especially after a sneeze or at the time of parting or writing a valediction and sometimes otherwise too, is fairly well known. As per Wikipedia, it was originally used in Hebrew Bible and later by the Christians. The Clergy used it to bless their congregants individually or in groups. As per National Geographicresearch, as quoted in Wikipedia,“During the plague of AD 590, Pope Gregory 1 ordered increasing number of prayers for divine intercession. Part of his command was that anyone sneezing should be blessed immediately with this pronouncement of ‘God bless you’; since sneezing was often the first sign that someone was falling ill with the plague. By AD 750, it became customary to say ‘God bless you’ as a response to one sneezing”.

Sneezing and ’God Bless you’ may be based upon medical facts. Sneezing causes the pressure of air inside the chest to rise reducing the blood flow to various organs including the heart. This may lead to a momentarily derangement of the rhythm of the heartbeat as stated in a Column ‘Everyday Mysteries’. As Dr. Richard Conti, past President of the American College of Cardiology clarifies that a false belief about stoppage of heart during a sneeze comes from a sensation of having the heart “skip a beat”. A prolonged delay before the heart's next beat makes it more forceful and noticeable as a funny sensation in the throat or upper chest (Ray, 1992).Saying ‘God bless you’ in a way was to thank God for surviving.

Responding to this essay, one of the readers mentioned that the original sentence was ‘God Bless You’ but with time it got shortened to ‘Bless you’ or merely ‘Bless’. If this reader had a choice, he would state, “Welcome back”. Different cultures use different words to thank the Divine after a sneeze. In Bengali, the word stated after sneeze is ‘Jeebo’implying to ‘stay alive’. “There are many cultures especially in mid-east where sneezing is considered a Divine omen or suggestion to wait and be patient while in others it is meant to thank God etc.”

Having reviewed the literature, I believe that one must be cautious before blurting out anything from the mouth, even a simple good wish. Dallas Mitchellon April 28, 2018, responding to a question about making this as part of his wish, stated in Quora “No, of course not. I do not believe in gods, or blessings (at least not supernatural ones), but I say “thank you” or “thank you for your kind thoughts”. On May 8th, Mlynn Johnswent a step further, “The simple answer is! ‘No’. Only those who are superstitious and believe in the origins of this falsehood do. Even as a common courtesy when one says this, it perpetuates the lie”. What a strong statement in my opinion!

The response offered by Laim Randallseemed more palpable. He writes that irrespective of faith, if someone wishes you well and greets you even in their custom or religion, it is ethically polite to wish them back or at least thank them.  This is what I always thought and continue to do so.

I was also enlightened about couple of other things, i.e., the salutation should be such that the receiver on the other end has the capability to exactly understand the intent of the speaker especially in a heterogeneous society. Otherwise it can lead to misunderstanding with its consequences. The user must clearly know the history, origin and full understanding of the use of the greeting being used, especially if that is not a common phrase. In modern day environment, it is not difficult, for uncle Googleis available always and everywhere provided one is willing to seek its help.

*The author of 5 books on diaspora social issues.